Whose House? George and Jennifer’s House!

Teaching has been a constant factor in the lives of George Buri and Jennifer Cheslock. Buri, a history educator at the University of Manitoba and the University of Winnipeg, first began teaching in 2009, shortly before Cheslock moved on from her gig as a high school art teacher to work in theatre.

After two years of working in education and outreach with the Royal Manitoba Theatre Centre, Cheslock took up her current job as the festival manager of the Winnipeg Fringe Theatre Festival.

“For a few months of the year, my job is super hectic,” Cheslock says of the logistical challenges of managing Fringe. “I’m hardly ever home during the month of July.”

This past July was made slightly more hectic for the couple when Buri appeared as a contestant on Jeopardy!. Buri says he and Cheslock are “insufferable” trivia players, so appearing on the show was a natural fit.

“I did the online test (to become a contestant) during my American history class’s exam,” Buri says. “I told them, ‘Keep doing your test, I’m going to be doing this for the next 45 minutes.”

After a whirlwind audition weekend in Kansas City (which included a Rolling Stones concert), Buri made it onto the show. Viewers will remember the episode as a nail-biter in which Buri was narrowly edged out by a fellow history educator.

“It was disappointing to come so close,” Buri says, “but at the same time, it wasn’t like I blew a question I should have known and would kick myself about. I got a question that I never in a million years would have known.” 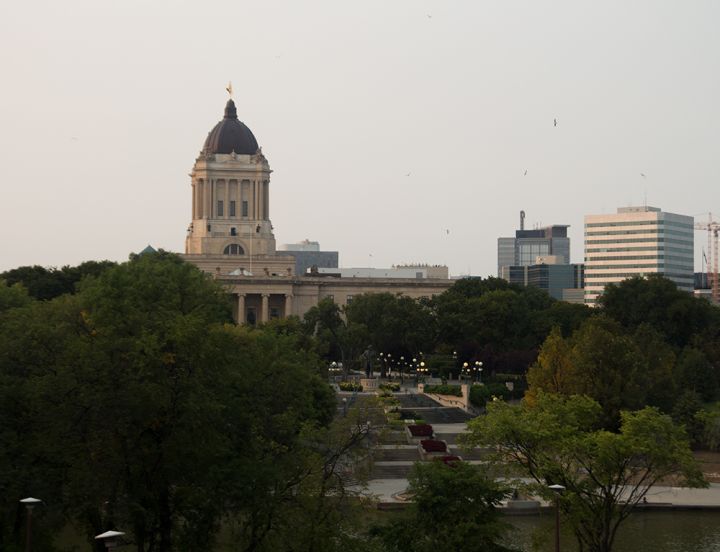 1) View from the balcony

GB: “When we were looking for a place, this is what sold us on it. We walked in and said, ‘We’ve got the Golden Boy right here!’ I have my desk pointed towards it, which is a very specific choice.” 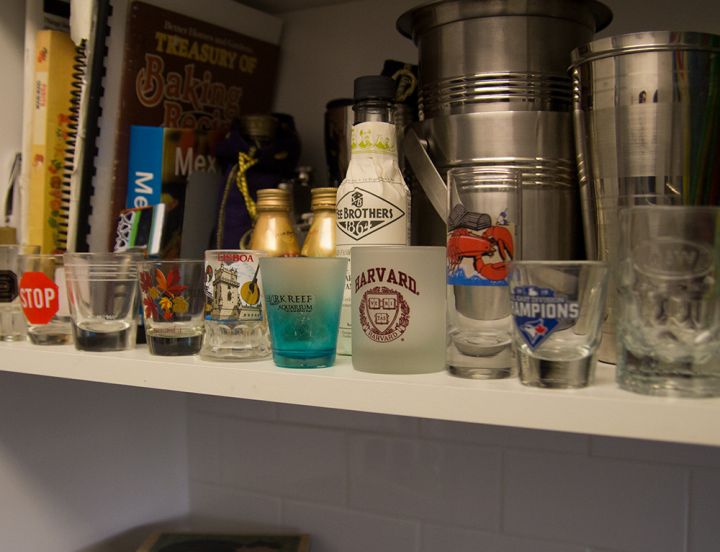 GB: “My sister and I have a tradition where, every time we take a trip somewhere, we buy the other a novelty shot glass. She was just at Harvard, so that’s a recent addition.” 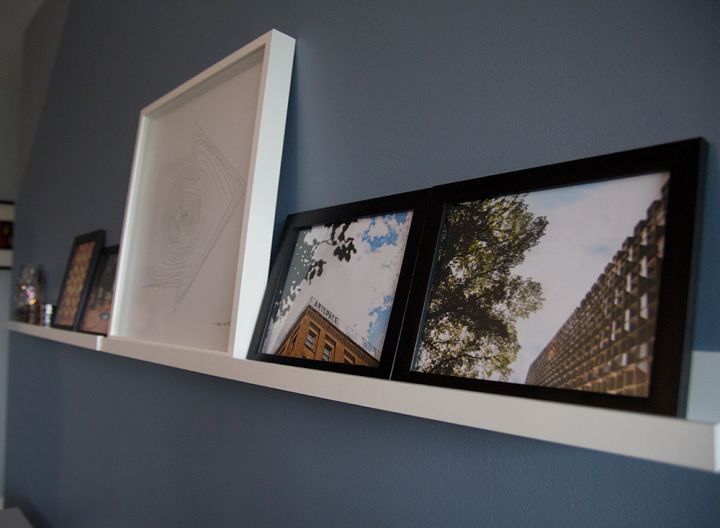 GB: “We’ve got a bunch of photographs from Old Market Square and the Exchange District, which is a cool reminder of Fringe.” 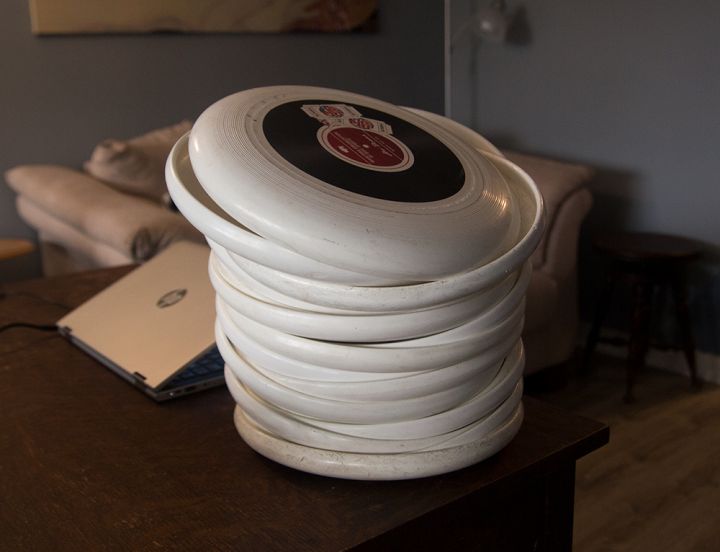 GB: “The big thing we do, other than our jobs, is play ultimate Frisbee. We’ve been to several national championships and play two or three times a week in the summer and winter. This kind of tells you how into ultimate we are.” 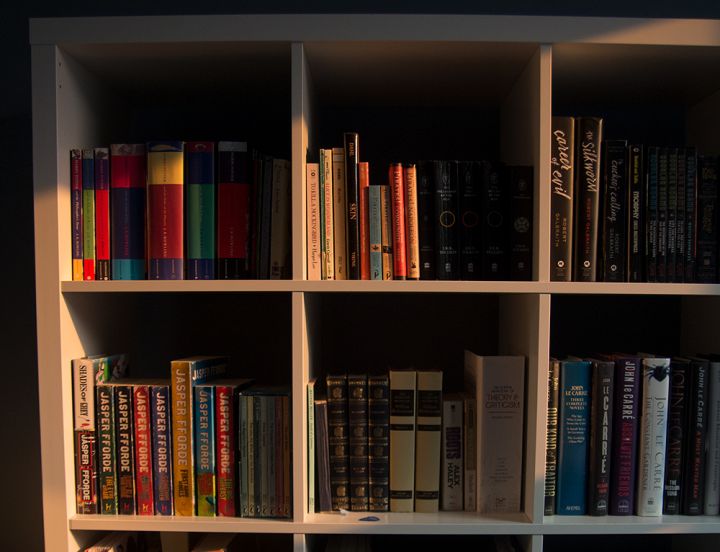 GB: “This is our only bookshelf. I’m breaking the professor stereotype. Tolkien is my favourite author of all time.” 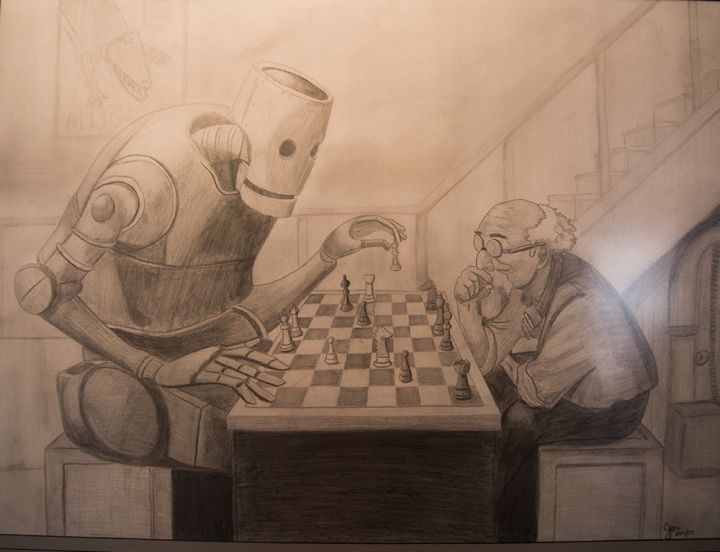 GB: “When Jen went back to school for a while taking art classes, this was one of her projects. The old man is me in the future, and the robot is Jen. They’ve preserved her brain.” 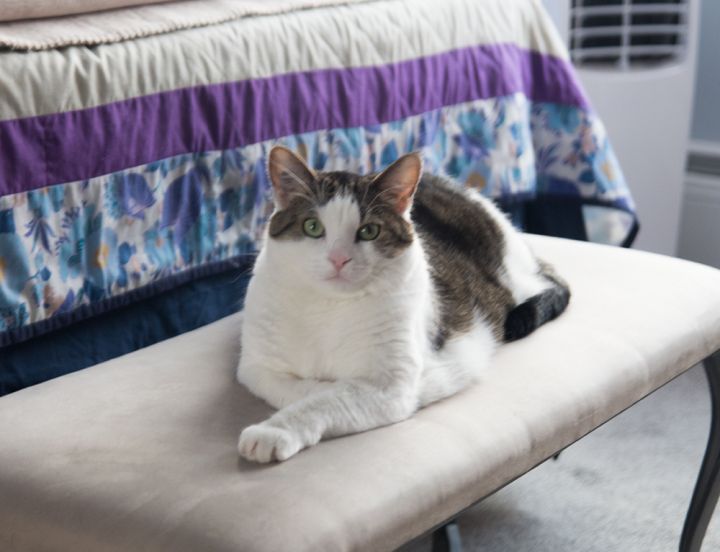 JC: “What’s Athena the god of? Wisdom? Well, our Athena definitely isn’t the god of wisdom.” 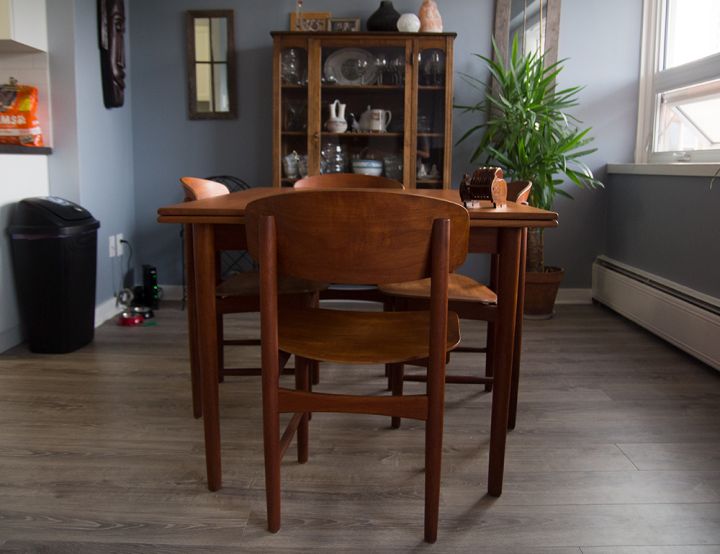 GB: The one cool (piece of furniture) we bought is this Danish modern table.” 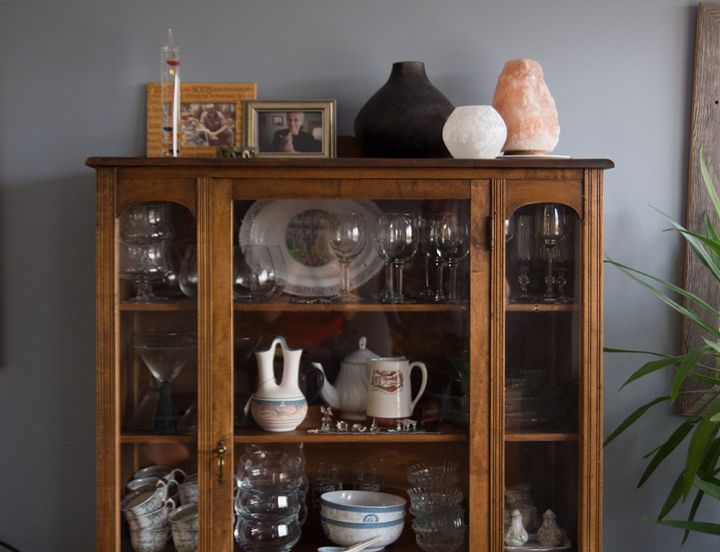