Whose House? Ferro and Steve’s House.

It’s a classic punk rock story. Start a band, learn to play your instruments. In that order. For local punk outfit WHIP, it was the way to go, according to vocalist Ferro Bonham and guitarist Steve Krysko.

“The two of us and our drummer Heidi wanted to see if we could learn instruments that we’d never played before,” Bonham says. “Heidi and I had never been in a band, and Steve had never played guitar.”

While WHIP are far from Krysko’s first band (he’s a veteran of local hardcore groups Modern Problems, Salt Lick and Self Interest), their sound falls outside the typical brand of textbook punk. Their raw, arty post-punk instrumentation and Bonham’s vocals give WHIP a sound that’s more specific and appealing to the nerdiest of punk rock nerds.

“I think a lot of the music we were influenced by was by people with a similar skillset to ours,” Krysko says. “Older Rough Trade bands like The Raincoats and Kleenex, stuff like that. I guess that’s subconsciously what we were thinking of.”

The group has been keeping busy releasing three cassettes in the last year. They’re currently in the process of writing material for an upcoming 7”, most of which is happening in the basement of Bonham and Krysko’s house.

1) Living room
“We spend most of our time here with all our records and tapes and everything,” Krysko says.
“Pretty much everything in the house was either free, from Ikea or thrifted. Basically, what we can live on as cheaply as possible,” Bonham says.

2) Paddington the dog
“He had a bunch of teeth removed this year, so he has a weird face now,” Bonham says.

3) Oscar the dog
“He’s territorial about his food, but he won’t even eat it. He just stands there and guards it from the cats. He’ll eat anything else, other than that food. On walks, he eats crabapples, chokecherries, garbage. Cat food,” Bonham says. 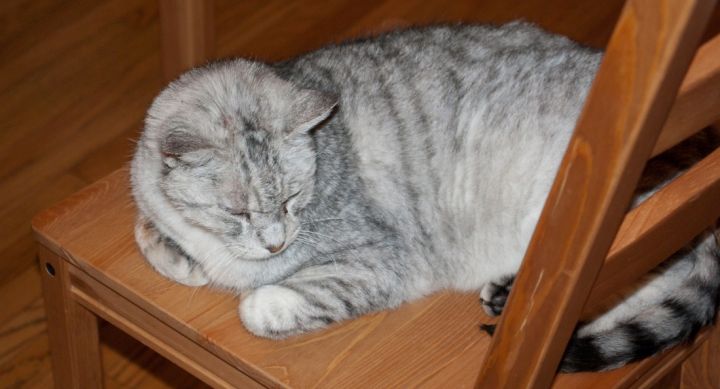 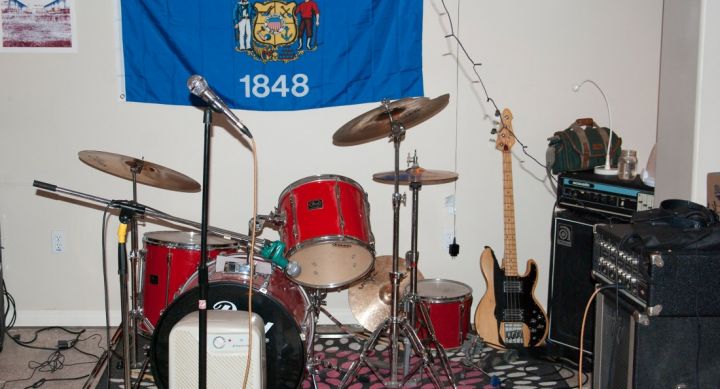 5) Practice space
“The label (who’s releasing our 7”) wants to put something out by us right away, so we’re working on that now. We’re very excited. It’s nice that it’s a label with lots of records on it that we really like from other bands,” Krysko says. 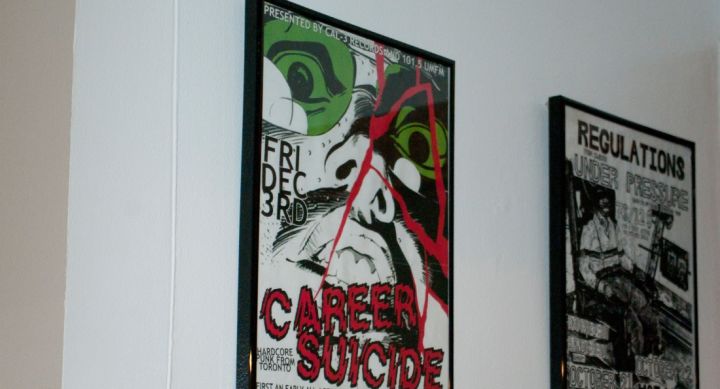 6) Posters
“These are just some posters I saved from (defunct Winnipeg hardcore band) Under Pressure shows from a really long time ago,” Krysko says. 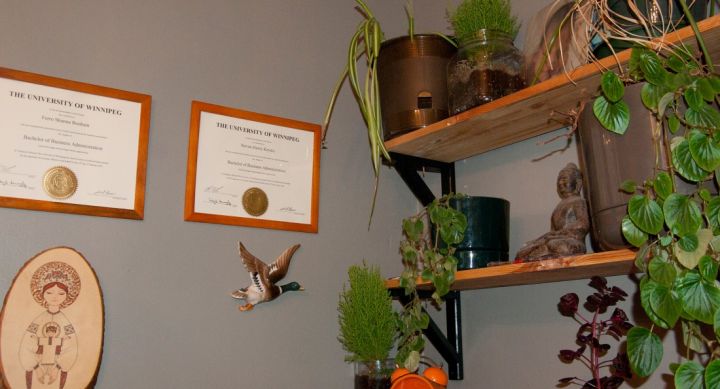 7) Plants
“All of my sick plants. I buy lots of plants, then they die,” Bonham says.

8) University of Winnipeg business degrees
“That was the only degree we could get working full-time during the day and going to school at night,” Bonham says.