Whose House? Darryl and Leanne’s House!

“I have been around the school for my whole life,” Reilly remarks. “My dad was a professor there for years, so I actually grew up in the halls.”

Approaching their 16th anniversary as a couple and their eighth in this cozy little abode, Reilly and Shumka have filled their home with found things.

“We both like things that have a story to them,” Reilly explains. “We’re not really into shiny, new stuff. I’m a bit of a tech geek, but aside from that...”

The pair’s personalities have permeated the home inside and out. A basement jam space decked out with velvet paintings and vintage instruments is counterbalanced by a ladies’ dressing room complete with a stunning Art Deco vanity. The most collaboratively conceived space, however, is their backyard haven.

“This was just weeds and gravel,” Reilly says. “There was a scrap elm that was half dead, and that was it.”

A pergola built with reclaimed and salvaged material is draped in concord grape vines.

Planters are filled with tomatoes, herbs, peppers and squash. Dotted with mismatched pots and chairs, the space offers everyone who enters an opportunity to find their own favourite spot.

“It’s been a lot of years of work to get it to where it is today.” Shumka admits.

At least it’s been a labour of love. 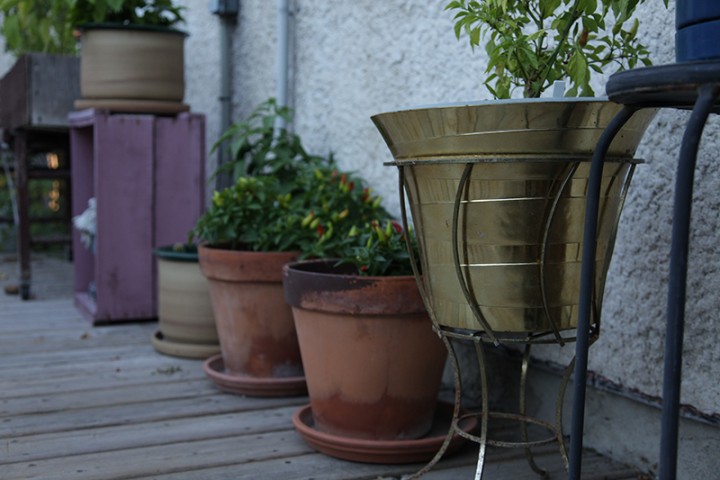 LS: “We’ve got green bell peppers, thai matchbox peppers, jalapeño that is falling over because it’s so heavy. This is my habanero. At the very end, there’s a cayenne.” 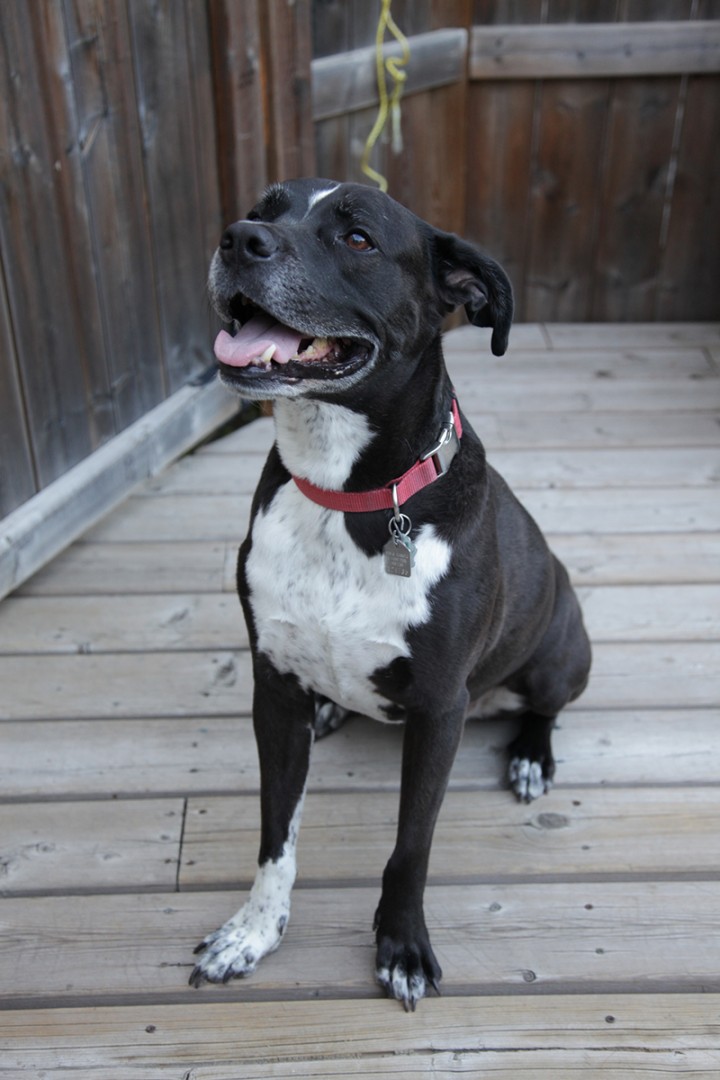 LS: “He showed up at our wedding social at the Ukrainian Labour Temple. He smelled the food, I guess, and kept trying to get in. My friend took him to the Winnipeg (Animal Services Agency), but I called the following weekend to find out what happened to him. No one claimed him. We were both on the fence, but then Darryl said that if we got him we’d have to name him Elwood because he looks like he’s wearing a suit like the Blues Brothers.”
DR: “Then, she’s just like ‘You just named
the dog, so we’re getting it.’” 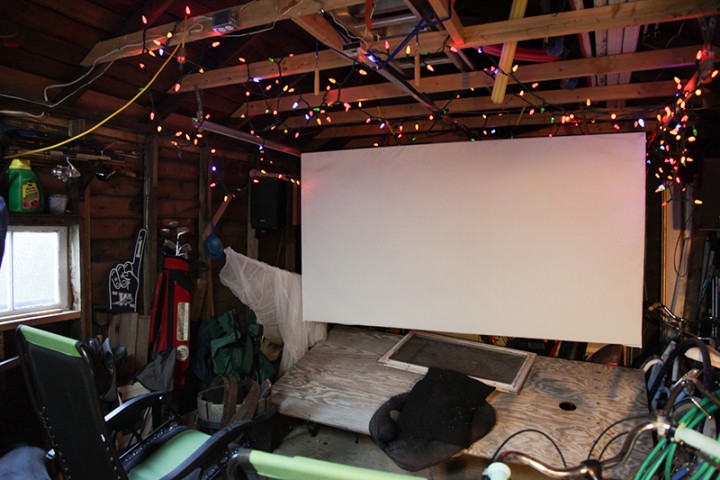 LS: “We probably use it more in the fall than we do in the summer. He plays the Jets and I watch RuPaul’s Drag Race.“ 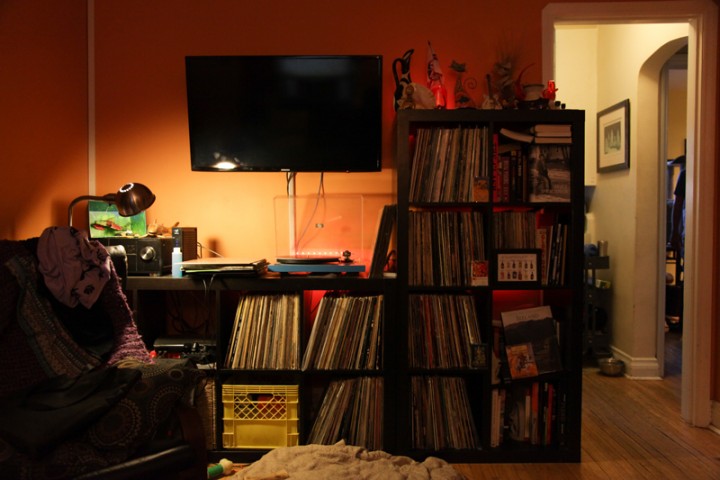 DR: “I love vinyl. I really like old music. I love the authenticity of everyone just sitting or standing around a mic and just playing and depending on musicians being able to pull out their best performances. For some reason, it’s captured better.” 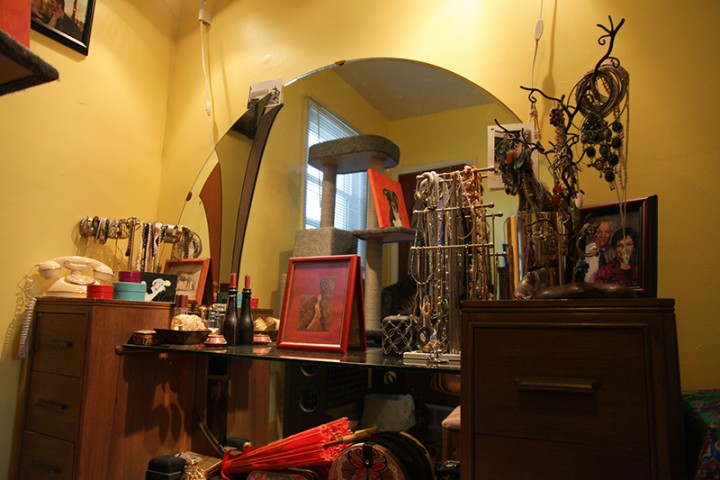 LS: “My prized possession. I found it in an
antique store in The Exchange. Darryl and his family bought it for me for Christmas with the original stool. I love it even though it’s giant. My piano actually resides in another house, because it was either or. I couldn’t have both.” 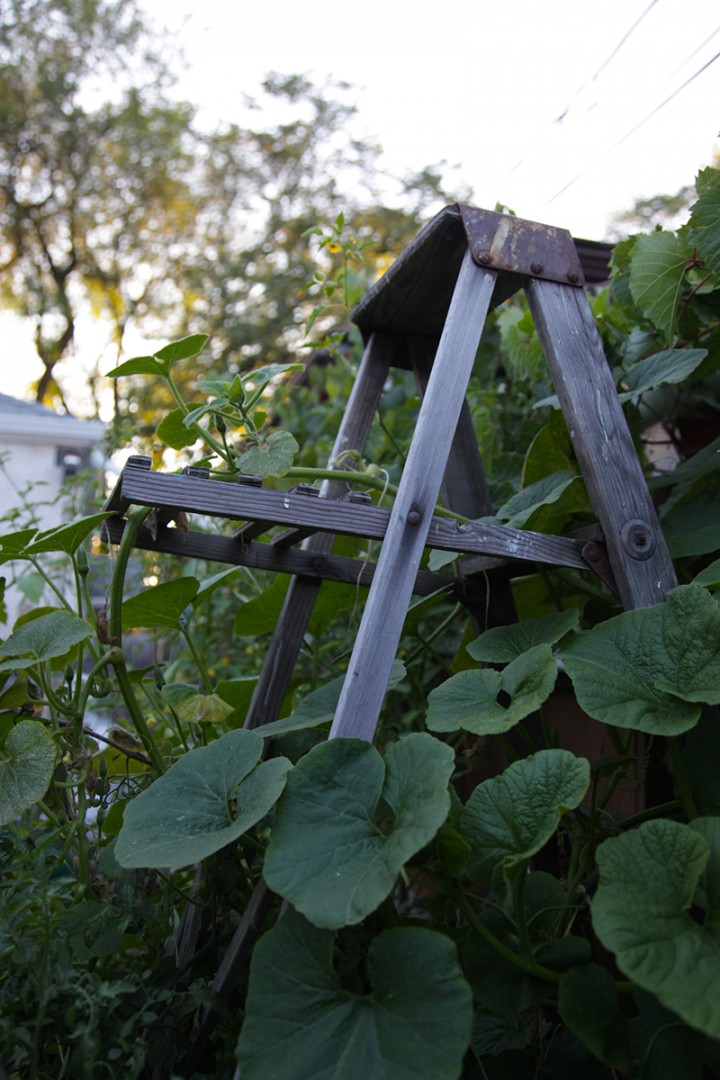 DR: “This is the first year the grapes have grown all along the back fence. Last year, that back fence was just bare. It was a big deal for me. We were watching (the vines) come together, because one grew this way and one grew this way, and then they met!”