With files from Simeon Rusnak

The story of how musician Daniel Guezen found his West End home is truly a tale of two Andreas.

“I knew someone named Andrea from a bunch of my French classes,” Guezen explains. “She worked at the Folk Festival with my other roommate, Andrea, who owns the house. She told me the basement was opened. (The previous tenant) told me, ‘I’m moving to Alberta, but I can’t take all this furniture with me.’ So he left me a bed, some dressers, a desk and a couch.” 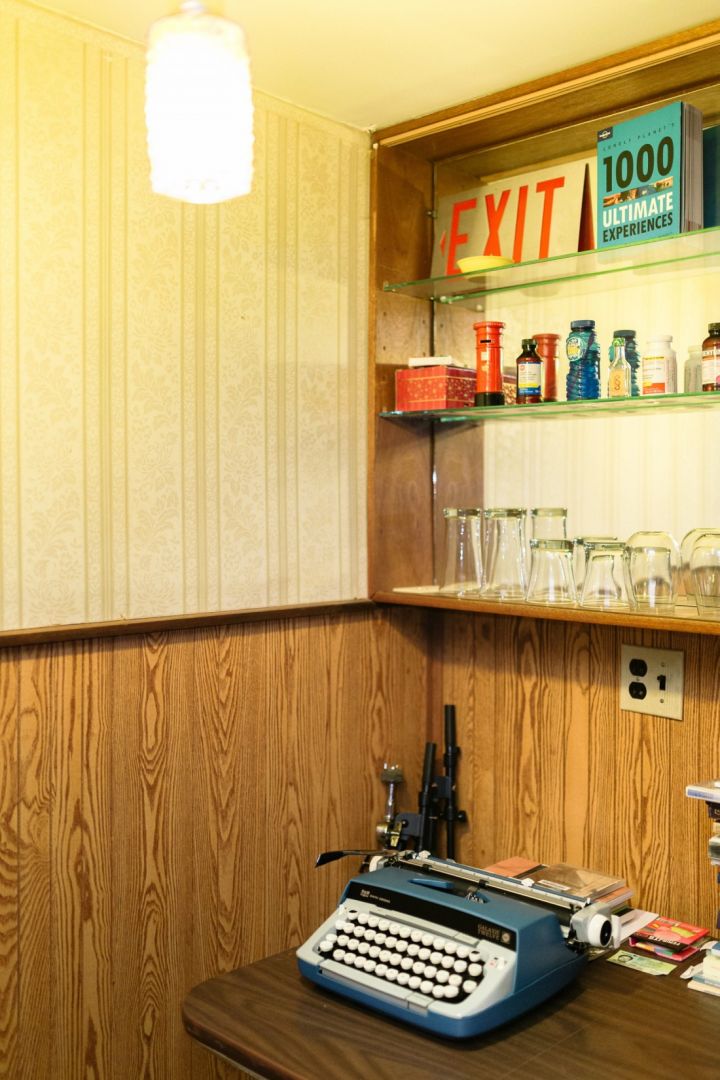 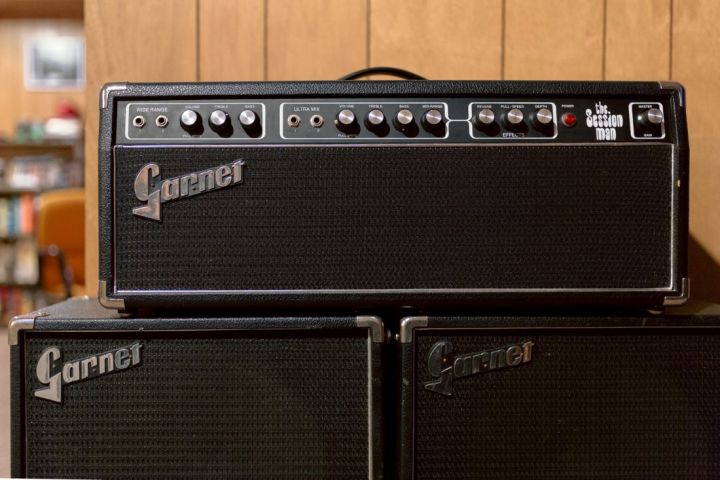 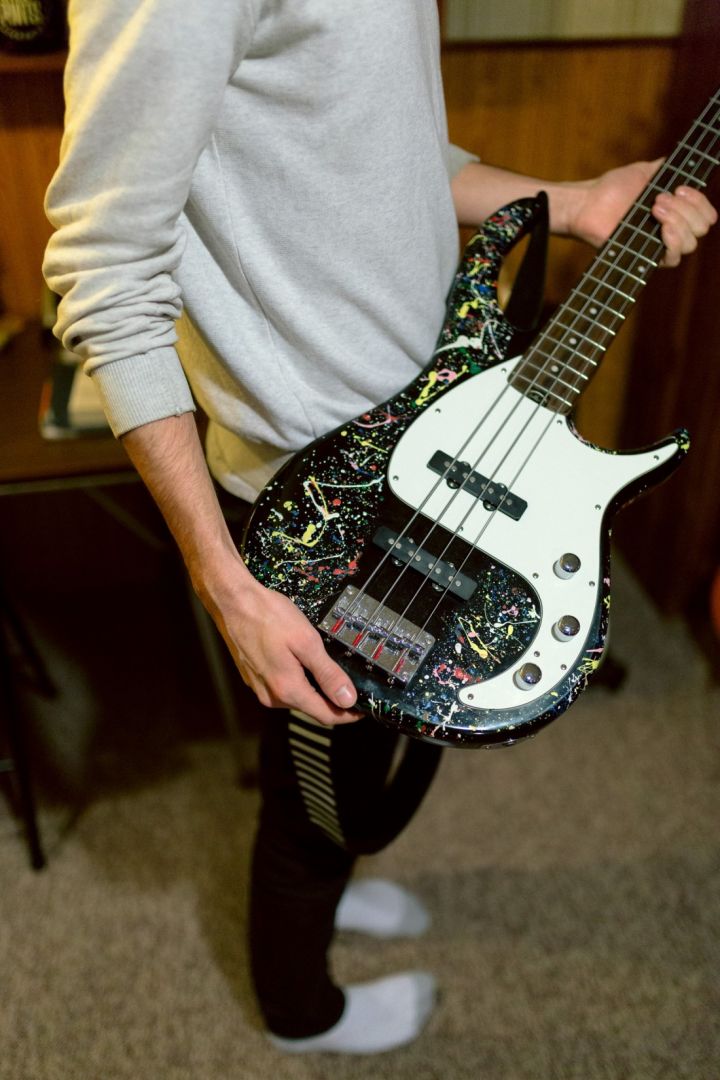 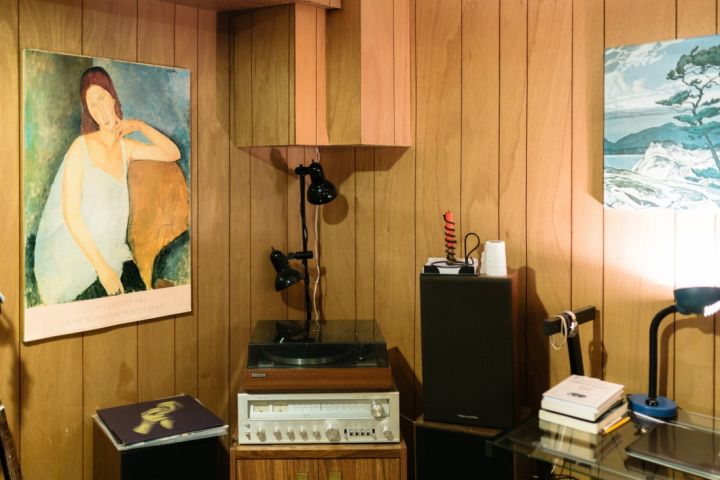 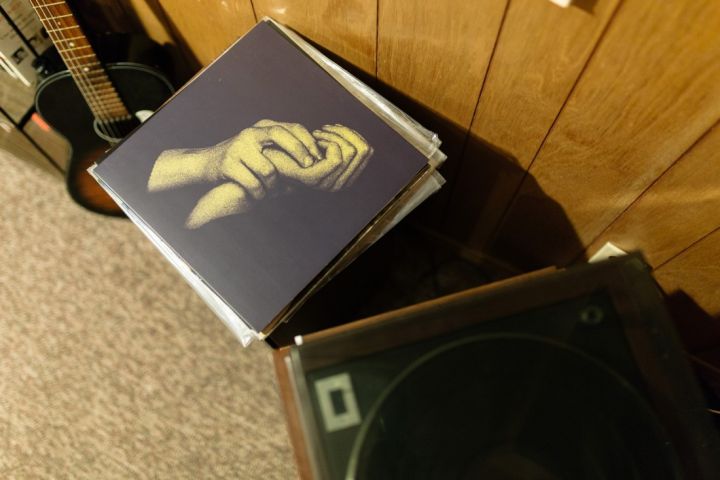 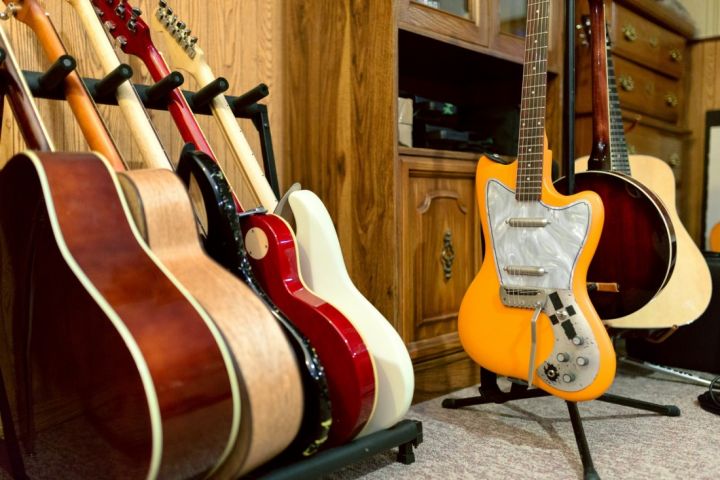 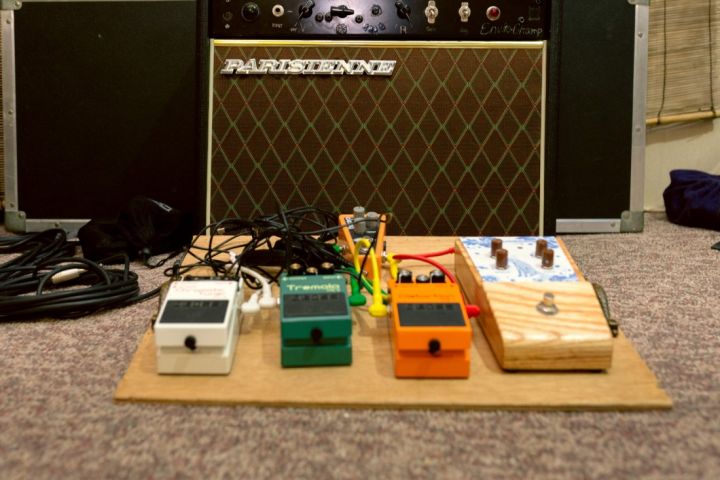 “Just for the hell of it, I have this Twitter account reviewing sweet potato fries around town,” Guezen says. “It’s called @SweetPotatoWPG. Bartley Kives went out of his way to follow me on there, and corrected me on the difference between yams and sweet potatoes. So he was in my consciousness, and I like wordplay. For some reason ‘knives’ popped into my head.”

“For the last four or five years, I’ve used this to type up poems I write. My parents used to always get on my case about using the computer printer, because ink is awfully expensive. They’re not very economical at all. And I was like, ‘Well, I can buy a typewriter ink ribbon for $3.50.’ It’s so much cheaper, and it’s fun for the editing process. This one I got at Value Village. It came in a briefcase.”

“I was reading Sheldon Birnie’s Whose House in December. He had a Garnet amp, and I’d gotten this one just that week! I put an ad on Kijiji saying, ‘I want a Garnet combo.’ This guy replied saying, ‘I have a Garnet. It’s not a combo, but it’s mostly unused.’ The guy’s dad bought it in 1979 to play accordion through, and he hadn’t used it since 1980.”

“I made this with my best friend in high school. He was like, ‘This is boring, let’s do something different with it.’ We covered [the hardware] in painter’s tape, and then just took dollar store paints and splattered the whole thing.”

“I like records and reading the liner notes. This Patti Smith record I had, Wave, I was reading the liner notes, and a song was dedicated to this Italian painter and his mistress that he painted. And I was like, ‘Oh, I’ve never heard of Amedeo Modigliani or Jeanne Hebuterne.’ And the next day at Value Village, there’s that print of a painting by Amedeo Modigliani of Jeanne Hebuterne.”

“(Jalbert) opened for Chad Vangaalen last year. She posted on Facebook asking where she and her four-piece band could sleep. They crashed here, and she gave me that in exchange. It’s totally out of print.

“I got it off a kid in St. Vital. It was funny. When I went to buy it, his mom was talking to him in French, telling him to try and get more money out of me. They didn’t know I could speak French. I was like, ‘I’m prepared to pay $200 and no more.’ Orange is my favourite colour, so it’s nice to have an orange guitar.”

“This Vox amp died on me. I had somebody rebuild it with a Fender Champ inside, so I didn’t want the Vox label on it. My grandpa just found this Pontiac Parisienne logo. Someone had scratched it right off the car in the parkade of their apartment building.”

“It’s by this company in Pennsylvania that just makes the one pedal. I was like, ‘I’m Dutch!’ It looks like a wooden shoe and it has this delfts blauw art on it. It’s a distortion pedal with a kazoo filter.”