Whose House? Christopher and Caroline’s house

In dialogue about stress management and self-care, there’s often an emphasis on separating work life and home life. But for housemates Caroline Thiessen and Christopher Oates, blurring the line between home and work has been a positive move.

Thiessen, who has worked as a hair stylist for five years, made the decision to leave the salon behind two years ago. She now cuts hair out of her home, a move she says has been beneficial for herself as well as her clients.

“For part of the year, I go and plant trees,” Thiessen says. “Working out of my home and having my own studio has given me time to travel, to leave town and to do other things. It’s allowed me a lot more freedom.”

Oates, between shifts at his day job at Saje Natural Wellness, uses his free time to make art. It’s a job he also does from home.

“We just recently set up an arts space at home,” Oates says, “though we’re not using it to its full advantage yet. But soon I feel we’ll both be using it as a sewing space and for drafting and stuff.”

It’s a relaxed and integrated approach that’s echoed by their home’s aesthetic, a look that Oates describes as “made before 1975.”

“Most of my furniture is from my grandma,” he says.

“Everything I own is usually used or secondhand, too,” Thiessen says. 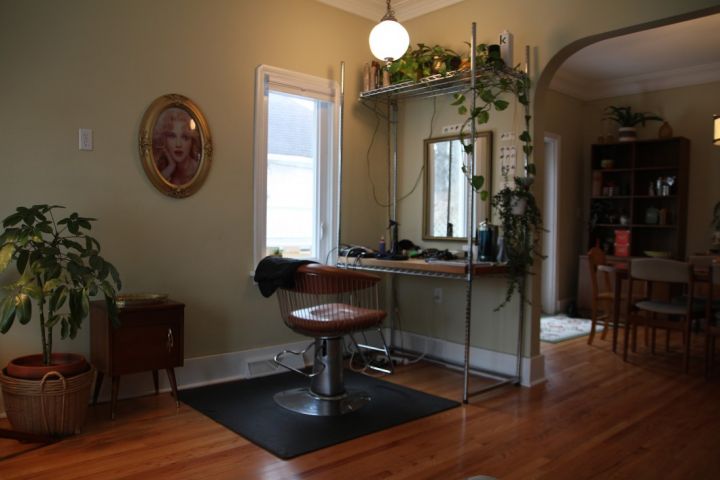 1) Hair studio CT: “The home studio creates a completely different vibe than at a salon. I enjoy it. Folks come in, and it’s calm and relaxed. We can play the music we want. It’s more casual. People can bring their kids, which is convenient.”

1) Scarlett Johansson portrait CO: “Scarjo is a focal point wherever I live. The frame is from my great-grandparents, but I didn’t have a picture large enough to fit it. Then I took this transparency from a fragrance ad when I worked at The Bay. It’s a limited-edition perfume that’ll never launch again, so I don’t think they’ll miss it.” 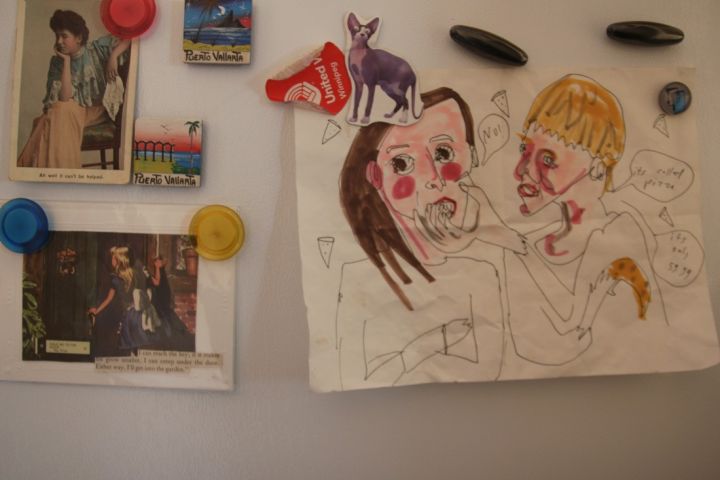 2) Fridge art CT: “This is a drawing of my friend and I done by (artist and rapper) Pat Skene. He was sketching us as I was feeding her pizza and making fun of how expensive it was.” 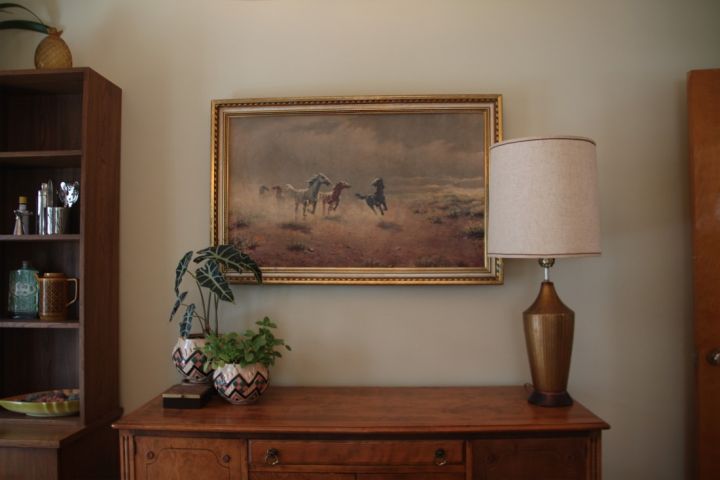 3) Horse painting CT: “This is a secondhand art piece I really love. It was supposed to be $40, but the back is ripped, so I talked them down. But since then, I’ve seen like five other copies of this exact painting in other places.” 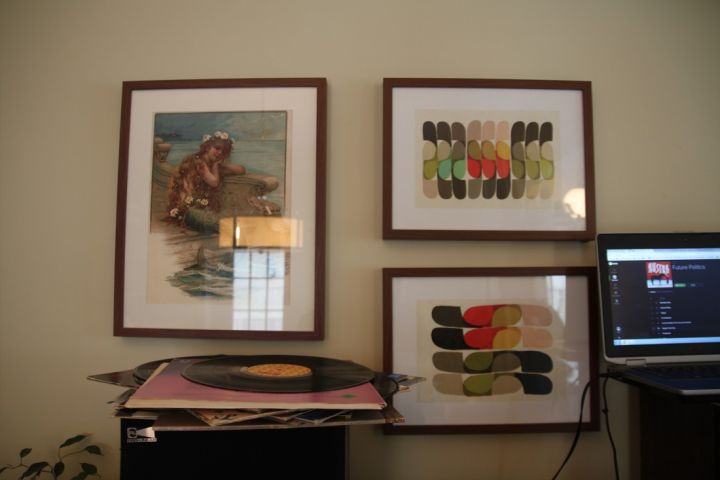 4) Art prints CO: “I got the mermaid secondhand from AAA Consignment on Osborne. The frames and the other prints are from IKEA. I saw the prints and thought, ‘That’s my colour pallette!’” 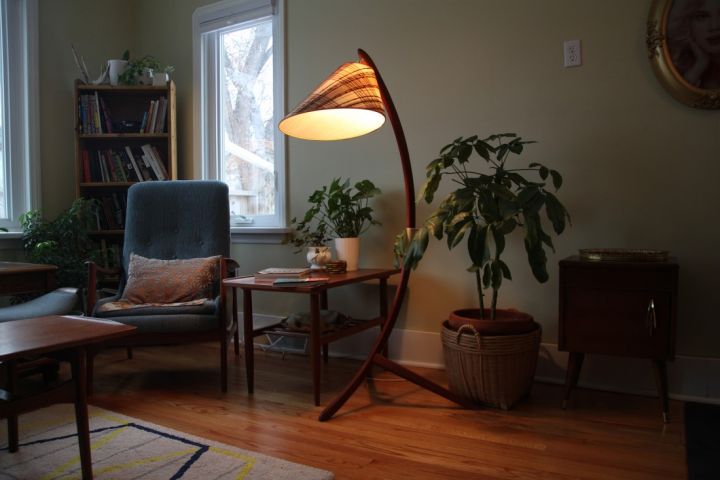 5) Lamp CO: “This was my ex’s grandpa’s. His parents were saying he might like it, but really, they all knew how much it was my style. We weren’t even together anymore, and he still gave it to me. It was nice of him, because he knew it would go with all my furniture.” 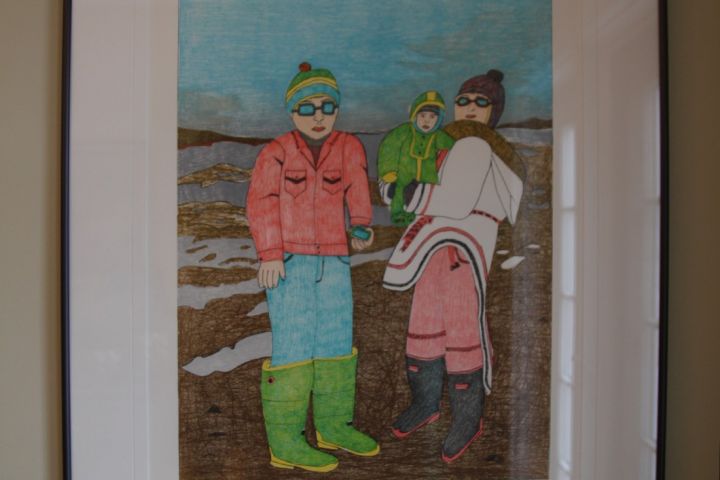 6) Nunavut print CT: “This is an important piece of art to me. I went up to Cape Dorset doing the census. I got this print up there while spending a lot of time in Nunavut … It's by the artist Kudluajuk Ashoona.”