Christine Fellows greets me at the door and immediately offers a cup of ginger tea, and it barely takes half a moment to feel welcomed and warmed. Fellows and John K Samson are each notable musicians, writers and all-around creators with a vast body of work between them.

Fellows recently released both an album and poetry collection titled Burning Daylight, which she is preparing to tour through the Yukon and BC.

“I started writing it up in Dawson (City, Yukon) when we were the songwriters in residence in Dawson in 2011. So I started it back then, and I always said when I finished that I wanted to bring it back up there. Because it’s all inspired by Jack London stories, which are big in the North because he was writing about the Klondike,” Fellows explains.

Samson may be most known through legendary Winnipeg band the Weakerthans, as well as his solo songwriting from the past five years. He joined us in the kitchen for a bit, and then retreated upstairs to his office as we explored the bright living room walls lined with work by local creators.

“This is all Winnipeg here. Simon Hughes, Alicia Smith, I love this actually, I love her, this thing she does where she always has this extracted bit,” Fellows explains as we pause at the work that also makes up the cover art of Samson’s City Route 85 7”.

Art and music go hand-in-hand throughout the house. A painting by Takashi Iwasaki leads into a conversation about a piano he was decorating for a cancelled art project, which still lives in an office that Fellows and Samson share. Christine relocated her office to a room next door, replete with day bed, piano, multiple ukuleles, computer and the most organized wall of cables I’ve ever seen.

As we meander through the house, Fellows points out little mementos and pieces of art that read like a living archive of the creative community they are both immersed in. 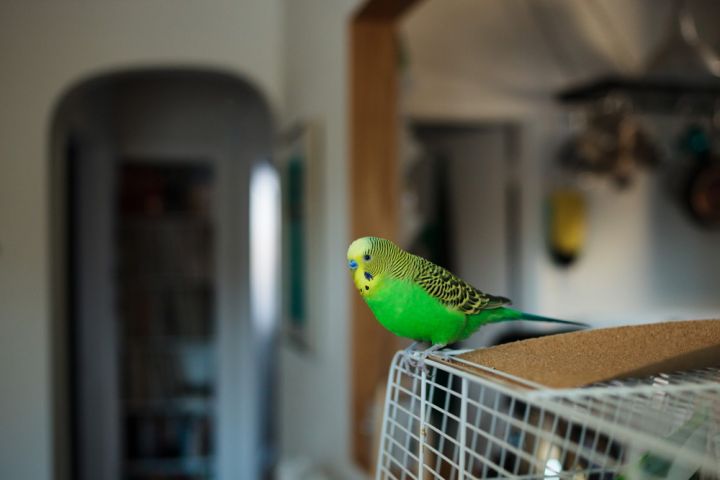 “It changes winter a bit when you have a little something like this. I know they’re kind of ordinary creatures as far as creatures go that people have as pets, but for me, I’ve never had a bird before.” 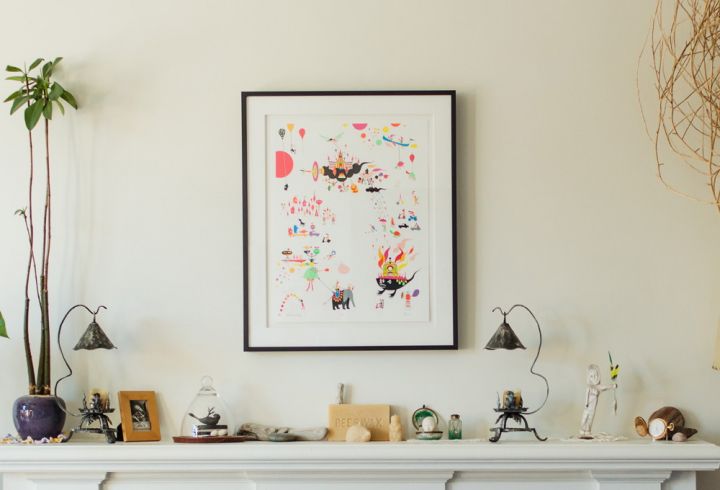 “I gave that to him for his birthday, that was his one true wish… if you kind of stare into it for a long time, you can see all the weird details.” 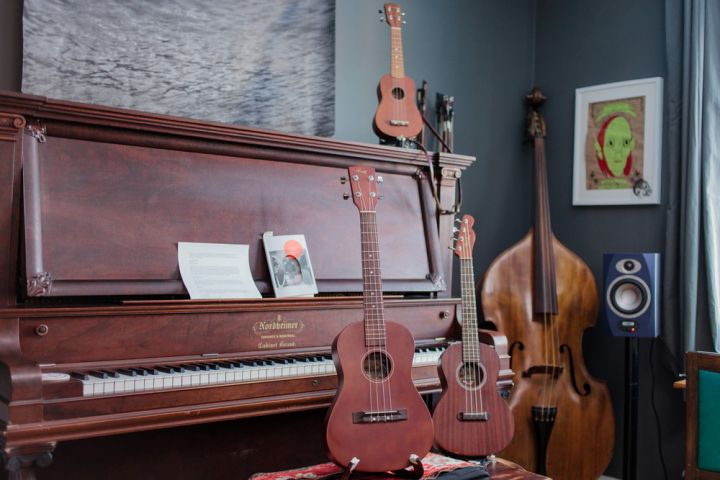 “I’ve been doing a show with my friend Shary Boyle in February that we’re touring and it’s all ukuleles. I’ve got the three sizes.” 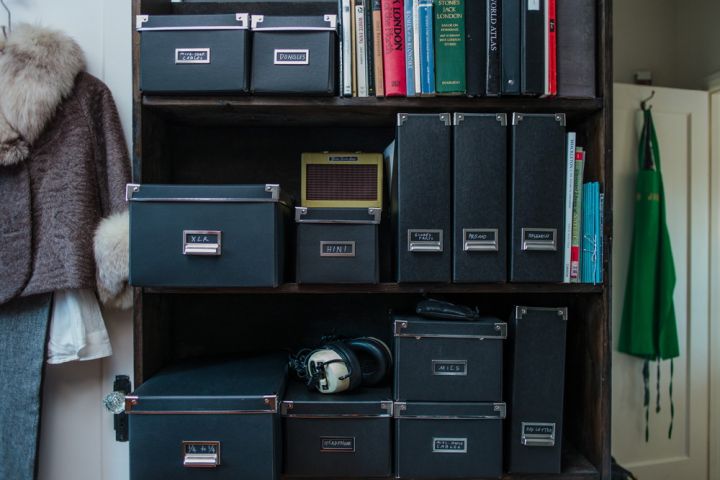 4) An impressively organized system for cables 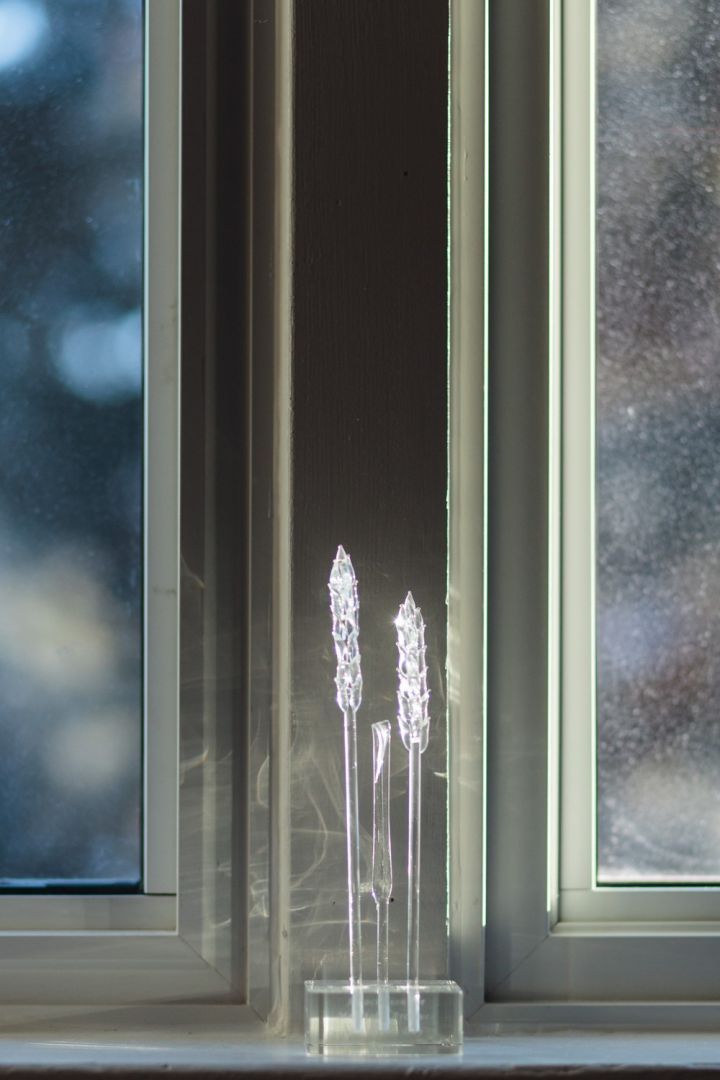 “It’s his most prized award. That’s a very special award. And we had to go to a ceremony at CMU, and they had a hot buffet, you know with chicken balls and all that.” 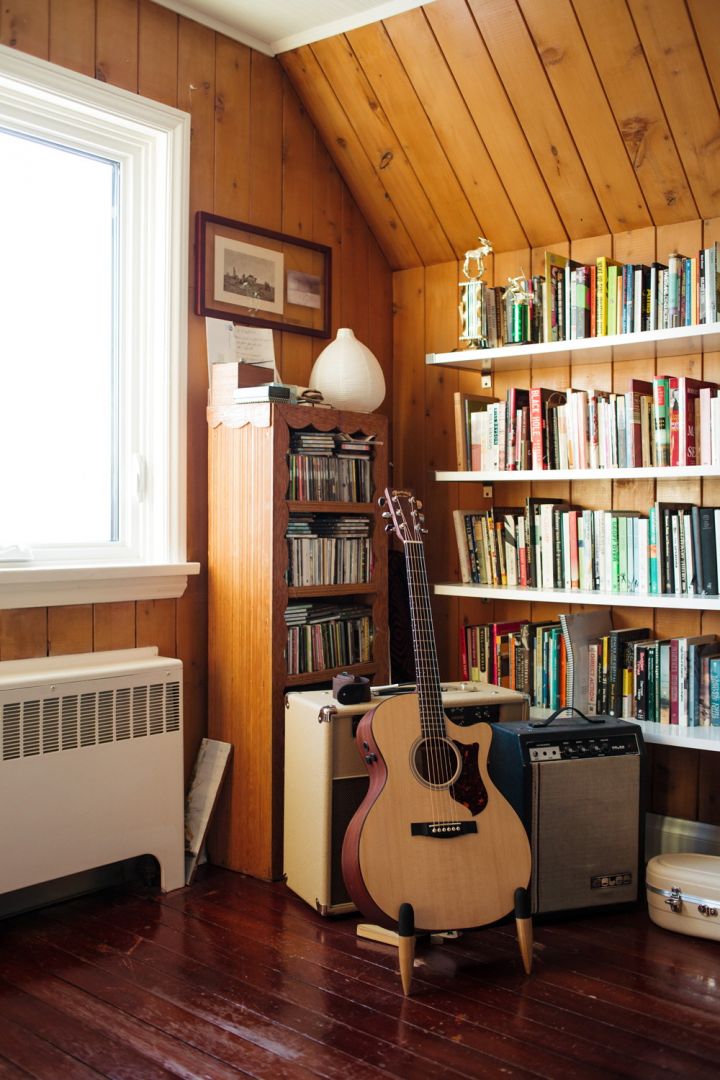 “And there’s the office of John Samson,” she announces. “Look at him! In his little chair in the corner, in the darkest corner of the bright room”