After spending most of the last year out of town on tour, bassist Ashley Au is ready for some home time. She moved into a bright and spacious apartment overlooking the Manitoba Legislative Grounds in early September.

Other perks of the space includes overhearing local protests – Au says she'll check Twitter, put on pants and jump in if it's something good – and watching all kinds of wild and not-so-wild life.

"You can see squirrels. They're always chasing each other. You can see kids, after hours, trying to smoke weed in the corner by a tree," Au says.

"One thing I really like about this place is that I see so many people walking their dogs. The dog-to-person ratio is super high. That's more important to me than walkability score in an apartment … (There's) a lot of cuteness happening out there."

Inside, she keeps her space simply adorned while avoiding the pitfalls of minimalism. The living room is carefully populated with books, records, turntables and small mementoes that fit into Au's self-described "mid-century queer" aesthetic.

The second bedroom serves as a studio space, where her two guitars and four bass guitars (three electric, one upright) live. Au's currently playing with Carly Dow, who will be recording in the fall, Super Duty Tough Work (SDTW), Casimir Gruwel and John K. Samson.

"The bands that I do play with, I play with fairly consistently, it's just that they're kind of in different periods of activity, which is great, because it doesn't affect my schedule too much," she says.

Next up, Au will play an outdoor show with SDTW at the Winnipeg Centre Vineyard (782 Main St.) during Nuit Blanche, along with younger performers who STDW frontman Brendan Grey is mentoring through Studio 393. 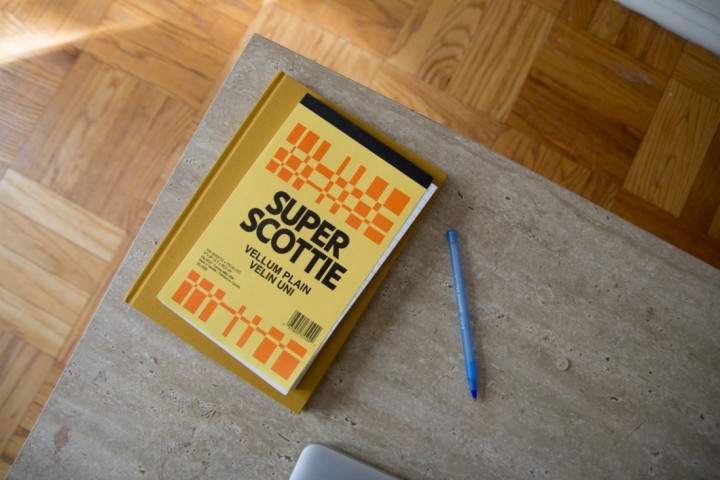 “I try to keep notepads and things everywhere in case I have ideas. I can write them down, or if I think of something funny I just want to laugh at later, I'll do that … I really like that notepad. I got it at Kamsack, Sask., at this really weird general store. And all of their stationery was new old stock from the ’70s, so I had to pick one up, because it's really nice vellum.” 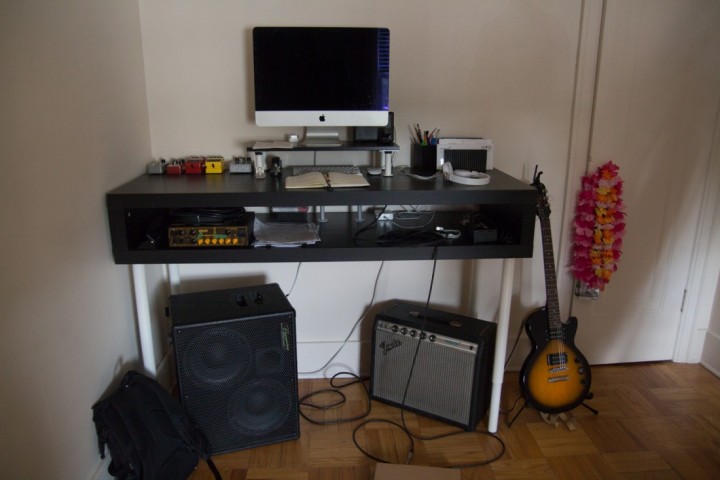 “I just finished building a standing desk out of random IKEA parts. They're super expensive, but I bet I could do this for like, a hundred bucks. So this is my little spaceship console here.” 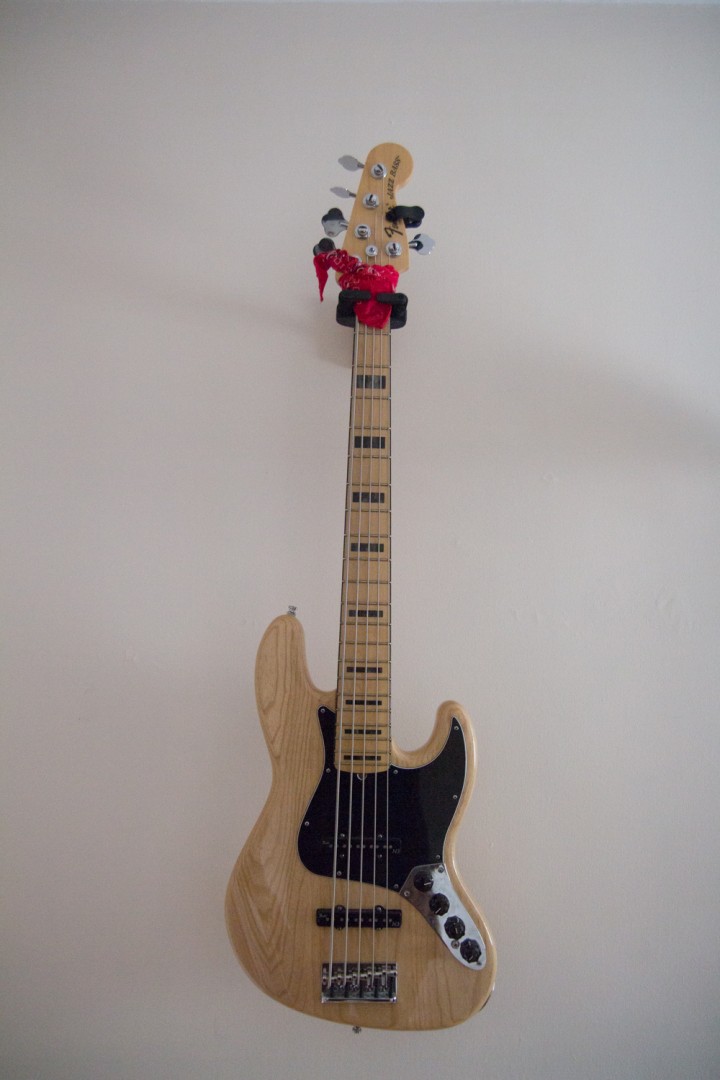 “I play that one a lot more now, just because it has the fifth string … (This) is the bass that I always wanted. I cut out a picture of it from the catalogue as I kid, and I was like, 'as soon as I make enough money playing music, I'll buy that one.' So now I have it.” 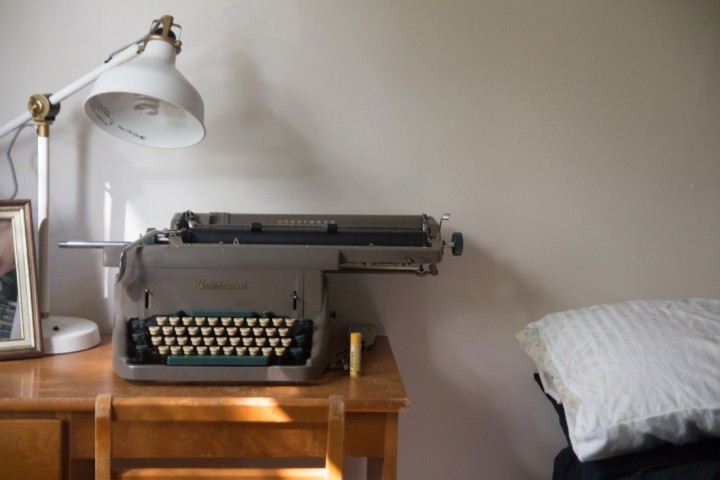 “I got that typewriter from Jesse Matas. He bought a desk that stores typewriters, and when he opened the desk, there was a typewriter in there, and he already had five or something. So apparently it was some guy's great-uncle's desk. It still has the original ribbon in it, and I almost want to, when it runs out, I want to take it apart and see if I can read what that guy wrote. But it's nice … This is like the extreme ’50s secretary one. You can do a lot of large format stuff on it, which I really like. So clunky and heavy.” 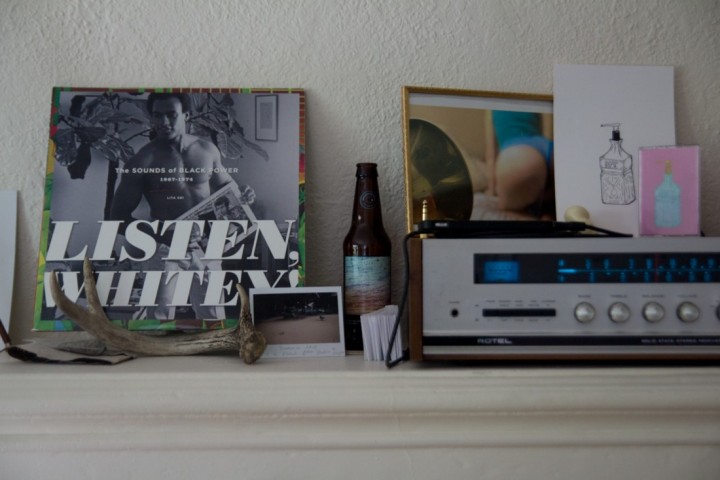 “I have this illustration my friend Julian (Kirchmann) did. It's of a glass K-Y bottle that I used for a mixtape that I made for Valentine's Day called Revitalizing Tonic … It's a bunch of sexy songs mostly. I thought I'd put on a mixtape where you put on one side at the date part, then you flip it over … Side A's the warm up, Side B's the workout.” 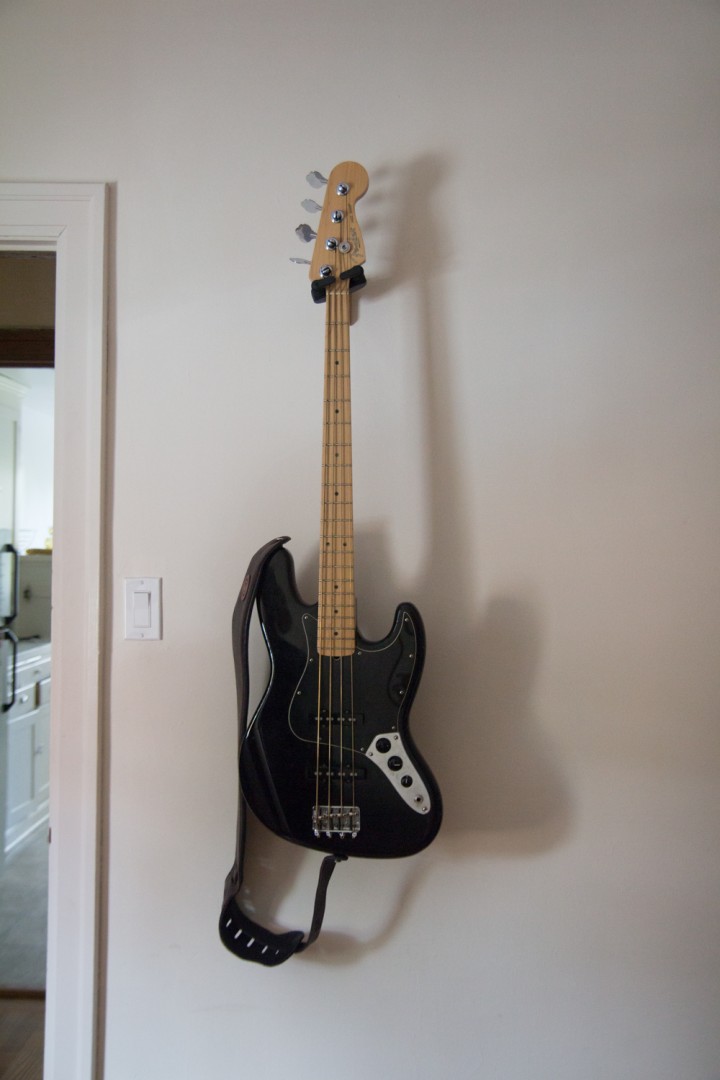 “This is my first bass. I bought it when I was 16, and I was a little silly when I bought it, because I thought 'it looks kind of cool, cause it's all black,' and that was the only thing that was driving me to it. But now that I know more about basses, it turns out it was a really good bass. I really made a good choice investment-wise.”