Alexa Potashnik’s passion for activism began at the University of Winnipeg. Potashnik is the founder and president of the grassroots organization Black Space Winnipeg and host of Raw Colours on CKUW 95.9. She first became involved in pro-Black activism when she organized a campus screening of the film Dear White People for Black History Month in 2015.

“After that, the switch just went on,” Potashnik says. “I thought, ‘Oh, maybe this is what I’m supposed to be doing.’”

“In 2016, there was so much conversation around anti-Blackness and especially people in my community not feeling safe in the workplace or at school,” Potashnik says. “So I created this private Facebook group called Black Space for people to heal and communicate and network with other Black folks in Winnipeg.”

Since then, Black Space Winnipeg has grown into an active advocacy group. In addition to more traditional community activism (Potashnik gave the opening address at the 2017 Winnipeg Women’s March), Potashnik makes art integral to Black Space’s advocacy. They introduced the Afrocentric showcase Nuit Noire in the Nuit Blanche festival and are about to put on the Afro Prairie Film Festival, western Canada’s first Black-centric film fest.

“Since the inception of Nuit Blanche in Winnipeg, it’s been predominantly white artists,” Potashnik says. “I was a little frustrated with their anti-diverse agenda. Maybe that wasn’t their intention, but that’s what happens when you’re not advocating for these things consciously.” 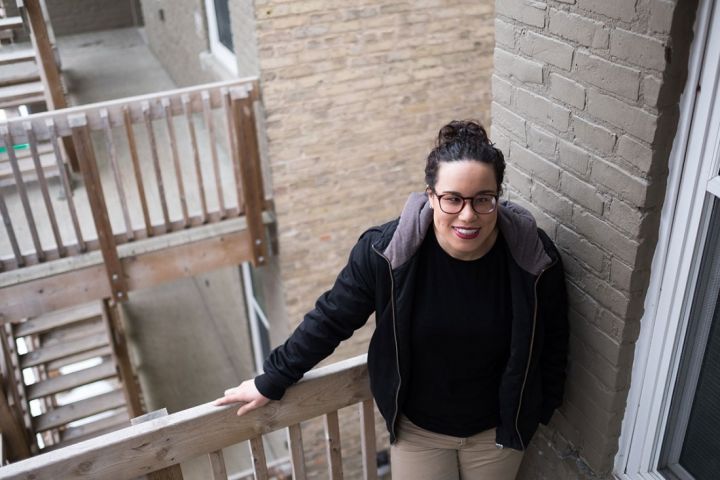 “I like to sit out here in the summertime and read. Or, I don’t have my hookah right now, but I like to smoke shisha. It’s pretty relaxing. Not marijuana. I can’t get behind weed.” 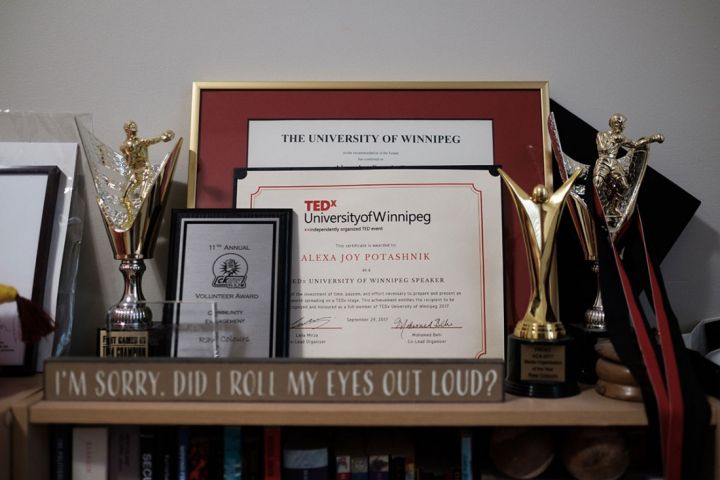 “I have my hard-earned $30,000 degree, some awards that I won. I’ve been boxing on and off since I was 14, so I’ve got a couple trophies. Then I did TEDx University of Winnipeg. When you have fancy things with your name on them, apparently you’re important.” 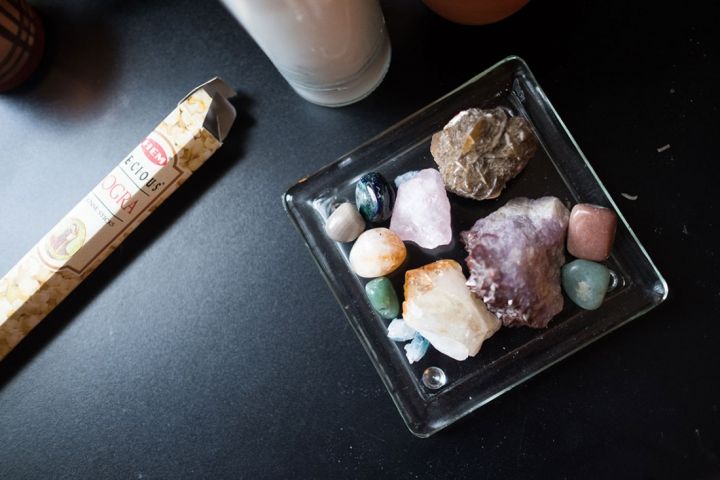 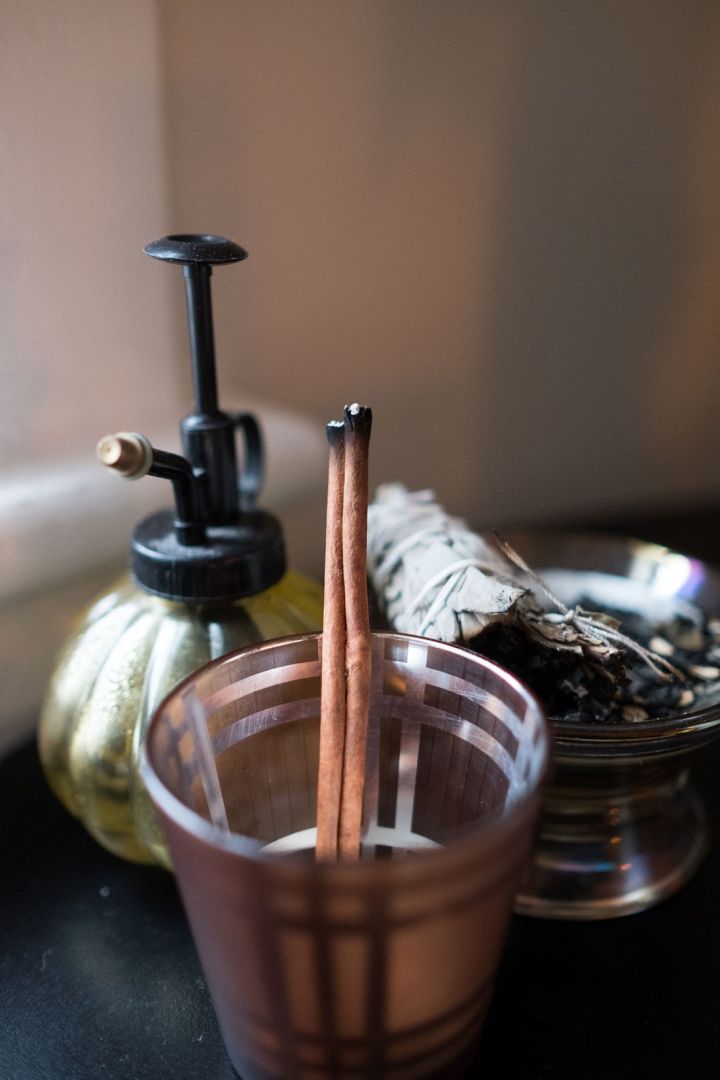 “One thing I do sometimes is burn incense. These crystals are supposed to, at least, cleanse your space. Sometimes I’ll burn sage, which is supposed to rid your house of negative energy.” 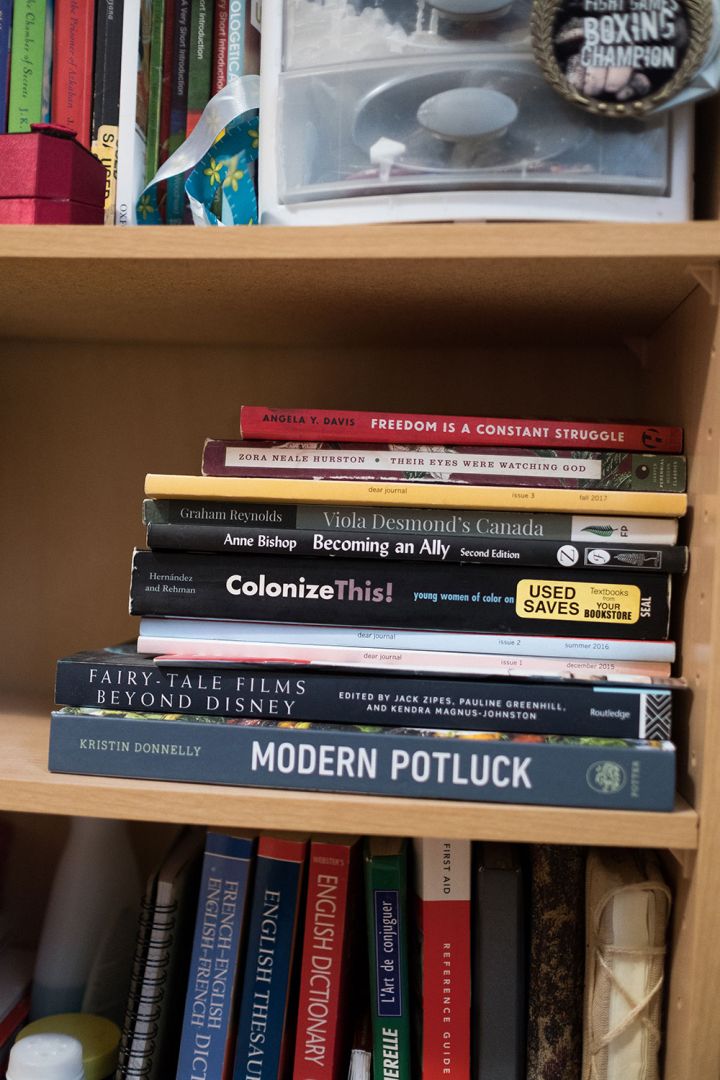 “I’m collecting books that I’ve had signed by the authors ... One's from Angela Davis, who signed it when she came here. It’ll stay in amazing condition forever, because that’s really special to me.” 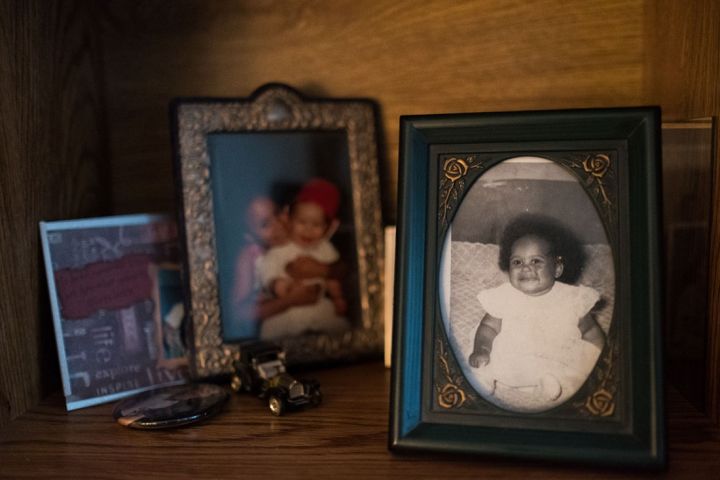 “The black and white one is my mom from way back. I also have one of my sister and I, and another of my cousin.”