Cultural economist Alan Freeman’s career has spanned the fields of politics and art, multiple countries and several decades. He’d worked primarily in computer programming when, in 2000, he was called to work for Ken Livingstone, the first-ever mayor of London, England, focusing on creative industries and the living wage.

“I was kind of a frontroom-backroom boy,” Freeman says of his work at the mayor’s office. “I was asked to set up an economics unit, but I was not very experienced as an economist. So we hired a team, and I sat in the back and did data work.”

The data in question was related to London’s cultural industries, which were the subject of newfound enthusiastic support from the city and Prime Minister Tony Blair’s government.

“What I did, basically, was create a data-measurement system for determining how much creative economic activity you have in a city or country,” Freeman says. “That became the method adopted by the Ministry of Culture in Britain. It’s now the world gold standard for the creative industries.”

Freeman says he still enjoys researching the creative industries in Winnipeg, which he prefers to working in a big city like London.

“Small communities, especially isolated ones like Winnipeg, are very inventive,” he says. “Think of the things that have been invented here, from Skip the Dishes to cricket protein powder. The same is true in art.”

One negative aspect Freeman says he has seen in Winnipeg was a lack of diversity in leadership positions, something he posits could be remedied through inclusive hiring practices.

“I found an unexpectedly high level of racism,” Freeman says, “particularly among people who do not consider themselves racists.”

Art from around the world 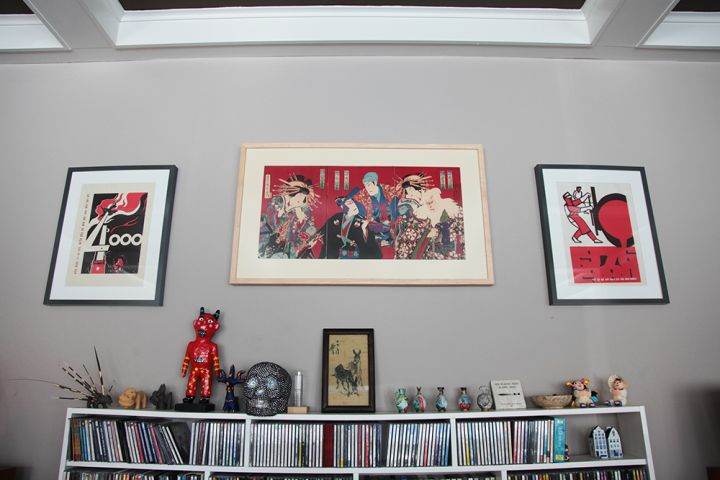 The centre piece “we actually bought, of all places, in New Zealand. I was there last year talking about the living wage. These two on the left and right we got in Vietnam.” 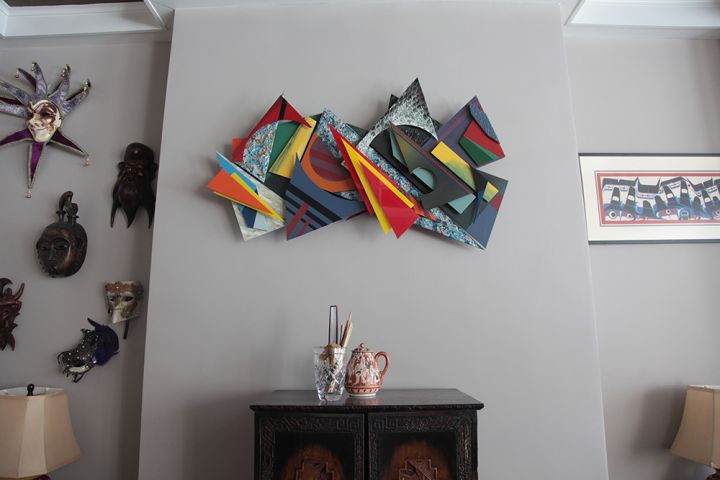 “Radhika bought this in Victoria, British Columbia. (Shayne Dark) wasn’t well known at the time, though he is now.” 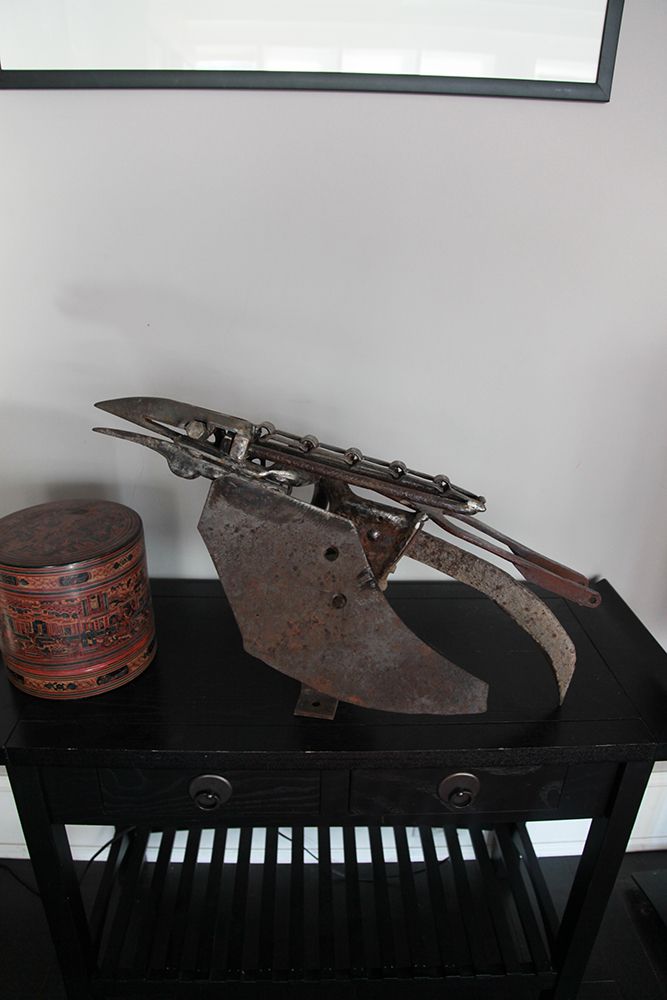 “We bought this in (Mentoring Artists for Women’s Art). It’s made of farm parts, basically. Everything here is a part of some machine or other.” 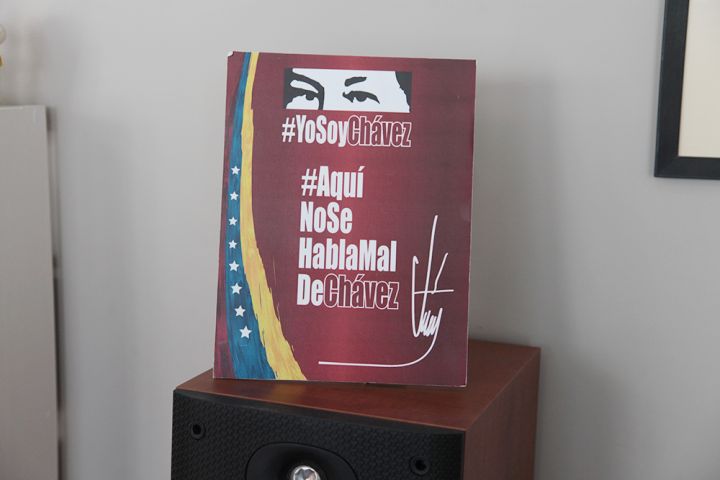 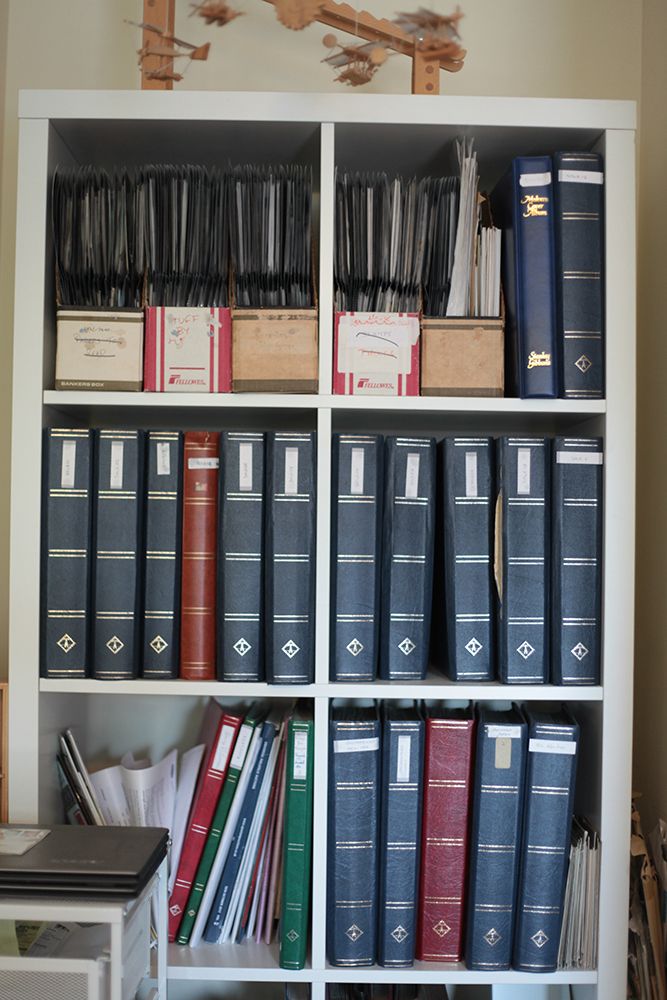 “That was my dad’s. I took it over from him, and I’ve been working on it on and off. My earliest stamp is from 1823. I particularly focus on early Victorian stuff, so I have a lot of the Penny Blacks and Penny Reds.” 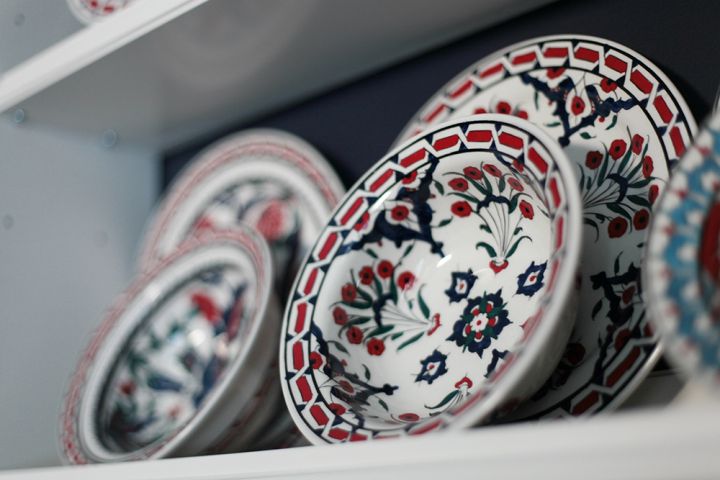 “We got these in Turkey. The style of production for this particular kind of porcelain is very difficult. It’s mainly made of sand. It’s a sort of classic craft in Turkey, there’s actually a university of this stuff.” 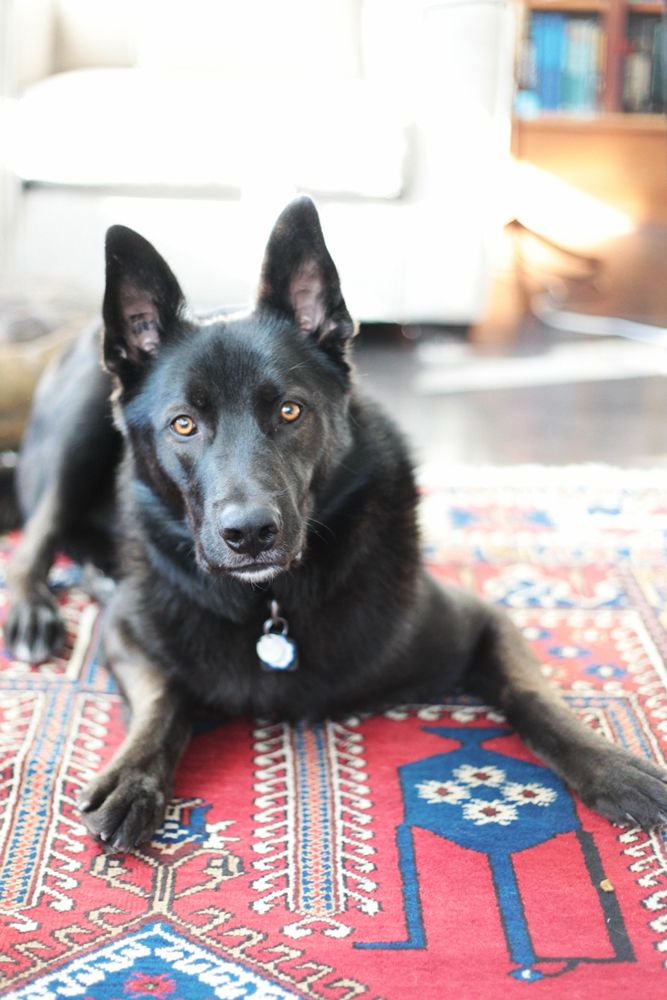 “He’s a rescue, a black German Shepherd. We collect carpets and he eats carpets, so we don’t leave him in this room alone.”