We can build it

Skill Jill is a six-part workshop series, co-hosted by the WRENCH and ArtsJunktion, that helps to build practical skills for participants. It’s described as “a series of beginner level hands-on workshops on practical skills/trades by and for women, trans, non-binary and femme people.”

Skill Jill is the brainchild of Sarah Thiessen, who has spent the last two-and-a-half months working in collaboration with other eager craftspeople to organize the workshop series.

The drive to create this series came when the WRENCH held a basic carpentry skills workshop during their Mellow Vélo hours. “The overwhelmingly positive response to this workshop proved that there was a real hunger for this type of knowledge,” Thiessen says.

According to Megan Linton, who co-ordinates the ArtHive, ArtsJunktion “wanted to be part of Skill Jill, because we support knowledge and skill sharing, and hope to create safer spaces for people to engage in making.”

“We recognize the impacts of patriarchy on preventing women, trans and gender-nonconforming folks from accessing masculine-coded skills. We think it is important to have spaces that are safe, free of judgment and encourage community building.”

The first installation of the series, held on Jan. 8, was “Tools For Sissies,” which was an introduction to a carpentry workshop led by Kelly Campbell.

“I created this workshop specifically to begin to address the gap in trades education there is for women, trans, gender-nonconforming, and Two-Spirit people, largely due to the domination of these fields by men, and the resulting culture of toxic masculinity that creates environments that are at best discouraging and at worst physically unsafe due to harassment resulting from sexism, transphobia and homophobia,” Campbell says.

The jam-packed workshop covered everything including the processing and creation of the wood, wood grains, dimensions and types, safety, nails, screws, guides and various saws.

Thiessen’s been quite overwhelmed by the media attention and the level of community interest in the workshops so far, and is already anticipating a Skill Jill sequel in some form. 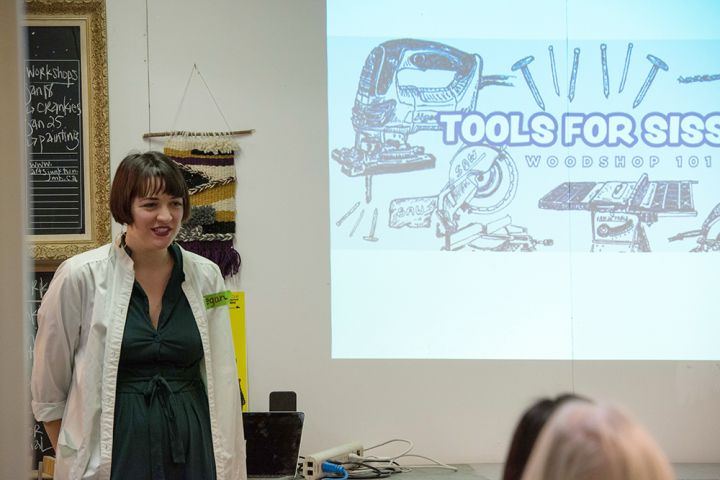 Megan Linton introduces ArtsJunktion and the “Tools for Sissies” workshop. 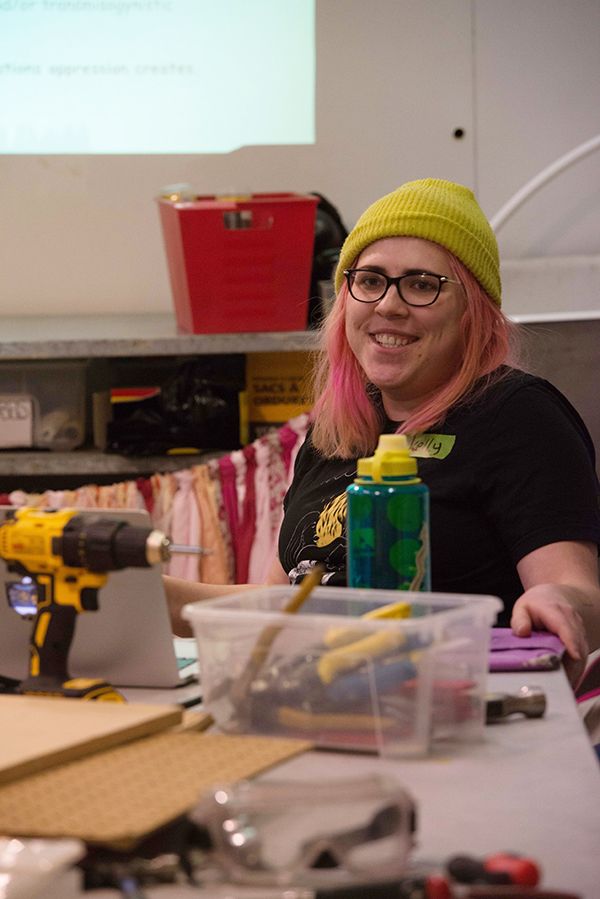 Campbell introduces the topic of carpentry. 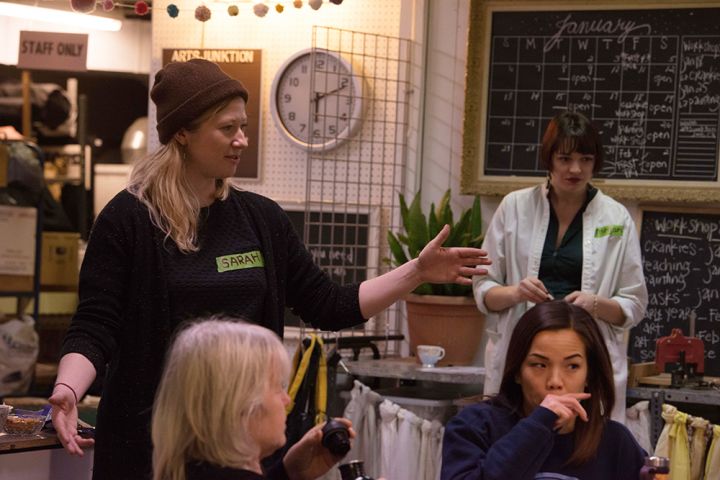 Sarah Thiessen, the event co-ordinator, talks about the inspiration for the Skill Jill series and the organizational process. 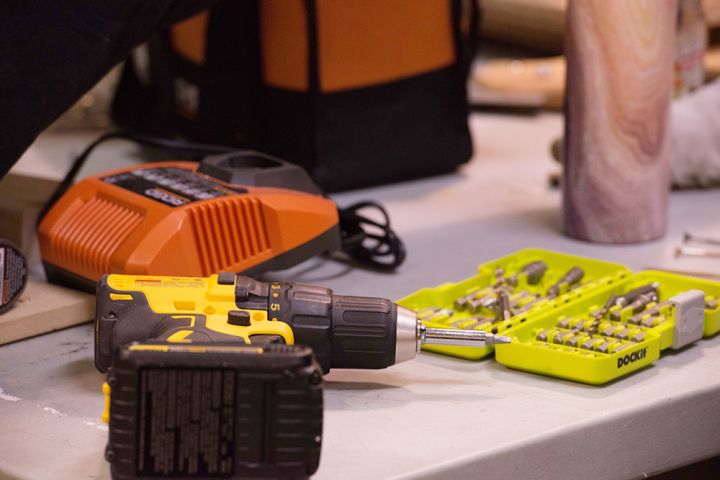 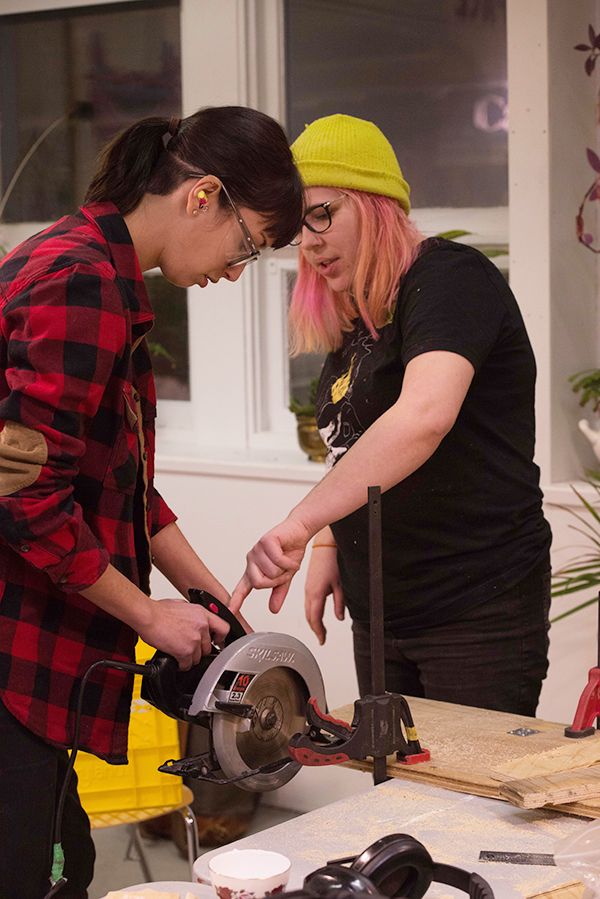 Campbell assists a workshop participant with a saw as part of the guided practice segment of the workshop. 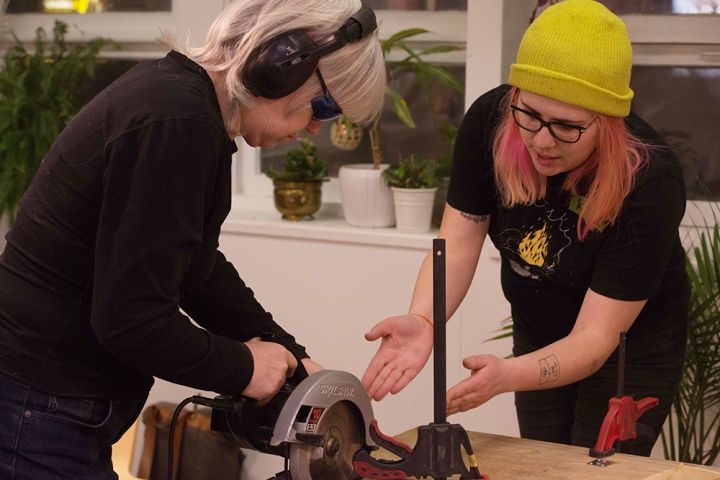 A workshop participant wears safety gear during guided practice with a saw. 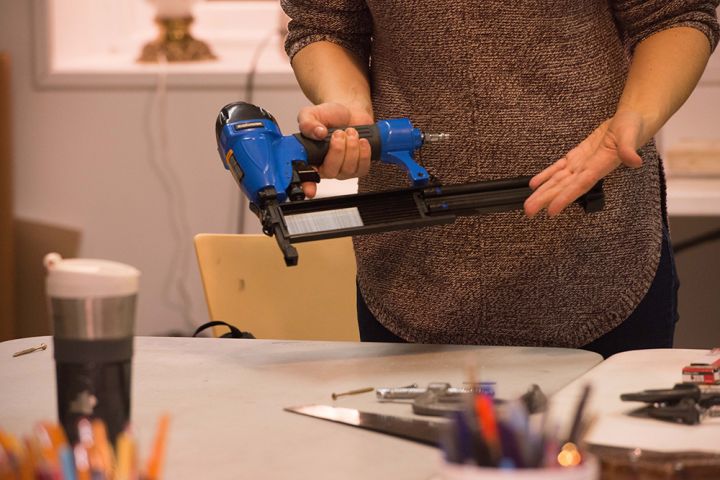 Nail guns were one of the tools shared at “Tools for Sissies.” 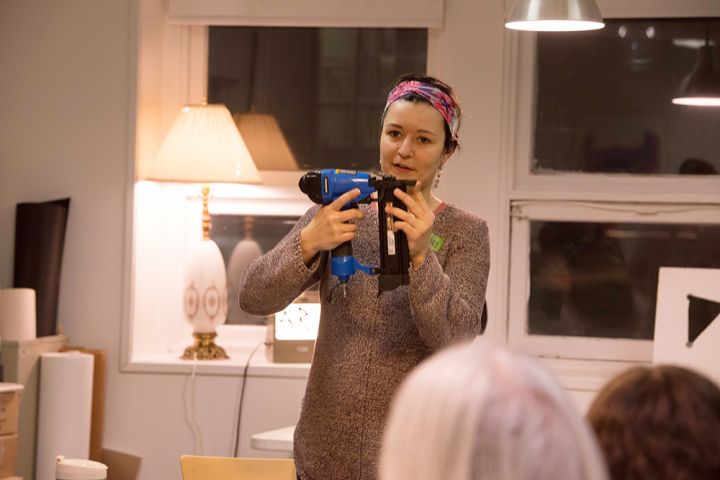 Demonstrated use of a nail gun 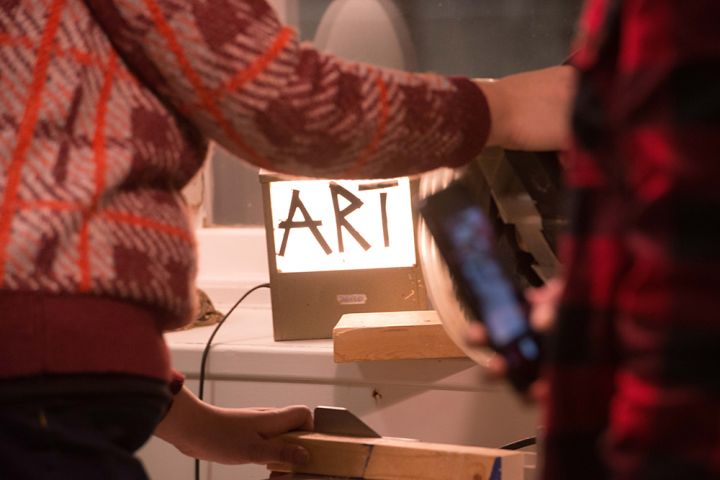 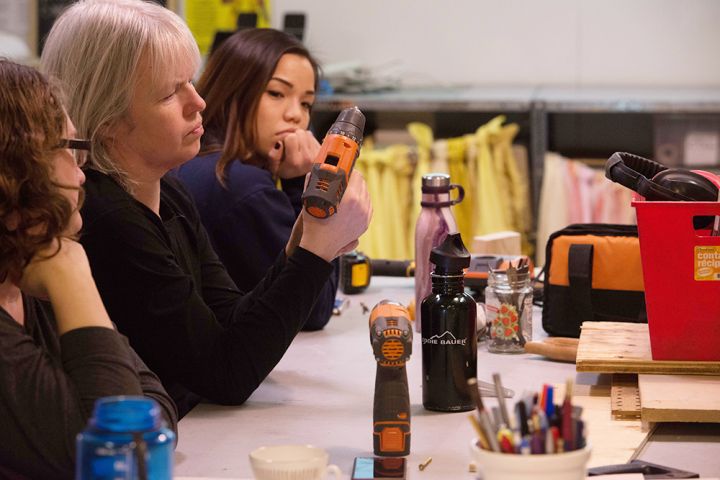