Casting a ballot for arts and culture 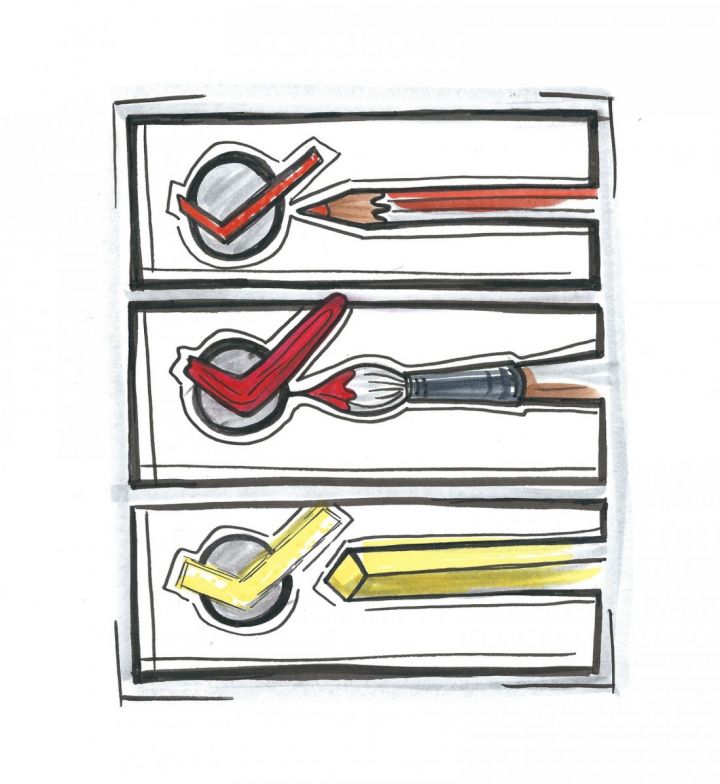 As the federal election approaches, arts organizations are starting to get involved.

“It’s all about making sure arts and culture is a part of the dialogue leading up to the federal election,” Artspace, Inc. executive director Randy Joynt says.

He was involved in organizing ArtsVote on Sept. 25, held by Manitobans for the Arts. At the event, the Liberal Party’s Joanne Levy, NDP’s Pat Martin and Green Party’s Glenn Zaretski responded to questions about their party’s position on arts and culture issues.

Joynt believes that arts and culture are the heart of Canada.

“It really defines who we are,” Joynt says.

Joynt encourages anyone speaking with a candidate to ask them about arts and culture issues to show that it is important to people of Canada.

He also says people researching who to vote for should look at parties’ stances on arts and culture organizations, such as Canada Council for the Arts, CBC and local museums.

Though many arts organizations are getting involved, many are non-partisan. The big message is to be informed and vote.

Josh Ruth, managing director of Art City, agrees that looking into parties’ opinions on arts groups is a good place to start.

“They only care about what the mass public cares about,” Ruth says. People need to speak up about their passion for arts and culture, but outsiders also need to be included so that they care.

“I think we need to realize we’re putting ourselves in a bubble,” Ruth says.

By maintaining elitism in the arts and culture sectors, people outside that group don’t feel included and therefore don’t care enough to voice their support to politicians, Ruth says.

Ruth hears most candidates speak about a vibrant arts community and he’s getting tired of hearing about it without many actually showing evidence of believing in and supporting that statement.

Ruth thinks there are more pressing issues this election than arts and culture, but points out that those are avenues people use to address bigger societal issues.

“At Art City, we believe we’re weaving art into society,” Ruth says. That is something they did through three events called Kids Can Vote, which focused on the federal election.

Ruth says it was an opportunity to engage youth in the political process in a fun way using art.

On Screen Manitoba also put together a toolkit for voters interested in keeping arts and culture in mind when casting a vote.

It provides background information about what parties have already promised as well as an outline of what someone could discuss with a candidate to show their interest in arts and culture, and questions they could ask.

It also links to other resources that could help voters make the big decision.

To access the election toolkit, visit onscreenmanitoba.com/osm-federal-election-toolkit-2015. Read more about Manitobans for the Arts at manitobansforthearts.ca.