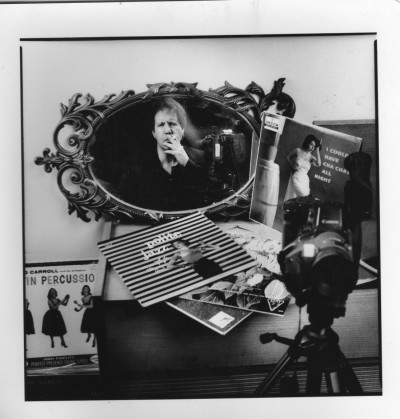 Plays at Cinematheque Jan. 16 at 3 p.m., with an introduction and Q and A with director Alan Zweig

In 2016, record collecting has ceased to be niche. While sales of digital music and CDs have dwindled over the past decade, total vinyl sales have increased tenfold. In the aftermath of the holiday shopping frenzy, HMV revealed that they sold a turntable every minute the entire week leading up to Christmas.

Originally released in 2000, the film is a sometimes refreshing, often disturbing look at the seductive power of 33s, 45s and 78s. It’s satisfying to see that, despite the music industry’s insistence, vinyl never really went away. It’s also somewhat terrifying to realize that vinyl “addiction” is nothing new and that society has only become more enabling in the ensuing 16 years.

Zweig’s movie is shot with a camcorder haze that places every frame firmly in a not-so-distant past that feels farther away than it really is. Zweig isn’t interested in the music, only the collecting. His interview subjects are presented without identifying captions or narration, keeping the focus on their records and their stories. It’s a bold move, considering he has some fine subjects, including underground comics pioneer Harvey Pekar, actor/ filmmaker Don McKellar, queer cinema icon Bruce LaBruce, and director Guy Maddin.

He also interviews less recognizable collectors, the zealous music hoarders who will make any music geek cringe as they recognize their own worst attributes amplified to a cartoonish degree.

One mustachioed collector, who moves and speaks with the hubris and gusto of the most itchy-fingered old west gunslinger, claims to own a million records. It’s not the first impossible claim he makes: he goes on to explain that he owns almost every pop single ever released. He claims to have memorized the track listing of every K-Tel compilation. He’s memorized the name of every band, he says, organized by their first letter. More than 1,000 begin with S and only four with Q.

Zweig’s interview style is aggressive and invasive, often to hilarious effect. More than once, an interviewee complains that Zweig has asked to talk about records, only to pry into their personal lives, examining failed relationships and decrepit social lives.

When one subject tells of throwing his 2000-LP collection into a dumpster, Zweig forces him to admit that he did it so no one else could own his records. Allowing them to examine his collection would be giving them a tour of his soul.

Zweig inserts himself into the film. With deep narcissism, he discusses not just his own collecting obsession, but his desire to start a family, his relationship to his own Jewishness and even a mouse infestation in his apartment. This would feel obnoxious in most other movies, but Zweig understands the inherent narcissism in record collecting. He knows that filling your life with objects leaves less room for other, more meaningful things. He knows how the more you fill the hole, the deeper it gets, introducing new itches only a rare 45 or novelty kitsch LP can scratch. It’s a film about the thrill and the terror of a project that can never be finished.