The University of Winnipeg Students’ Association (UWSA) recently signed on to the Our Turn National Student Action Plan (Our Turn), a coalition of student groups and unions across the country, pledging to improve the university’s current sexual assault policy.

“We have an administration that has really tried to create awareness around consent on campus,” UWSA president Laura Garinger says. 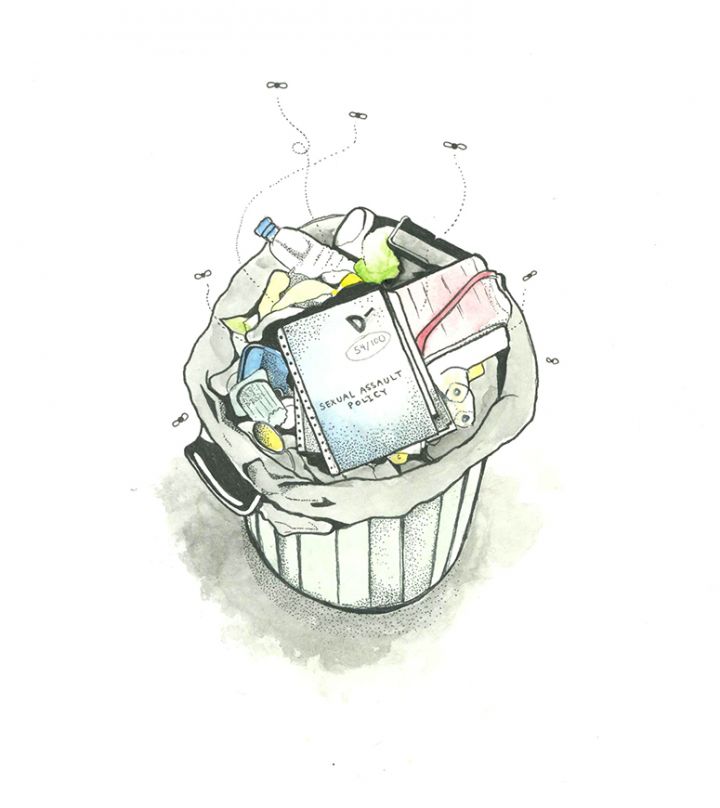 She explains that recent changes to Manitoba’s Bill 15, the Sexual Violence Awareness and Prevention Act, requires universities to have an active stand-alone policy on campus.

The current Sexual Misconduct Protocol is held within the Respectful Workplace and Learning Environment Policy. According to Bill 15, a distinct procedure is now mandatory on campuses, must be easy for students to access and requires student consultation for its creation.

The first of a series of student consultations took place on Oct. 19 at the Hive. Topics of discussion included understanding consent, existing power dynamics, relearning and the notion that it is never too late to report sexual assault.

Chantal Cloutier is a student at the University of Winnipeg (U of W) and a survivor of sexual assault. She decided to participate in the first student consultation because she felt it was a valuable way to contribute to fight the issue.

Cloutier feels as though the conversation surrounding sexual assault is often very heteronormative. She emphasizes that it’s also important to remember the survivors who stay silent.

“We’ve done a lot of work for women and non-binary folks and queer communities,” she explains. “There’s even more of a culture of silence and shame when men experience this.”

She explains that the conversation needs to include men, who might not want to partake for fear of appearing weak or misogynistic.

Garinger says that Our Turn has some useful recommendations and is timely, since the UWSA is currently restructuring their policy with the administration. The three facets of the plan are to prevent, support and advocate.

“Having procedures written down is really important, because then people can make the decision of whether or not they want to come forward to the administration,” Garinger says.

The key issue is awareness, she says, and making sure students are aware of the resources to which they have access.

A potential way to create awareness is to include the information on course syllabi. However, doing so is proving difficult, because policy changes need to be approved by the senate, she notes.

Cloutier believes that this is a societal issue that affects everyone, and that this means everyone should be involved in the process of dealing with the issue.

“One of the big things about the recommendations is the intersectionality that’s necessary in policies,” Garinger says. She explains that support and education can look different for everyone and wants students to feel supported, regardless of their experiences.

“We want to make sure that people feel safe,” Garinger says. “We don’t want survivors to feel like they’re being tokenized, either.”