Houseplants need care that mimics their natural environments. Keeping up houseplants can be challenging for anyone living in an apartment, where there often aren’t many spots with direct sunlight, and humidity levels can be difficult to regulate.

Dominika Dratwa, owner and main designer of Verde Terrariums, explains that the main difference between having plants indoors and outdoors is light. Other factors are scale and exposure to insects.

“Houses tend to be very dry, and you don’t have that sort of natural humidity,” Susan Jensen Stubbe, owner and operator of Jensen’s Nursery, says.

A great starter plant for low-light parts of the home are sansevieria, commonly known as snake plants.

“They also don’t use a lot of water, which is great, so if you’re busy and if you’re travelling, you can sort of neglect them a bit,” Dratwa says. Snake plants also have excellent air purification properties.

The Zamioculcas zamifolia, commonly referred to as the ZZ plant, also does well in lower light. Spathiphyllum, or peace lilies, are good for partial lighting and are great air purifiers as well.

“They have a flower, so they add a touch of elegance into the home instead of just green, and they’re quite beautiful,” Dana Mistafa, greenhouse manager at Shelmerdine Garden Centre, says.

While the snake plant doesn’t require much watering, the peace lily does. This may influence a person’s decision on which one they want to look after.

Stubbe swears by water moderation. She says she watches the water level in her plant pots and often lets the soil dry out a bit between watering.

“It’s a bit of a back-and-forth and getting to know your plants,” Stubbe says.

“There’s two types of plant people: the people that don’t water or that underwater … and there’s the very overly worried sort of people that really like to maintain something almost too much,” Dratwa says. She places herself in the former category.

Dratwa says that plants such as the peace lily and ferns, which originate from the jungle and have evolved with lots of humidity and without much direct sunlight, require extra watering. The peace lily is a good option for the over-waterers, unless they tend to travel frequently.

The amount of sun exposure required differs with the plant as well, and although most succulents do best in a bright southern exposure, they can thrive in a west-facing window as well.

Western exposure is good for monsteras, philodendrons and peace lilies, which do well in partial light. This means they can thrive in lower or higher light.

Philodendrons are a good in-between, because they don’t require much light or watering. She says that calatheas can be beautiful, but they are a lot more sensitive. 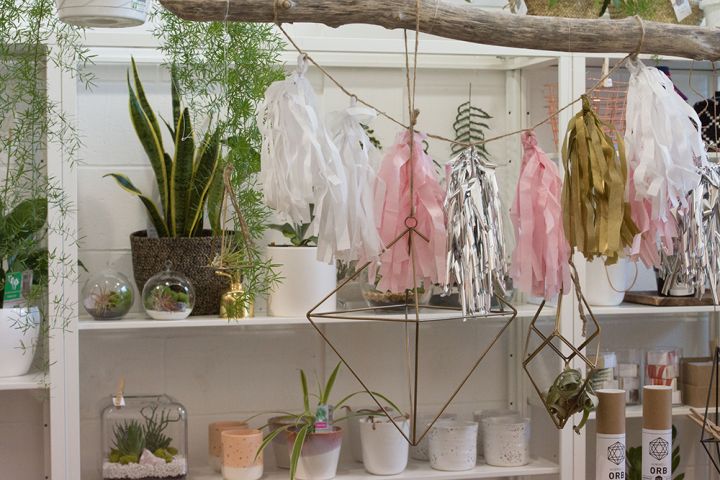 “It cannot take any direct light, but it really needs to be humid, but we always warn people … they have to have it in the bathroom where it’s more humid, or for some of the more sensitive plants, we recommend a humidifier in the room,” Dratwa says.

The ZZ plant and snake plant thrive in dry environments, because they originate from drier climates. Snake plants are actually a succulent, but their leaf structure means that they can stretch out and reach for more light without losing their shape.

Dratwa says that although colourful succulents are beautiful, the green ones are easiest to look after. This is because they require a bit less sunlight, due to the relation between their pigmentation and the photosynthesis process.

A good partial light succulent is haworthia, due to the fact that it evolved to grow mostly under rocks.

“Succulents are probably your most forgiving plants. You can not water them for two weeks, and they’re quite happy,” Stubbe says. She explains that many of them can go into a more partial light.

“If you neglect them, they’re happier,” she says.

Succulents also thrive in most container types. Stubbe says that it’s important to make sure a container with no drainage dries out between watering, otherwise the plant might drown. Some plants prefer misting to maintain the leaves, according to Stubbe, whereas others will get spotted leaves from this.

Mistafa says that moisture and humidity are important to remember when it comes to indoor plants. She says a pebble tray can work to create a humidity bubble around the plant.

“It’s essentially a saucer with rock in the bottom, and so you’d place your decorative pot on top, and that rock will have a little bit of water in it,” she says.

Mistafa explains that because houses tend to be dry, it’s important to maintain a plant’s moisture by watering them as often as they need, but also to spray the leaves every now and again to rinse them off.

She says that tropical plants, such as palms, especially like this, since they’re coming from a humid climate or jungle.

Dratwa says that she does a lot of research to fit the plant to the person.

“We do help people with this quite often. We try to carry plants that people have success with,” she says. She explains that they give a lot of information and make decisions based on watering style and light availability.

The benefits to mental health from having indoor plants are great. Dratwa discusses increased relaxation and concentration, as well as adding a general sense of peace.

“I think a plant turns a house into a home,” she says. “Having plants can really help to elevate your mood and give you that connection that we all crave to nature.”

Check out verdeterrariums.com for tips and tricks on spring houseplant prep.