U of W president presents first state of the university address

It was a fairly broad-scoped speech, as Trimbee reiterated the highlights of her first year on the job and outlined five unranked strategic directions the U of W wants to improve upon: academic excellence and renewal; student experience and success; indigenization; research excellence, knowledge mobilization and impact; and financial and institutional resilience.

Trimbee spoke for about 35 minutes in Wesley Hall during the free lunch period on Oct. 21. Her audience of nearly 200 people – most of them faculty – barely said a peep, only asking two questions during a designated half hour question and answer period, which actually lasted about seven minutes.

Still, Trimbee was clearly engaged and talked about the university’s responsibility to develop leaders. 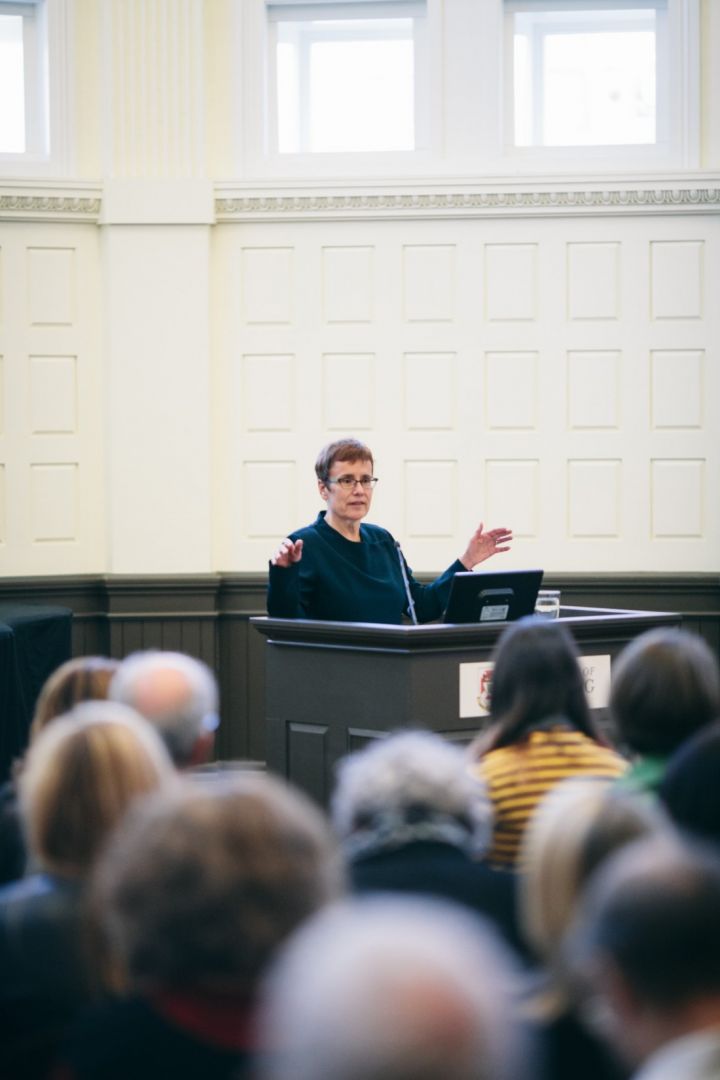 University of Winnipeg Students’ Association (UWSA) president Peyton Veitch was one of only a handful of student representatives in the audience. Veitch is on the U of W’s Board of Regents, so he had previewed Trimbee’s speech before its presentation.

He says he is optimistic about the strategic directions, particularly the U of W’s focuses on faculty support, student retention and indigenization.

“I did appreciate the emphasis on developing leaders, whether those leaders have titles or not. But I would go a step further and say that the university’s purpose is also to develop rebels – people who are not afraid to challenge things that aren’t right with our society,” Veitch says.

Trimbee also touched on past victories from the last academic year, like a 2.5 per cent funding bump from the provincial government and a two per cent increase in indigenous student enrollment.

She mentioned the U of W would ideally like to keep its student enrollment to around 10,000 people, regardless of its growing campus downtown. The U of W wants to hold onto its reputation as an innovative medium-sized school where classes still feel small and welcoming, Trimbee says.

Trimbee says the U of W is also in the early stages of planning a capital fundraising campaign for 2017, upgrading its library and building a First Peoples’ House – a home away from home, so to speak, for First Nations Peoples.