Terrence Malick is a polarizing figure in the cinematic landscape. His last film, 2011’s Tree of Life, received admiration from some critics and disappointment from just as many. To the Wonder is no exception; it has critics and audiences in a frenzied debate over its aesthetic value and overall meaning in the grand scheme of things.  Is it trash or is it gold? I thoroughly believe To the Wonder is absolute gold.

Malick’s beautiful film is about a couple named Neil and Marina (Ben Affleck and Olga Kurylenko) who fall in love in Paris, only to have problems arise in their hometown of Oklahoma when their relationship hits a cooling point. Meanwhile the local Spanish pastor (Javier Bardem) has a Bergman-esque crisis of faith.

Malick is a thinking person’s director; his films are as complicated as the elusive auteur. There are few modern filmmakers that put as much of themselves in their work as he does. Wonder is a fictional autobiography, as many of the moments in this picture reportedly happened to Malick (as is the case with Life). It seems that the director has entered an unpredictable creative spurt, with at least two films we know about in the can, after spending his career taking around a decade between films.

Malick drowns this picture in intellectual philosophy and non-linear storytelling, while inspiring the audience with spectacular visuals.  The acting is sublime and each line of dialogue is presented perfectly. The cinematography is flawless, utilizing the wide angle lenses and subtle handheld photography that lends to the stream-of-consciousness editing he’s become known for throughout the bulk of his career. To the Wonder is essentially an analysis on the human condition, a grand character study and an intriguing dissection of faith, both religious and romantic. 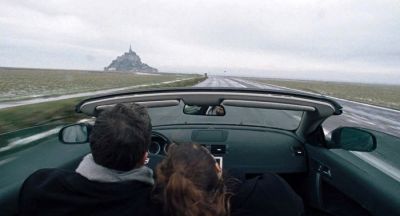