With photos from Keeley Braustein-Black 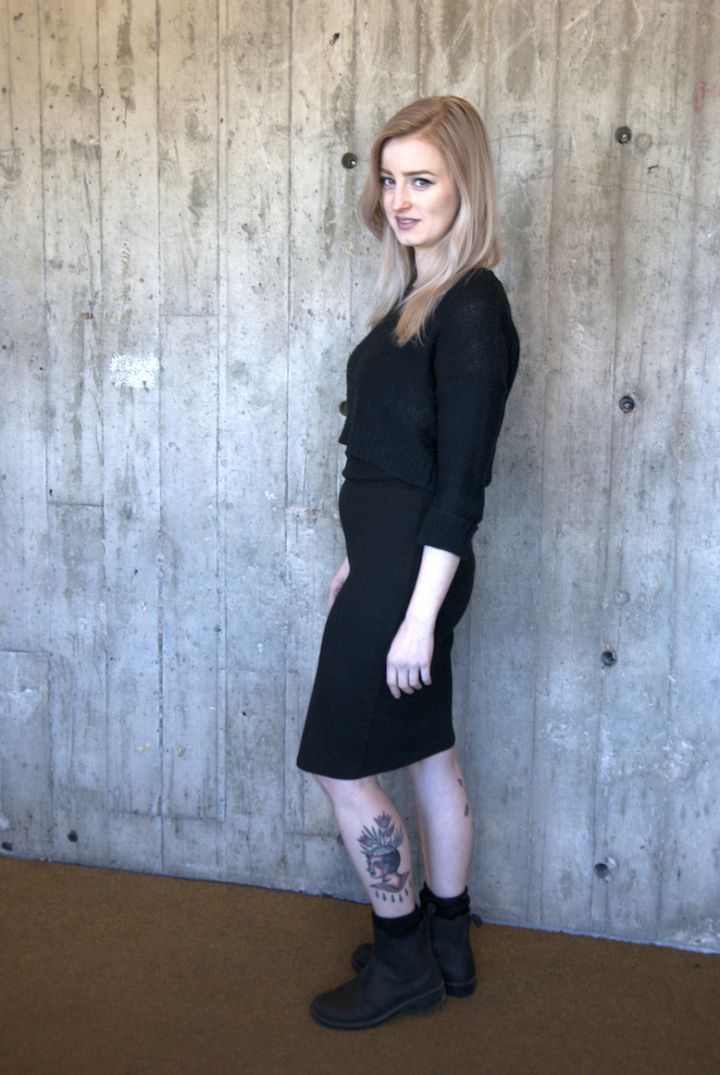 Britnney Thomas-Ljungberg has many tattoos, but she just doesn’t always show them.

When it comes to stamping your skin with something that will last a lifetime, how do you choose something original and timeless?

“Unique tattoos are hard to define,” Britnney Thomas-Ljungberg, a local with many tattoos, says. “No matter how unique your art is, someone, somewhere has something similar.”

Over the past decade, Thomas-Ljungberg has gotten eight tattoos, two of which have been reworked, including her first, a purple lotus flower.

“I for sure have a tattoo that’s considered ‘trendy,’ as per any Pinterest tattoo board,” Thomas-Ljungberg says. “It’s crossed arrows I got on a whim with my pal. I still like it but it makes me feel like a cliché. (Also) the diamond on my sternum, but that was a funny drunk story from Vegas.”

Thomas-Ljungberg compares trying to get a timeless tattoo to the little black dress (LBD). 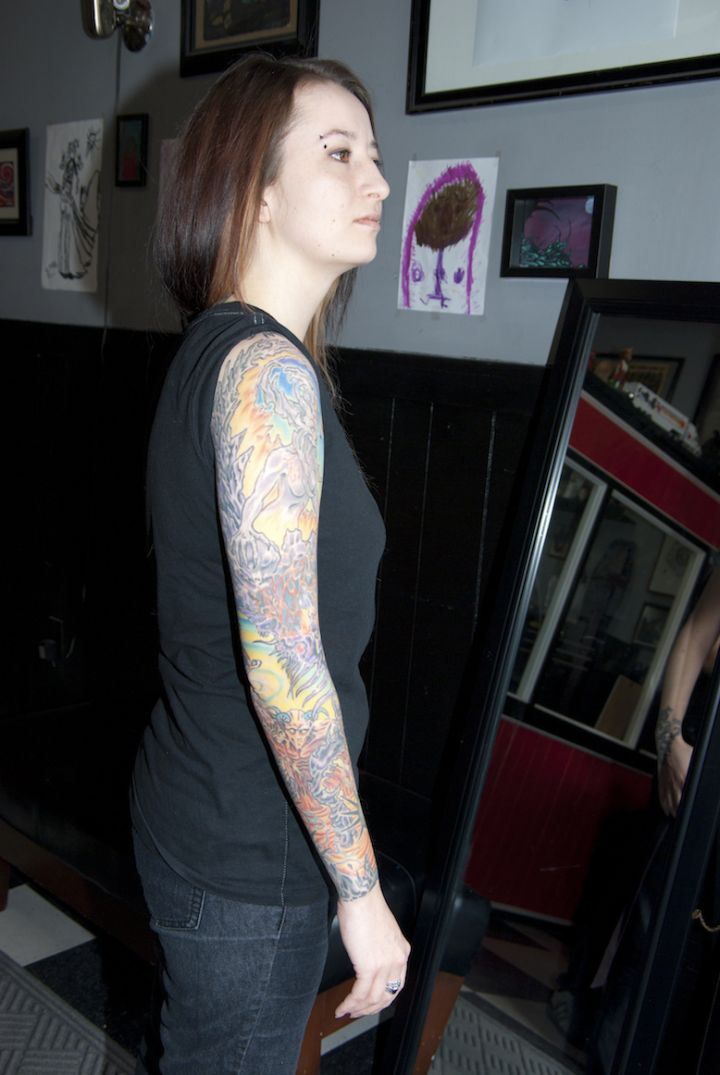 When it comes to tattoos, what we also see in trends is how they are put on.

“Loads of my pals have stick and pokes,” Thomas-Ljungberg says. Stick and poke is a method of tattooing done slowly, by hand with a needle dipped in ink and poked into skin.

Her friends have both done the tattoos by themselves and had them professionally done.

“I think technology and the ever increasing use of social media has had the biggest impact on the industry and its popularity,” Iko Lucic, owner and artist at Corner Tattoo, says. “Opening up endless opportunities to share, discuss and learn all about tattoos.”

Lucic reminisces on a time when a tattoo artist’s portfolio and tattoo magazines were the only way to check out an artist’s work.

“On the downside, (technology) has made copying others’ ideas an epidemic and originality seems to have disappeared,” Lucic says. “Copying whatever is trending all in the name of fashion.”

Though trends leave little room for creativity and imagination, Lucic says a shared thought online can give rise to a movement of collective thoughts, ideas, emotions and a sense of belonging that translates to tattoos.

“A good example of what’s trending would be the semicolon tattoo, which has defined itself as a statement of personal struggle, where many people can relate and bond,” Lucic says.

Overall, Lucic has no issue with trending tattoos but he does say that straight out copying other people’s tattoos is a no-no, and he will do everything to avoid it.

“My job is to give you my experienced opinion on what could potentially be on your body until you die,” Lucic says. “If it is a butterfly you want, I want to give you an awesome butterfly tattoo.”

Lucky for Winnipeggers, Lucic says that we’ve got all the tattoo styles covered by artists here.

“The great thing I find about Winnipeg is the diversity of style, be it in tattooing, art, music or sports or the ever increasing cultural growth. We’ve got it all covered,” Lucic says. “All of this leads me to believe Winnipeg has no style. If anything, it reflects the world around it.”