There and back again

The Harvest Moon Festival came about from years of projects and planning in Southwestern Manitoba, which eventually culminated in the festival and the formation of the Harvest Moon Society. Its goal is to “organize educational, recreational, and community projects that seek to revitalize rural communities and livelihoods.”

The festival has been held annually in Clearwater, Manitoba since 2002.

My last experience with Harvest Moon was in 2005, when I went to see my stepdad perform as a teenager. I remember spending disproportionate amounts of time trying to meet and impress young women and I remember it being cold. I've heard consistent reports over recent years that the festival is becoming increasingly “hype,” with diverse local talent and diverse late nights, while staying the course in its educational focus.

Armed with beer, too many sweaters (five) and most of a borrowed tent, I set off to verify this intelligence.

After hastily tossing up 70% of a tent in the dark, the first full show I caught was Mariachi Ghost, a Mexican-folk prog-rock fusion band with a theatrical lean. The costumes and the face paint are fun, but the inclusion of a live dancer is what differentiates them for me. Alexandra Garrido seemingly danced freestyle, but maintained a remarkably consistent level of energy and grace in her movement throughout the set. Mariachi Ghost played, sang and danced beautifully, but the spark they gave off never caught in the crowd. Mama Cutsworth closed the evening with her traditionally eclectic mix.

My first festival activity on Saturday was a morning workshop with Kalynn Spain (U of W, '13), talking about her summer's work. She had collected the stories of more than 80 farms across Manitoba in an effort to better connect city residents with the source of their food. Spain's presentation was a bit scattered, but her endless enthusiasm was infectious and absolutely winning. I left feeling quite invigorated, despite no interest whatsoever in becoming a farmer. On my way to my first show of the day, I passed one group of friends rushing to catch a tour of a local environmental project, while another group stumbled quite leisurely down the main street, cans of PBR in their hands.

Truly, a festival for everyone. 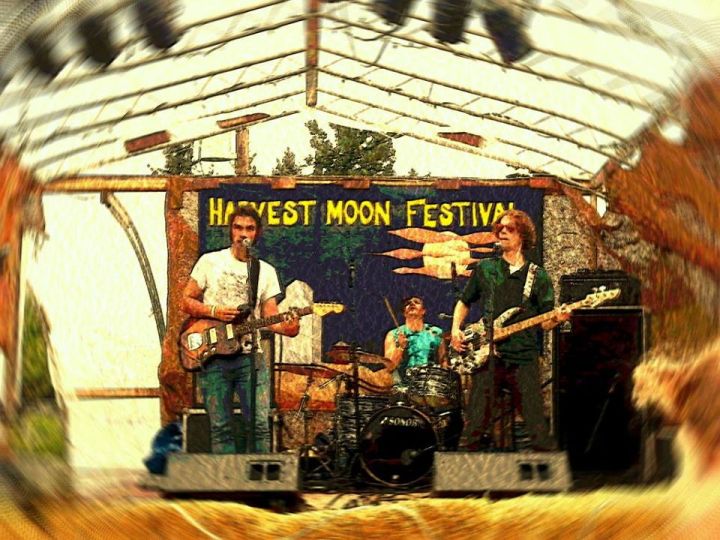 With the sky clearing and the sun offering a shy greeting, local indie weirdoes Animal Teeth chopped it up in front of a full crowd at Restaurant Stage. The songs were fuzzy; the band was chummy. At one point, bassist Adam Nikkel walked over and placed his forehead on the top of drummer Ian Ellis' head for about thirty seconds while they both kept playing steadily. No explanation was asked, no explanation was offered. The music was dynamic and catchy, but as I was unfamiliar with their songs, my personal favourite was an energetic cover of “Third Planet” by Modest Mouse, with singer Stefan Hodges emulating the vocals effectively.

After Animal Teeth I sneaked over to Main Stage to catch a few songs of Eagle Lake Owls' soft folk. For a relatively new group, they had excellent chemistry. After a quick stop there, I scampered back to catch the final band of Restaurant Stage, Boats!

I arrived just as singer Mat Klachefsky was exhorting the crowd to get up and join the dance party – which, at that time, consisted of three young girls, between eight and 10 years old. As the crowd ambled to its feet around them, the girls chose not intimidation but leadership. They saw fit to direct this mass of people who had swelled up to the front. They turned around and started interacting with the new dancers, instructing them on which moves would best suit the music, but working collaboratively, accepting feedback and new ideas from their followers. After a couple of songs, the girls sought a new vantage point (better visibility). They clambered up onto a sort of windowsill adjacent to the stage and stayed there to jam out.

Emboldened by the dance party and their wide-reaching fan base, Boats played a particularly rambunctious set, with the crowd joining them for a hearty sing-a-long on “Getting Worst”. Boats added a well-received encore, but not before Klachefsky invited the three girls on stage and had them introduce themselves to the adoring crowd through his microphone.

The next act I saw was Chic Gamine on the Main Stage. The four women are all exceptionally talented singers and put together an extremely tight performance.

Singer Alexa Dirks punctuated the set with wild outbursts of goofy improvised songs and bantered constantly with the crowd. While they played a fairly low-key set, their breathtaking (which is no exaggeration) vocals kept the crowd entirely attentive throughout. For Chic Gamine's last three songs, they were joined by a surprise guest: The Riel Gentlemen's Choir, an all-men, all-jean jacket choir, thirty strong. Festival-goer Liz Shearer described them best, calling them “A bunch of rowdy, bearded, Mennonite pirates trying to navigate their life in denim.” Lanky conductor Jesse Krause was particularly resplendent in his knee-length blue denim robe as he emphatically directed the choir, whose own repertoire includes songs about encountering different types of roadkill and drinking Lucky Lager by the poisoned Red River.

Following Chic Gamine, Krause's own band, Flying Fox and the Hunter-Gatherers was up. But the Choir was not yet finished. A handful of songs into the set, they stormed the stage, hoisting their flag and dancing among the musicians. It was pandemonium in its most joyous form. As the music ended, Krause glanced about at his blue men with amused resignation, accepting their continued presence. “Alright then! This next song has a little less flag-waving, a little more clapping!”

The final show of the night was the JD Edwards Band, with the kind of country-rock you could play from a really big truck. “This House Will Stand” went over best, with the chorus booming out over the crowd, over the field and echoing into the valley.

One moment captures the weekend for me. I was preparing to leave on Sunday morning, and I went to take out my garbage. As I approached, I was disappointed to notice the bin was full and almost spilling over. A young blonde man walked up to me, asking “Hey, can you give me a hand with this garbage bag?” My immediate mental response was “But I'm not a volunteer!” before that realizing that while not a volunteer, I do possess all the technical skills required to change a garbage bag.

“Of course!” I replied. He hoisted, I checked underneath, pulled out a fresh bag and put it in the bin while he tied off the full one. It took all of twenty seconds, but it was not something I had even considered as one of my options. It felt good to be in a place where people have basic communal expectations of each other. Where yes, you can change a garbage that is not yours. Where the festival organizer can come into the Sunday breakfast hall and proudly declare that there was not a single incident of concern over the weekend. Where your friends will come up to you, gently explain to you how incredibly stupid your tent looks and then teach you how fix it, minutes before a storm hits. There was plenty of partying and rowdiness at the festival, as there should be, but it was evident that learning and community, two of the original pillars of Harvest Moon, were still just as much a part of the festival as recreation. 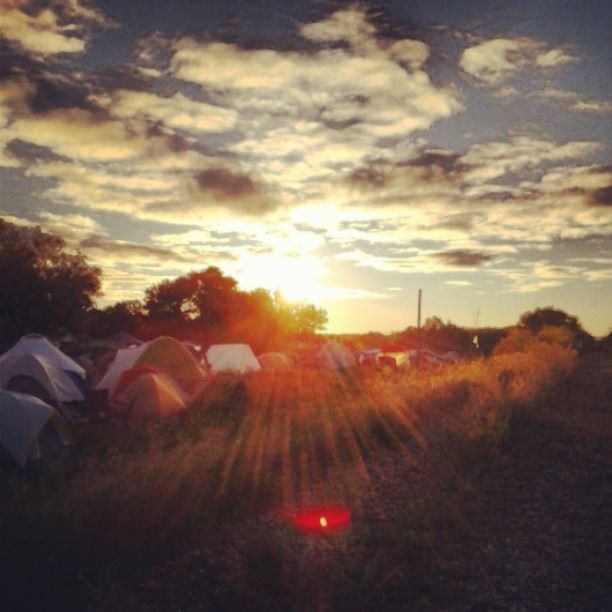