The 2015 Fiver finalists: Where are they now?

Somebody Language & The Way It Feels 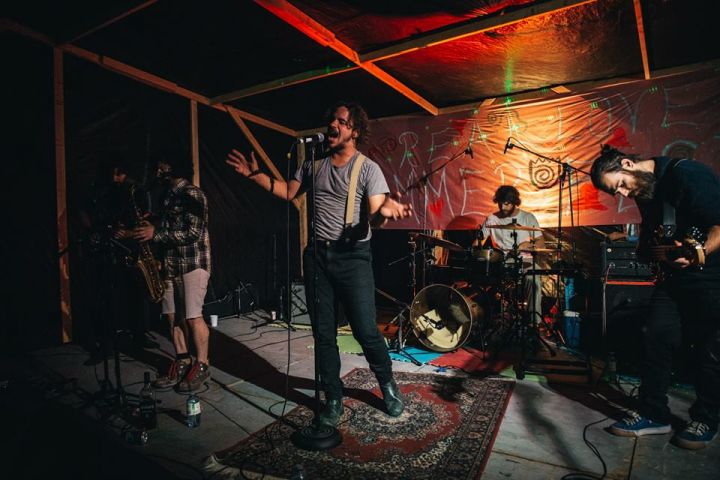 Somebody Language & The Way It Feels play the Real Love Festival. (Supplied photo)

Somebody Language – aka Benjamin Figler – and his band The Way It Feels haven’t slowed down since winning 2015’s Uniter Fiver. “A lot more people knew of the band, heard of the band, knew that we were entered and that we won,” Figler says. “It (the Fiver) definitely took a big step forward to a more professional level.”

The band played the UWSA’s Snowed In festival and headlined this summer’s Real Love Music Festival in Gimli, where they persevered despite the technical difficulties.  “We had the power go out twice at the beginning of our set, while doing a cover of Joe Cocker’s “You are so beautiful”,” Figler says. “That was probably our biggest moment.”

Somebody Language & The Way It Feels hit the studio for the first time with Collector Studio as part of their Fiver win, and also recorded a track for Beach Station Blues 4. They plan to release a basement demo later this month, and are planning another music video and a full-length album this spring as well.

“That’s just the spring time, and then we’ll see where summer takes us,” Figler says.

“Summer we’ll definitely be at all the favourite local festivals.”

Headlining the Manitoba Music Showcase for Big Fun at The Good Will on Jan. 29. 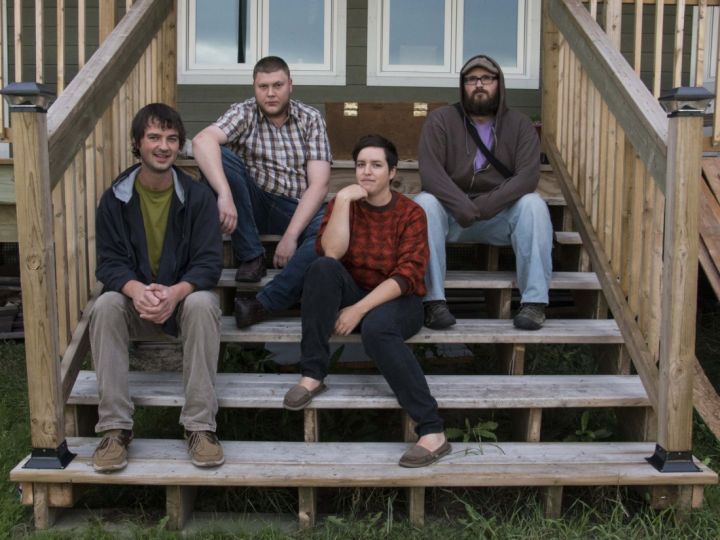 Autumn Still, hanging out on a farm. (Supplied photo)

Autumn Still released their debut EP, When it was in November 2015, alongside a tour that took them to Toronto’s Horseshoe Tavern. “It was just exciting to be in a room so full of music history, where everyone from The Pixies to The Stones have played,” vocalist/guitarist Trevor Graumann says.

“For me the highlight from last year would be the first time we listened to the album... non-critically as a band when we were driving back from Thunder Bay (during a snow storm back in November) and being like 'I was a part of this,’” vocalist/bassist Bethany Swanson says.

After playing the Fiver, Autumn Still got more offers to play shows and some radio play. They found that the song they entered, “Bartholomew,” became more well known.

This year they continue to keep promoting the EP, as well as write more songs and play more shows. They have “some more things up our sleeve,” but aren’t sharing that news just yet.

With The Royal Streets (Kitchener-Waterloo) and The Middle Coast at the Park Theatre on Jan. 20.

Winnipeg has already caught on to Basic Nature, but... Bicycle Face also has something unique and beautiful to offer,” Graumann and vocalist/bassist Bethany Swanson say.”

Last year’s Uniter Fiver was Mabel’s Flight’s first real show, but it started a chain reaction of future shows. “Coming off of that, we met a lot of people in the scene and we released the EP (Bedroom Fire), bassist Benjamin Dueck says. “We made friendships with a lot of bands, like the guys from Greek Riots who won the Fiver the year before offered us an opening slot on the same night of the Uniter Fiver.”

Dueck recalls playing the Park Theatre with Greek Riots as one of the band’s biggest moments of 2015, along with their EP release.

At the moment Mabel’s Flight is planning on putting out a new EP this summer, and are currently writing new tunes and preparing for a re-launch.

“Right now we are kind of regaining ourselves after our whirlwind of opportunities,” Dueck says.

Check their Facebook, Twitter and Tumblr for news: “Nothing planned at the moment, but that’s all coming up soon,” bassist Benjamin Dueck says.

Fox Lake. “They reached out to us before one of our last shows, they’re kind of an emo band, sort of like us,” Dueck says.

On May 29, Buss enjoyed an evening with two highlights of 2015 for him. His EP release for Answer the Bell at the Times Change(d) was the first time he’d sold out a show, and he also holds the venue in high regard. “It’s wicked there, it’s always a good time,” Buss says.

Last year’s Fiver showcase “introduced me to some new bands that I might not have met up with otherwise, like Autumn Still and the Janzen Boys,” Buss says. “And getting to play at the West End and having that as a credit was neat as well.”

Buss kept building his connections after the showcase, and went on to play at Shine On festival and Real Love Music Festival, as well as touring with Hearing Trees to BreakOut West.

He hopes to tour again, play more festivals and continue to share his EP. Buss will be playing Festival du Voyageur and touring at the end of February.

“When I have enough money in my pocket again I might make another recording,” Buss says. “It might be a while before I get another one out, but definitely may be one on the horizon before I know it.”

Where to find him next

Playing the Handsome Daughter on Jan. 21 for the Real Love music showcase.

“Trampoline would be one that I’ve been a big fan of recently (and) a band called the Koalateas – that’s a pretty cool band as well that just just started,” Buss says.

The Janzen family has hit many unexpected milestones throughout the last year. They recorded an EP, Roads, with producer JP Laurendeau (Del Barber) in St. Norbert. “Working on recording songs together with my sons is not something I would have dreamed of happening this early on. It was just such a great time. And JP was a great coach and teacher,” John Janzen says.

“Practicing and polishing and even arguing over how the songs should be done was an unforgettable bonding experience for us.”

They found that the Fiver helped promote the band to audiences who might not have considered them before.

“With a family band there is a risk that people will see you as little more than a novelty, but having a chance to showcase the songs led to a lot of feedback about us being more than people expected,” Janzen says.

In Lac du Bonnet on Jan. 26 (see full details on their Facebook page).

“We sure do like the songwriting skills of local songwriters Richard Inman and Frannie Klein,” Janzen says.