Steve Jobs: The Man in the Machine

Alex Gibney is an absurdly prolific director. Steve Jobs: The Man in the Machine is his third feature documentary of 2015, following this spring’s Scientology exposé Going Clear and the two-part Sinatra: All or Nothing at All. His IMDb page lists 27 directing credits in the last 10 years.

Perhaps it’s not surprising that Gibney has brought Apple co-founder and CEO Steve Jobs under his ever-expanding documentary umbrella. But it’s still interesting that the filmmaker who profiled the corruption of Enron, the US military’s use of torture, and such disgraced public figures as Lance Armstrong and Eliot Spitzer, has turned his gaze on corporate America’s most celebrated cult of personality.

The film itself is certainly a well-rounded examination of Jobs. Gibney explores Jobs’ genius and foresight into tech at the turn of the century. Jobs saw a future where the gap between computers and daily life was bridged. Depending on your perspective, he either facilitated that shift by anticipating a future few others predicted, or hammered it into existence through sheer force of will. Either way, he’s undeniably one of the primary architects of 21st century life.

Jobs’ many flaws are on display in the documentary as well. His abandonment of his daughter sends Gibney on a tangent into Jobs’ many troublesome practises. Among those are a complete disdain for philanthropy, illegal accounting, tax evasion, serious human rights violations in China, and colluding with other tech giants on illegal hiring practises and a corporate-controlled private police unit.

Gibney presents these without ever making the film an attack on Jobs. It’s an intellectually curious work examining a complicated cultural icon, executed with Gibney’s signature integrity. With that signature also comes his worst tendencies, namely his unabashedly baby-boomer perspective, manifested here as the “everyone’s looking at their phones” cliché. But it’s a tiny part of an entertaining and complex doc. 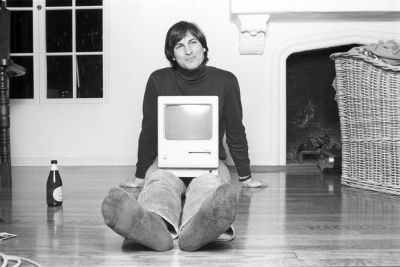