Opening with the devilishly handsome and chaotic title track, this EP from local quartet Sons of York is the latest in a long line of releases that showcase the type of honest power rock that for some reason hasn’t made the Kennerd brothers + Darren Hebner household names. The six tunes, including such anthems as “Young Blood Unite” and a new version of the previously released “Smoke/Drink” were produced and fleshed out by Winnipeg pop genius/Indicator Indicator main man Sandy Taronno to near perfection. While some might come down on the band for a lack of diversity throughout its career, there’s something to be said for consistency - the straight-up-rock formula Sons of York perfected long ago will outlast whatever fad hits the radio next week and lends a certain amount of credibility to the project (though there is diversity in the subtle “Answer” and moody “Sweet Sarah”). 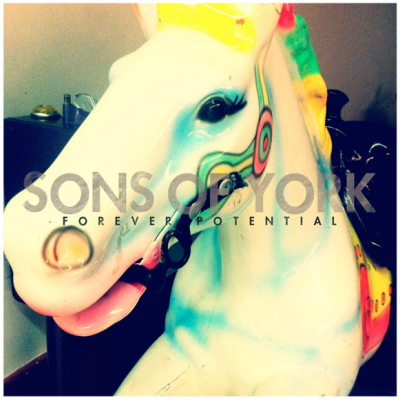