Solidarity at Portage and Main

Jan. 10 round dance in support of Wet’suwet’en people

On Jan. 10, Portage and Main became the scene of a solidarity protest.

More than 100 people participated in a round dance to show solidarity with the Wet’suwet’en people, who are fighting against the construction of a natural gas pipeline through their traditional territory in northern British Columbia by TC Energy (formerly known as TransCanada).

Since the demonstration, RCMP have escalated tensions by introducing checkpoints and restricting access to the site. 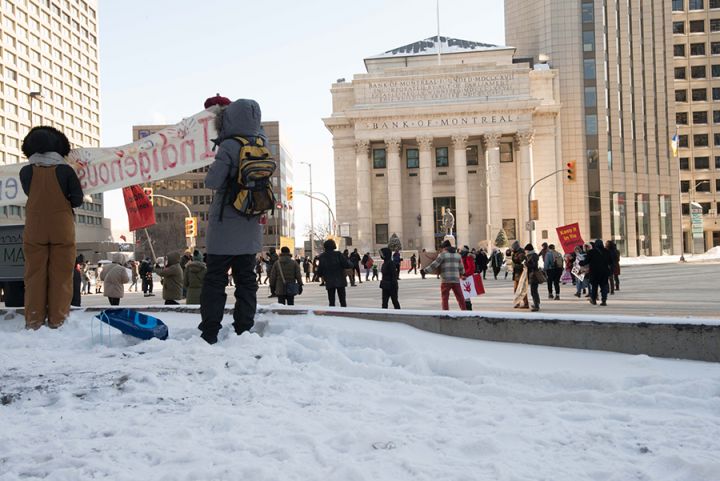 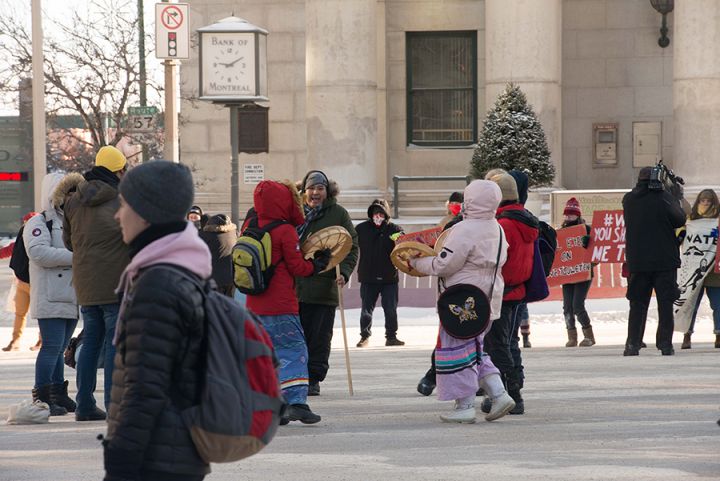 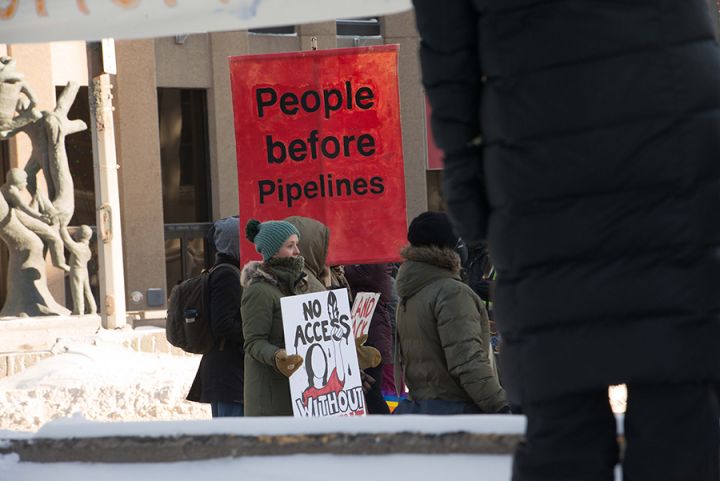 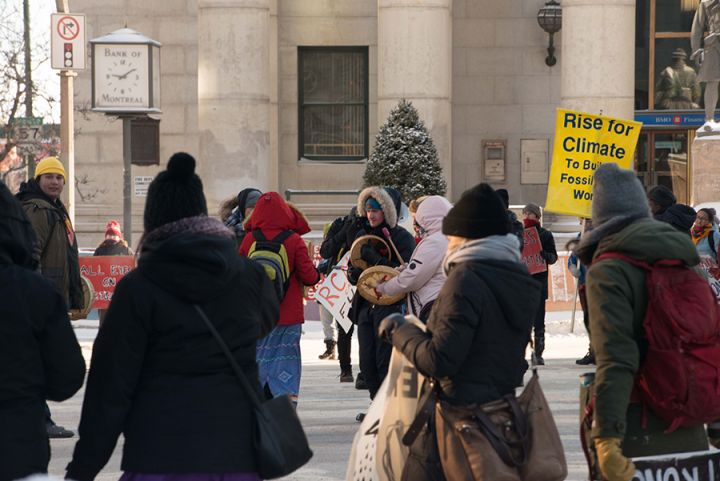 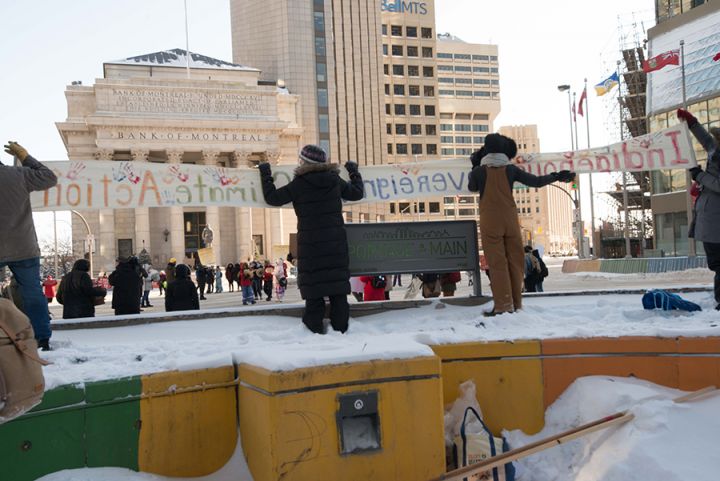