Sit-in gets the silent treatment

Keystone XL pipeline opposers from Winnipeg participated in a four day sit-in in front of the new prime minister’s home in Ottawa, but didn’t get a response from Justin Trudeau.

After less than a week in office as the new prime minister of Canada, Trudeau received the visitors who wanted to challenge his views on tar sands.

The sit-in, organized by 350.org, lasted from Nov. 5 to 8. During the four days, activists weren’t able to get the attention of the new prime minister, even after bringing him solar panels as gifts. Their numbers fluctuated from about 40 activists on the first day to 120 people on the third day, participants say.

“People flew in (and) drove in from across Canada, wanting some kind of a response from Trudeau, any kind,” Wu says. “But nothing was made, no action was made, no response was made. We were completely ignored.” 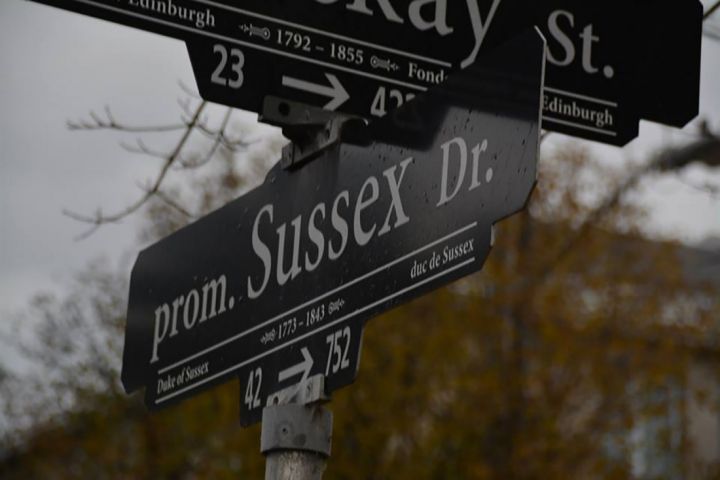 The online organization of 350.org has a global network of more than 188 countries and aims toward “building a global climate movement,” the website says.

Justin Trudeau did talk about the pipeline, but it was regarding United States president Barack Obama’s final decision to reject construction of the Keystone XL pipeline in the U.S., announced on Nov 6.

“We are disappointed by the decision but respect the right of the United States to make the decision,” Justin Trudeau said in a statement published the same day.

Although the sit-in did not escalate into violence, activists were trained and mentally prepared for any outcome.

“(Anyone) who wanted to be a part of the demonstrations had to attend training session(s) the night before… (350.org) had lawyers come and (explain) what laws (we) might be breaking, how you might get arrested, what the consequences were, what the charges might be,” Vineberg says.

During the sit-in, activists were obligated to sign waivers and provide emergency contacts in case they got arrested. However no protesters were hooked during the sit-in and there was also an on-sight police liaison. Blocking traffic and civil disobedience weren’t enough to get them arrested.

“The prime minister’s office had given police orders not to arrest anyone,” Vineberg says.

“Our actions weren’t offensive or aggressive in any way. They weren’t disruptive enough,” Wu adds.

From Nov. 30 to Dec. 11, the biggest global climate summit of the decade, the United Nations COP21, will happen in Paris, France, and Trudeau will be in attendance.