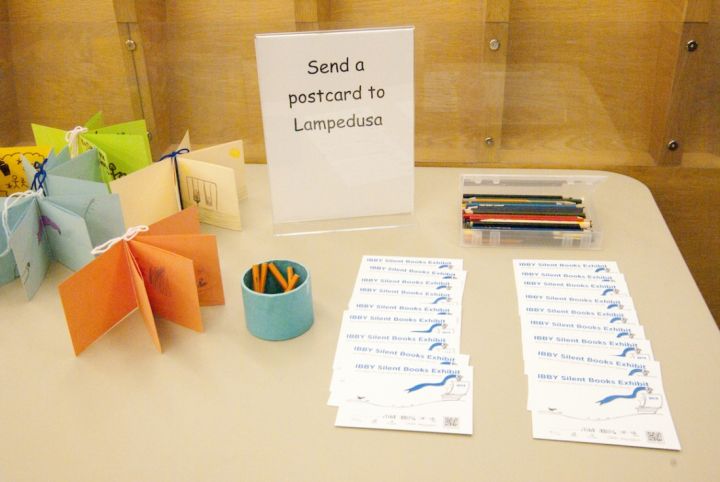 The Winnipeg Public Library is temporarily home to an exhibit that’s inspiring local kids and refugees across the sea.

Silent Books: Final Destination Lampedusa, a collection of 111 picture books from 23 countries, is at the Millennium Library until March 12. The books are touring the world as part of a project by the International Board on Books for Young People (IBBY) to create a children’s library on the small Italian island of Lampedusa, a gateway for many migrants from Africa and the Middle East.

Also called “wordless books,” silent books tell a story entirely through pictures. In the exhibit, visitors can flip through the collection, draw their own silent books, and write postcards to Lampedusa. Ten honoured books are displayed in a glass case.

For Tamara Opar, section head for children and teen services at the Millennium Library, these works of art are accessible and inspiring. 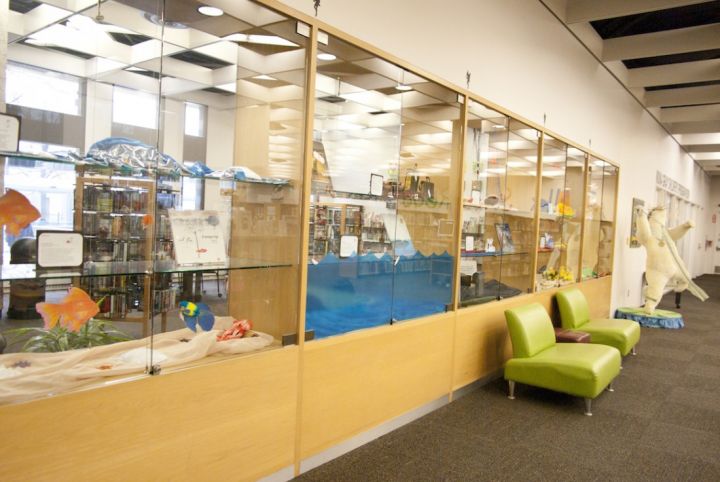 “Every time it’s a different experience as (families) go through the book together, and have different ideas from the images that they see in the pictures,” Opar says.

Mariella Bertelli, a Toronto storyteller and the coordinator of the Canadian leg of the book tour, sees it as a way to start a difficult but necessary conversation.

“That’s the purpose of the exhibit, to bring attention in a soft, gentle way to this problem of the migrants and the refugees and the people that are needing help as they are being relocated, as they are relocating.”

When she was in Winnipeg for the launch on Feb. 9, Bertelli ran programs with Grade 5 classes from Sister MacNamara and R. F. Morrison schools. She vividly remembers a boy who had immigrated from Ukraine.

“I said to the kids, ‘So how do you feel? How would you feel about leaving your place?’ Some of them said, ‘frightened’, ‘scared’, but then he said, ‘Sad.’ Then other people said, ‘Lonely.’” 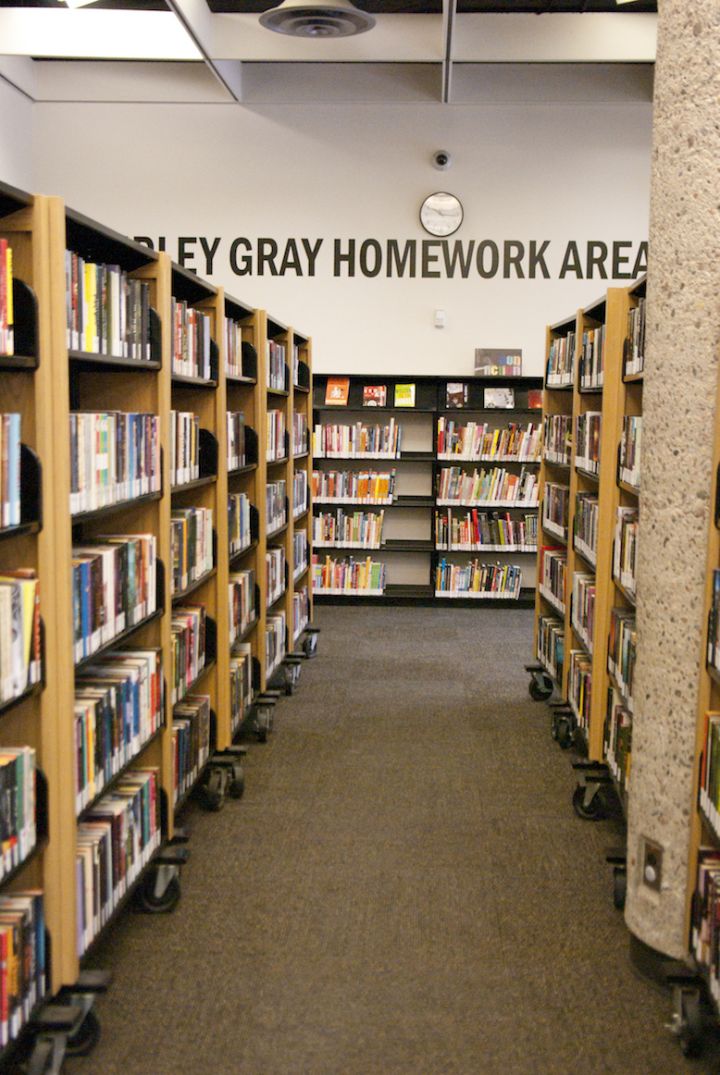 “At the end of the presentation afterwards, the classes left, but he went back to hug me.”

IBBY is an international voluntary organization founded in the wake of the Second World War, after Jella Lepman started a children’s library in Munich.

“And we all believe that we can change the world through children’s books,” Bertelli says. “By selecting good literature, and by sharing and reading it with children and providing them with access to these books. And by having the children read those similar books around the world, then we will be able to overcome our differences, and create a better world.”

After touring, the books will belong to Lampedusa’s new library. Although the town has donated a building, there have been unforeseen delays. These days, youth trained by IBBY are running a modest operation out of an office twice a week.

“But the kids are very, very excited about having a library,” Bertelli says. “They really want it.”

Silent Books: Final Destination Lampedusa runs until March 12 in the Children’s and Teen’s area at the Millennium Library.