Shop Take Care (109 Osborne St.), opened in February 2017, has been a smashing success, so much so that owner Jill Zdunich is opening a second location in March.

The new Shop Take Care will be in the Exchange District, and Zdunich stresses the importance of keeping her business located downtown, saying “local business is imperative to a city’s economy ... the more money we pour into central Winnipeg, the better.” 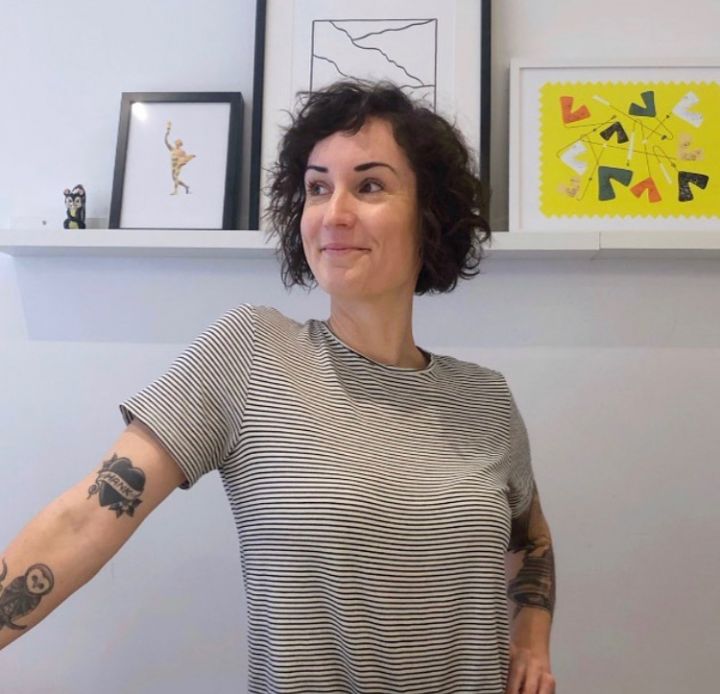 When Zdunich moved to Winnipeg from Vancouver in 2014, she noticed “that everyone thrifted here, but there was no curated consignment store.” This observation, coupled with an “inability to work for other people and a hatred of corporations” inspired her to quit a “soul-sucking 9-to-5er” in the financial industry to open her own business.

Zdunich’s mission was to “create a community around consignment, to remove the stigma around wearing secondhand clothes” and to support queer and underrepresented communities. Shop Take Care does this tangibly, and in a variety of ways, from providing clothing donations to Rainbow Resource Centre, Main Street Project and Klinic, to hiring queer employees and organizing the store based on the colour of the garments rather than on their percieved gender.

Taking cues from clientele is part of the business, and Zdunich says she is “blown away by the amount of knowledge kids have. They are the ones with pickets, out protesting and carrying that into their adult life. We are going into a new decade and need to be hell-bent on making the world a better place.”

Fast fashion is a major culprit in global warming, and reusing clothes that are no longer needed serves twofold: reducing waste and the production of more garbage-y garments, while also saving the shopper money, as they gain consignment credits to buy new-to-them clothes that have been lovingly worn. Zdunich says “if you treat clothing nicely, especially vintage, which is generally made from good fabric and well-constructed, it will last for decades. It is neat to see people latching onto the idea of sharing, repairing and recycling.”

“I think the great thing about Jill’s concept is that she addresses a few needs,” Suzanne Reesor says. “She curates a collection that has really current styles and in-season fashion, and she fills an area for vintage shopping.”

Reesor, alongside Avery Quinn, runs Closet Space, a popup business that caters to Winnipeg’s 2SLGBTQIA+ community. Quinn explains that she and Reesor “are selling clothes primarily for transgender folks and helping them create new wardrobes” while assisting clients in navigating the often “scary world of retail.” In addition to fashion consultations and sustainable clothing options, Closet Space is the only business that carries gender-affirming gear in Winnipeg.

Reesor says Zdunich is “one of the few people we (Closet Space) feel comfortable sending clients to, because they are guaranteed not to be misgendered, and will have a 100 per cent genderless introduction to the store.”

The care Zdunich takes shows, and she says “the city has really adopted my shop, and the support from community and neighbouring businesses is overwhelming. Winnipeg has this camaraderie that you really feel sometimes. I have been so fulfilled by the community, and by the tiny little bit of philanthropy that I’ve been able to do with this.”