This March, Academy Road welcomes a new edition to its already robust offering of fashion, food and trendy, talented locals.

Stylists April Carriere and Kelly O’Leary (who goes by Kelly O as a stylist) had only been thinking about opening their own salon for a few months when the perfect opportunity fell into their laps.

“It all happened one day in a text,” Carriere says. “I knew that she’d been thinking of going into business for herself, so I said ‘I’m awesome and you’re awesome and we should do it together.’”

Fate stepped in and brought the duo to a beauty supply sale held in what will now be known as The Sapphire Lounge (562 Academy Rd.).

As it turns out, the owners had been trying to find a buyer and had considered clearing it out for use as a yoga studio.

Though updating the space had seemed daunting to some, this duo is not one to back down from a challenge.

Over the past few years, O’Leary has been cultivating her brand, eventually reaching a viral level of success with her talent for executing hair trends in constantly evolving ways. 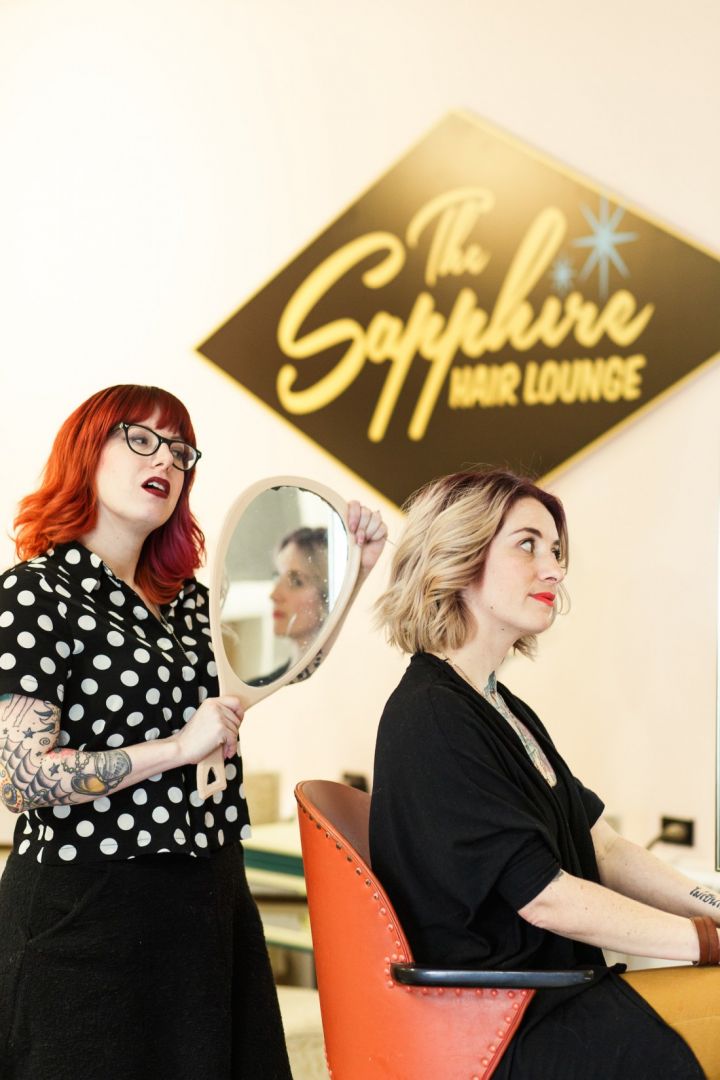 A self described workaholic, she spends her off hours organizing fun photo shoots. Past themes have been ’90s pop culture icons, sleepover parties and fruity summer fun.

Now that she has her own space, she wants to facilitate a few crazy ideas, like 24 hour cut-a-thons.

O’Leary has succeeded in several international victories, including being featured on Kylie Jenner’s app, but is also happy to have created a loyal group of local collaborators who are keen to lend their heads to her latest experiments.

Amanda Legris, hair muse, has been recognized all over the city for her frequent appearances on Kelly’s Instagram account.

“People love it! I’ve been approached by strangers. It’s an odd experience but always positive. She has created such a beautiful market for herself,” Legris says.

Carriere rounds out the equation with an enthusiastic attitude and down to earth approach. Of the collaboration, she says:

“(Kelly O is) amazing. She takes care of all the social media, and she’s a name people respond to. My goal is to start small, expand and go with the flow.”

The two are excited to unveil the space, which they’ve tried to make fresh and modern while embracing the retro feel that made them fall in love with it.

Though O’Leary cites Mad Men, the martini and Las Vegas as her main inspirations, customers shouldn’t feel intimidated if their style is more laid back. When asked about their ideal clientele, they expressed a mutual desire to be inclusive.