At this point, most are somewhat aware of the tenets of polyamory. Monogamy is restrictive, if not a totally bunk relic of Judeo-Christian metaphysics. Why can one become emotionally intimate with new people, but not physically? Why bother drawing such lines? As long as consent and honesty ground everything, anything goes. The logic seems sound.

That doesn’t mean that polyamorous relationships have exploded in popularity. Anlina Sheng, the coordinator of PolyWinnipeg, notes that the organization’s seen a spike in numbers since it formed five years ago. Between 10 and 20 show to each monthly discussion. There’s more young and queer folk involved than in other cities, Sheng says. But it’s still in its infancy.

“There’s been growing public interest,” Sheng says. “It’s still not mainstream. There aren’t many social models of how to have polyamorous relationships. For many people, it’s really important to seek out community and other people they can share experiences with and have
camaraderie with.”

Internet forums have served as a critical tool to build such connections, Sheng says. Back in the day, people would have to resort to coded messages in the classified sections of newspapers. Now, participants can remain anonymous and find other poly folk without any form of risk. Maybe Facebook isn’t so bad.

But face-to-face interactions are still significant. That’s where events like the monthly PolyTalk come in. Like-minded people gather at the Rainbow Resource Centre on a Sunday afternoon. A facilitator guides a discussion around various issues, ranging from finding community, to the downsides of poly dating. It’s not seamless. That’s part of the point.

“We’ve worked to create a culture where it’s okay to make mistakes, but we also do expect accountability for those mistakes,” Sheng says. “I hope it’s a safe space where if someone makes a mistake and uses language that’s not appropriate or says something sexist that we can address that within the context of the community rather than ignoring it or downplaying it.”

There’s lots that non-poly people can do to get better informed about the relationship orientation. Read a Wikipedia article or two. There’s some solid long-form pieces out there on the subject. Work on valuing diversity. Don’t slut shame. Be sex positive. Also, recognize that polyamory varies enormously from person to person.

“Polyamory can mean a lot of different things for different people,” Sheng says. “For some people, it is just a way of describing the way they do and structure their relationships. For some, it’s an orientation, like being heterosexual, queer or asexual; it’s a very fundamental aspect of their identity. There’s others for whom polyamory is informed by the way they view and interact with people in their lives in general.”

All are welcome to PolyWinnipeg, regardless of perspective or experience. Sheng mentions that PolyTalks and social events such as potlucks and games night will continue with regularity in the coming months. Public education and workshops are also being mulled over as potential opportunities. There’s lots to come, and plenty to experience. 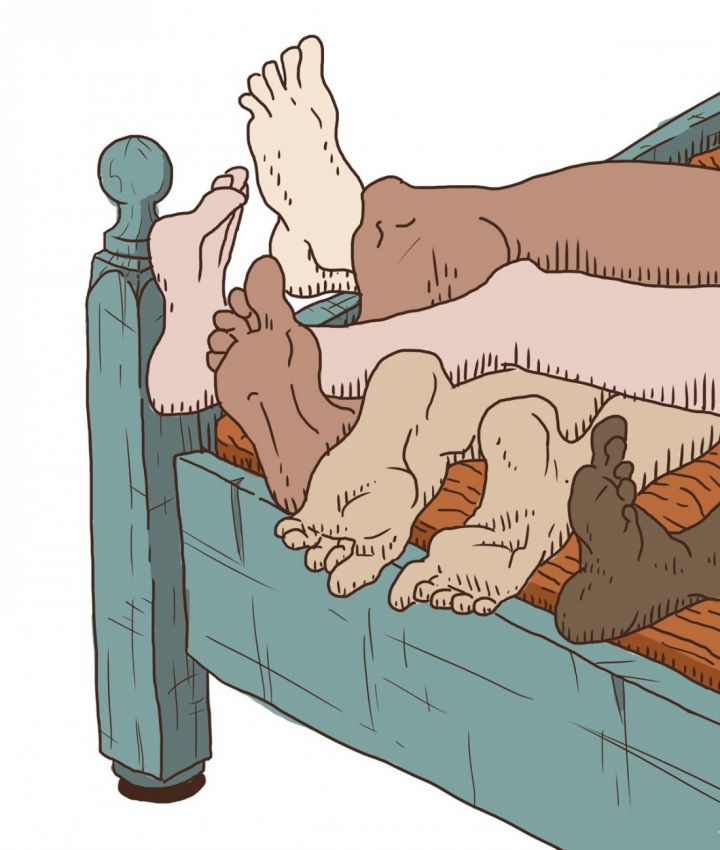 PolyWinnipeg’s next PolyTalk is being held on Sunday, Nov. 30 at Rainbow Resource Centre (170 Scott St. in Osborne Village). For more information, check out its Facebook page at facebook.com/PolyWinnipeg. A good intro to polyamory is The Atlantic’s “Multiple Lovers, Without Jealousy,” which you can find online.