‘These things are bigger than I am.’

A year ago, Chantal Fiola, an assistant professor in urban and inner-city studies at the University of Winnipeg, published her first book, Rekindling the Sacred Fire: Metis Ancestry and Anishinaabe Spirituality. 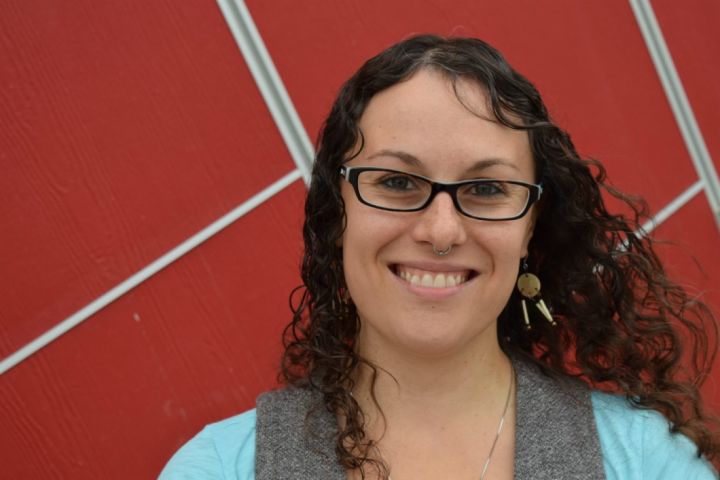 Fiola says her book stems from her doctoral research that focused on resurgence in Indigenous communities, particularly the Red River Métis community. She interviewed 18 people with Métis ancestry from Manitoba who participate in ceremony, like Sundance or Midewiwin.

“I talk about how we, Métis people – not just Métis people but First Nations as well – we’re kind of forced to become disconnected from our culture and our spirituality,” Fiola says, “and so the 18 people in the study shared their story about how they have overcome these forced disconnections and how basically we’re finding our way back to the lodges.”

The study and research is something Fiola has a close connection to.

“A lot of Red River Métis people are Catholic, Roman Catholic, and that’s the way I was raised – really heavily in the church. I did everything possible you could do in the church. But I walked away at a young age, because ... I didn’t like the messages I was receiving around women and around queer people,” she says. “I identify as Two-Spirit, and I didn’t feel like I was being nurtured – or empowered is probably a better word – in the church.”

“I disagree with both of those statements, because it’s more complicated than that,” Fiola says. “I feel like this work’s research is super important in terms of Métis self-determination. It’s perfectly fine for Métis people to go to church, but it’s also perfectly fine for us to go to Sundance or Midewiwin.”

Fiola is currently in her second year with the U of W and is working on phase two of the study, which will focus on communities, rather than individual experiences.

“These things are bigger than I am. They’re more important than my career,” she says. “These are, this is my life’s work. I’m going to do the best that I can.”

What’s your favourite thing about yourself?: It’s not just one thing, it’s my larger journey around figuring out who I am in terms of my spirituality, my spirit name, my clan, identifying as Two-Spirit. Because the way I’ve been taught in the lodges, I have to figure out who I am, what my gifts are, if I’m going to be helpful to my communities. So I guess, my favourite thing about myself is my willingness to seek out that information and to learn and the fact that I’m not afraid to make a mistake, because I really value learning and growing.

What is something you’ve learned from your students?: Being in urban and inner-city studies, is a particular special environment, I feel, because we are located on Selkirk (avenue), we’re located away from the main campus. Something like 40-50 per cent of our student body is Indigenous. We have a high newcomer population, inner-city population. And the rest of the students come from the main campus, and often they’re from higher socio-economic backgrounds.

We have a lot of white students that come from the main campus, and the interaction between them, it really inspires me. For some of the main campus students, this is the first time they’ve ever set foot in the North End. For some of them, this is the first time that they’re ever in a room speaking with Indigenous people, and it just humanizes the whole experience. And it helps us become better neighbours. For all the talk of decolonization and reconciliation and all those kinds of things, I feel like there are opportunities for that here – that’s what we’re working on. And witnessing that in the classroom is really beautiful.