Every once in a while there are films that are so strange and alluring you just have to watch them to appease your own morbid curiosity. Some, like The Human Centipede, are seen because of its shock value but don’t offer anything intelligent to say about society. Others, like Funeral Parade of Roses, are odd yet incredibly important. Shirley Clarke’s 1967 documentary Portrait of Jason belongs to the latter group.

Jason Is a full length feature film consisting of an interview with the eccentric Jason Holliday aka Aaron Payne. He’s a houseboy, a would be cabaret performer and a self-proclaimed hustler who gives us a gin-soaked view of what it’s like to be coloured and gay  in 1960s America.

Ingmar Bergman, one of the greatest art-house film directors of all time, once proclaimed this picture as “the most extraordinary film I’ve seen in my life.” Indeed it is quite exceptional; a unique look on life described by a man who is a minority within a minority. As we hear his testimony we notice how miserable his life is, not because he is a bad person, but because the system he is in tries to tear him down at every given moment. Shirley Clarke mentions that “racism is the great problem of our time,” it’s a bit of an understatement, but still very true.

Portrait of Jason is essential to watch in 2013 not only in a historical sense; it was one of the first films to view a gay protagonist in a sympathetic light, but because it makes us more empathetic beings. If you are not a minority within a minority, then this film will show you their perspective. If you are, then perhaps the picture will help you feel like you’re not alone in a system that seems to try to put you down at every moment. It’s a very moving film that will encourage you to stand up for those who have less. 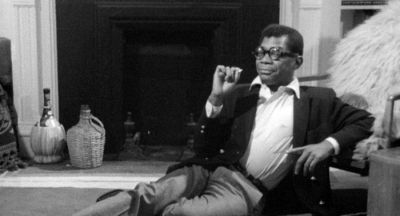