“We were all at the Canada Dance Festival one year and we were all talking about our situation,” WCD artistic director Brent Lott says. “We didn’t know much about what the other prairie cities were doing, there weren’t a lot of touring opportunities, so we thought that was something we needed to correct.

“We also wondered if there was a prairie aesthetic and by sharing our work we hoped we’d get a better sense of what’s unique about prairie creators. That’s still to be answered, but one of the things I think we’ve noticed is that there seems to be an openness to our vision and to our use of space.”

For the first two years all of the cities were performing four separate pieces, but now the production has been scaled down to include only one touring act each year.

This year’s Prairie Dance Circuit will feature performers from Regina, who will be responsible for the first half of the show, with Winnipeg dancers taking over at the end. The Regina portion shocases Johanna Bundon and Bee Pallomina, two dancers who are teaming up for a duet.

Veteran dancer and New Dance Horizons artistic director Robin Poitras also hits the stage for a new solo performance titled She, which was created for her by Montreal-based choreographer Paul-André Fortier. During the 24-minute piece, Poitras unwraps an old box-spring and starts playing it, giving it new life as a musical instrument. 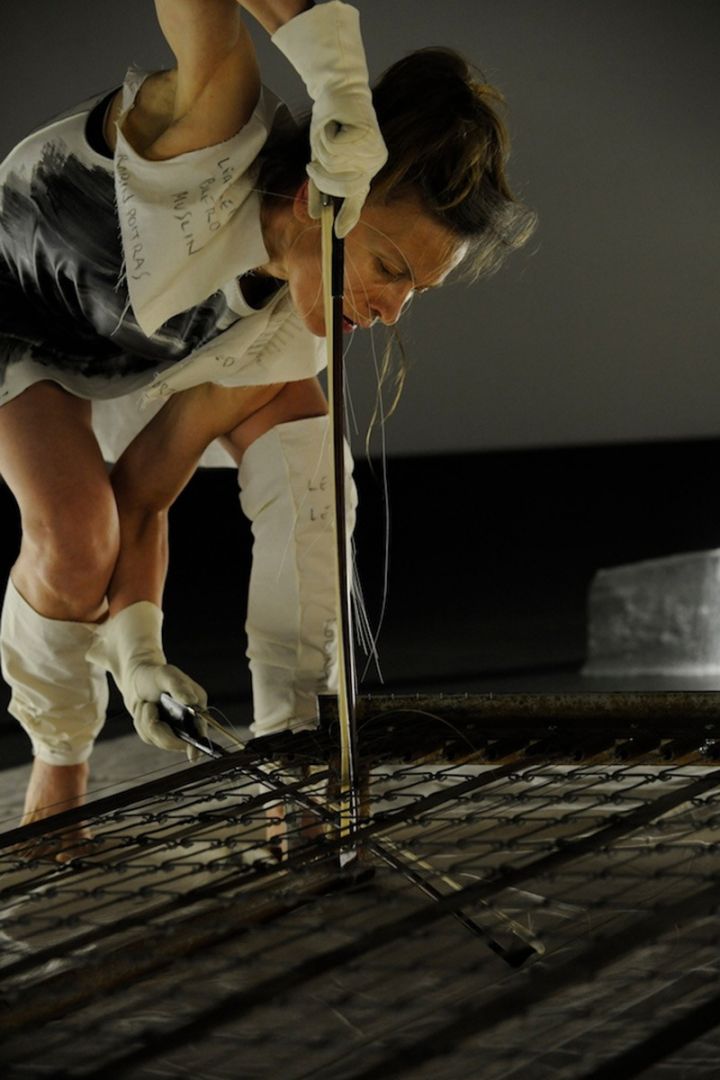 “The entire bed is amplified so whenever it’s touched it will pick up sound,” Poitras says, 55. “I’m actually a cellist as well so I was pretty delighted to have the opportunity to explore sound at that level in a work.”

The costume Poitras wears during the piece was designed by Daniel Storto, a glove maker who currently resides in New York.

“It was designed in part to protect the body from the sharp barbs on the bed that have to be navigated throughout the performance,” she says.

The Winnipeg portion is set to music from Canadian DJ Kid Koala’s graphic novel/soundtrack Space Cadet and is choreographed by Lott himself, who selected dancers Johanna Riley, Sam Penner, James Thomson-Kacki and Sarah Helmer to perform his newest work.

“The music came second while the movements came first,” Lott says. “I heard the music and realized it fit like a glove, it was just perfect for what we were doing.”

Next year Winnipeg is scheduled to tour the four cities just in time for WCD’s 50th anniversary and Lott says preparation is already underway.

“We’ve already chosen a local choreographer named Ming Hon and she will be working at putting our portion together in the coming months.”

Catch the Prairie Dance Circuit on November 1 and 2 at 8 pm in the Rachel Browne Theatre.

Tickets are $25 for adults and $20 for students and seniors.