Not Another Diversity Panel

It’s an exciting time to be an Indigenous artist.

This is what I am repeatedly told by people in positions of power within my chosen career field, the theatre industry. In many ways, it certainly seems true.

Arts council have overhauled their funding plans to provide support to Indigenous artists and projects, and organizations now endeavor to let at least one of us into their writer’s rooms, their director’s labs and their acting studios. That’s rad.

Last year, I sat on a panel about diversity in theatre run by an exclusively white theatre company. That was less rad.

Don’t get me wrong, it was fun. There’s not a whole lot I won’t do for dramatic irony. I wore a pair of mom jeans and a billowy green and brown shirt with a feather pattern on it that everyone assumes is some kind of majestic Native American textile print but is actually just a piece of recycled clothing from a now-defunct boutique shop in New York’s Alphabet City.

Once a cultural enclave for minorities, Alphabet City is now one of the most expensive neighbourhoods in New York, thanks to the magic of gentrification. The lure of wood-trimmed coffee shops is irresistible, often even to those whom it dispossesses.

As a millennial, I love a good pour-over. As an Indigenous writer and director, I also love good theatre and great art.

While, as a group, Indigenous peoples endeavour to reconcile a history of collective cultural trauma, we are simultaneously trying to reconcile our individual positions in society. For Indigenous artists especially, these positions often carry within them a pronounced disconnect between how we see ourselves and how we are seen by others.

To the gatekeepers of our fields, and those in positions of power, we are often not seen as individuals with unique strengths and weaknesses, but rather as dispellers of myth, tokens to be collected as proof negating racial stereotypes and opportunities for others to prove their progressiveness.

In the New York Times, critics exposit the differences between audiences in Europe and audiences in the West. How do they differ? What is the “right” way to make theatre? What are they demanding?

As I finish writing this, I am en route to a diversity panel at the New Ohio Theatre in New York City, entitled “Not Another Diversity Panel,” hosted as part of their upcoming #americanAF theatre festival centering the voices of artists-of-colour. I am excited to hear their demands.

What about us, Winnipeg? What are we demanding with our collective voice?

I don’t think it’s a great time to be an Indigenous artist.

It’s a great time to be an artist, period.

Frances Koncan is an Anishinaabek artist from Couchiching First Nation. She currently lives in Winnipeg with her dog Tucker, and owns five full IKEA dressers but still has nothing to wear. 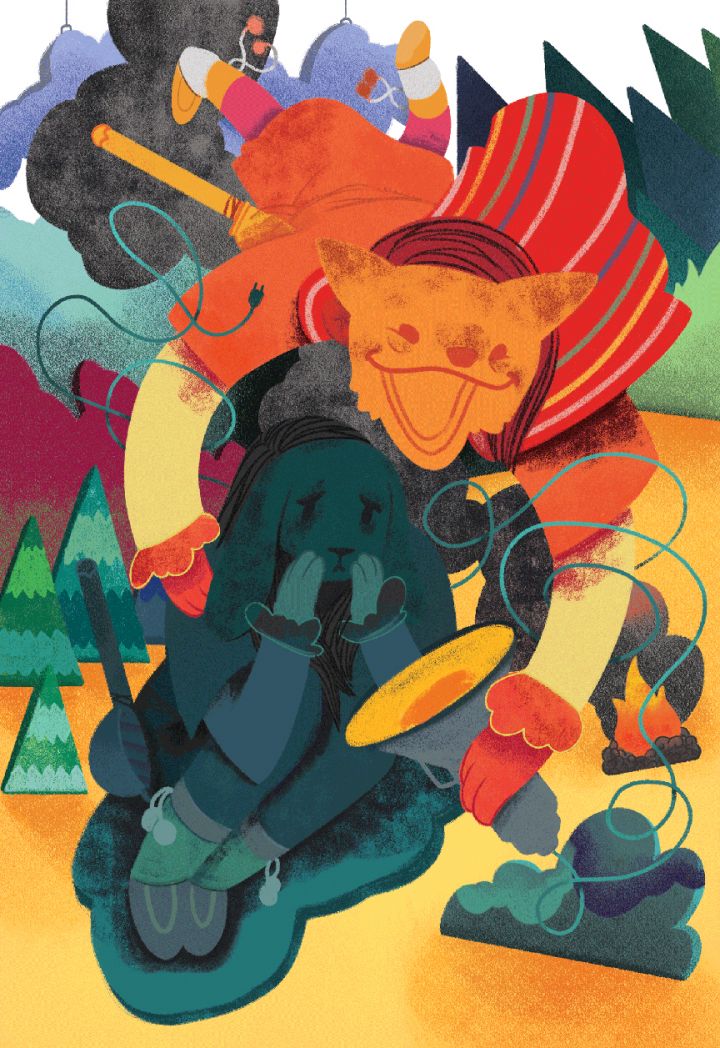