One Part Outlaw, One Part Artist, One Part Explorer

It might be considered graffiti and an act of vandalism, but Kush’s poster of the late ‘homeless hero’ Faron Hall reads like something completely different.

The arresting image of Hall, who saved two people from drowning in the Red River before the same waterway took his life in August last year, is plastered securely to the Higgins underpass. The caption is simple: “Legends never die.” 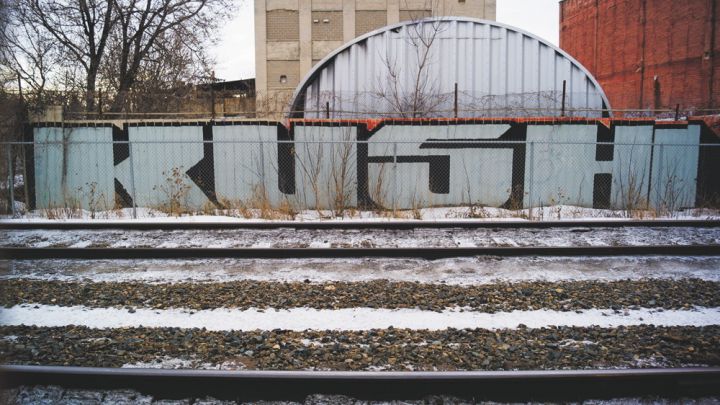 It’s one of many posters Kush has diligently pasted across our city. The fly bum, as he’s also known, ran an impressive campaign for mayor, getting up more posters than some legitimate candidates during the recent civic election.

And though he says his work isn’t overtly political and often not political at all, it does chip at the undertones of Winnipeg’s civic landscape.

“The ultimate underlying purpose, if there is one, is to encourage and aid in the dismantling of white supremacist patriarchal power structures and systems,” Kush says.  “Here and everywhere.”

Taking cues from New York writers Revs and Cost, Kush’s high contrast black and white posters read “hipster proof,” “gimme your love,” and “listen to a brother who knows” – messages the prolific graffiti writer has left up for interpretation along with countless tags and stickers. 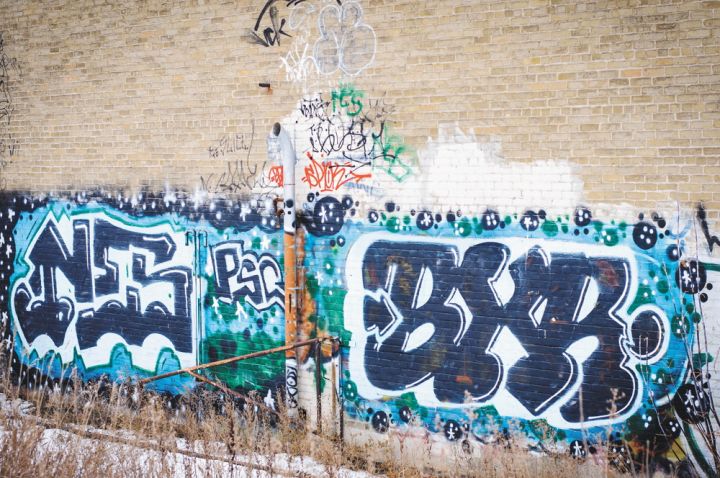 For over a decade, Kush has been adding his style of graffiti to the urban scenery and painting everything from dumpsters to freight cars. And it’s only after many years of practice with paint and pens that he’s moved on to wheat paste.

“Postering - it gains its value from the painting that I’ve done but with that said I like the look and the beauty of repetition. To me that’s what is so striking about postering but also it’s totally different from painting which is good,” Kush says.

“It becomes more about the words on the poster as opposed to a piece.”

In the simplest sense, his motivation is to push Winnipeg’s graffiti culture closer to that of vibrant cities such as New York, Montreal and Berlin.

“Winnipeg, I think it wants to be a big city but it’s stuck with a small town mentality, so I’m just doing my part to grow it.”

But that’s not without push back. One of the biggest challenges when it comes to writing graffiti in Winnipeg is getting a piece to stay, Kush says. By its very nature graffiti is temporary and in the time it takes to get something up, it tends to come down again. 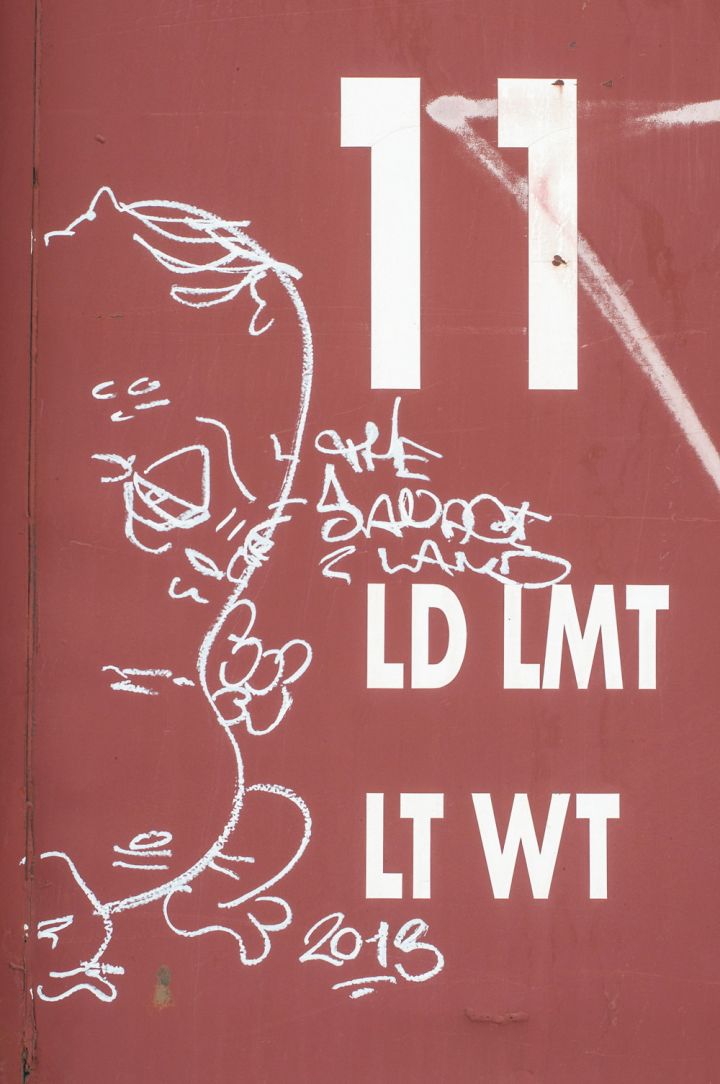 “Especially in a city like Winnipeg where the buff is strong, you have to accept that,” Kush says.

Like most graffiti writers, Kush’s career began with tagging, the basis of all street art. The often hard to decipher lettering is on bus benches, on stop lights, on dumpsters, on fences and on every other public space that’s within arm’s reach. The onslaught of tagging by a writer is called getting up, and it’s the bane of many. However tagging (and lots of it, as Kush and other writers suggest), is the first step in acquiring style.

“Graffiti isn’t just really pretty pieces; it’s that but it’s also simpler pieces, straight letters, chrome and black, throw ups and tags,” Kush says. “Tagging is the foundation. I know the general public doesn’t like that but the fact of the matter is that without the tag we wouldn’t have those pieces.”

And Winnipeg does have remarkable pieces of graffiti. Though they are often relegated to the industrial yards, the rail yards, and city’s hidden corners, artists such as Kush, Deter, Merk, Amuck, Krakr, Defmode, Aeros and dozens more are creating world class graffiti here at home.

At Winnipeg’s Graffiti Gallery, 109 Higgins Ave., Pat Lazo has had a hand in bringing international graffiti legends RISK and Cey Adams to the city. Lazo, who is the co-founder and artistic director of the gallery, says the idea is to show Winnipeg’s writers that their work can be a recognized as a legitimate and paying practice. 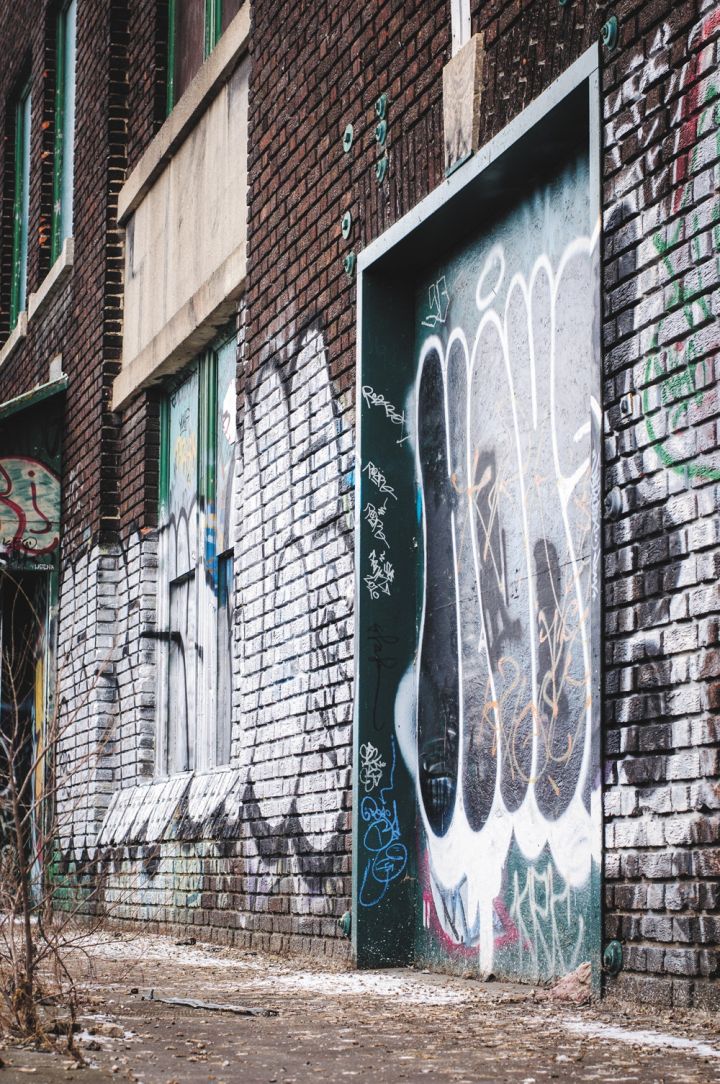 However it’s a tough line for writers to negotiate. Even Lazo, who started writing illegal pieces in the early ‘90s and carried on for close to a decade before studying art and taking on his role at the Graffiti Gallery, had his hesitations.

Without denying the value of getting up, bombing, and painting freights under more suspect circumstances, Lazo says graffiti has already saturated mainstream culture, and moved into legal venues.

And with New York based artist KAWS creating awards for MTV and a float in Macy’s Thanksgiving Day Parades, it’s hard to argue against that.

“I understand that okay ‘you’re not keeping it real,’ but it baffles me,” Lazo says. “Don’t you want to make a living doing what you love doing? I think that’s so important to create and make a living at it.”

Cyrus Smith is one example of a Winnipeg writer who has taken his street skills and made a profit on them. The graffiti writer turned studio artist is now living and working in Berlin where he landed a space at Stattbad, a contemporary arts and culture centre.

On a recent trip to Winnipeg, the longtime artist said making the switch was less about the money and more about growth.

“We all get older, and I guess the active thrill...you kind of do something somewhere for an extended period of time it kind of gets boring after a while,” Smith says.

“Not to mention it becomes a little too dangerous. You do something somewhere that’s not allowed for an extensive period of time, the concentrated activity…it’s only a matter of time until people know it’s you.” 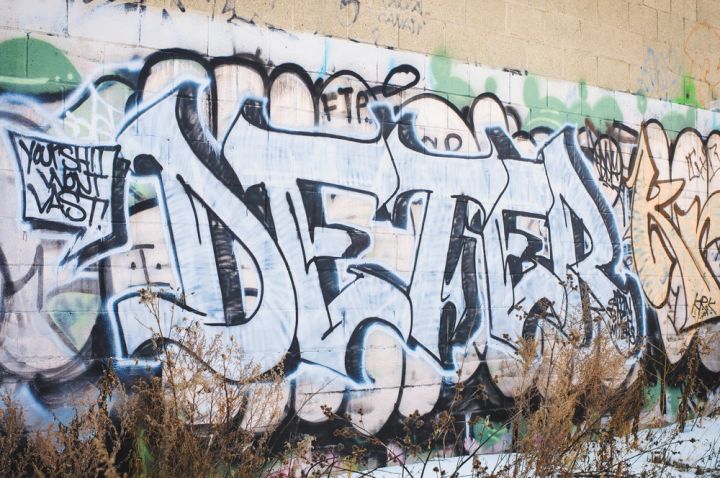 Since leaving for Berlin in 2011, Smith says he hasn’t completely stepped away from street art and continues to do commissions for a city that admires the style of art much more than Winnipeg.

“Being in such a large European metropolis with the extensive history that Berlin has, I find it fascinating that the city is absolutely covered in graffiti and I’m not saying that lightly,” Smith says.

“There are other cities in Canada that are quite appreciative of this art form but it’s kind of sad that it’s so misunderstood here, and the public is easily swayed.”

Swayed to believe that graffiti writers are simply vandals set on defacing the urban core with markers and paint, when in reality it’s quite the opposite.

Winnipeg’s writers are one part outlaw, one part artist, and one part explorer, Kush says. They know the city’s character intimately and admire and respect the canvas it has to offer.

“People say we hate the city or we fuck it up, but we actually love the city,” Kush says. “We’re more engaged and involved than most, who just hop in their cars and go from box-store to box-store. We actually know the city - the ins and outs.

“We appreciate the city and we’re crucial part of city life.”