If you grew up in the ’90s in Winnipeg, you probably encountered at least one of three childhood staples.

There was the Dark Zone, a laser-tag paradise that made you feel like a deadly super spy and weapons expert.

Adventure City was a neon-tubed labyrinth, greasy with pepperoni pizza fingerprints and packed with hyperactive children high on pixie-sticks and prizes.

And then there was Wheelies Roller Rink, a cavernous, indoor roller skating venue with a bubbly pink cursive sign, once located on McPhillips St. and now found just off of Logan Ave. in the North End.

But it wasn’t their unique brands of fun that set these three venues apart – it was the test of time. So far, only Wheelies has stayed standing – or in their case, skating – into 2015.

“Some of my fondest memories were at Wheelies. For the first chunk of my life, my dad lived in Minneapolis. When he would come to visit, he would always take me to Wheelies,” Celina Brown says.

“We loved the music, but him teaching me how to rollerblade was unforgettable,” she says.

Sarah Jane Martin says Wheelies was the first place she learned to skate, despite a few initial hiccups. 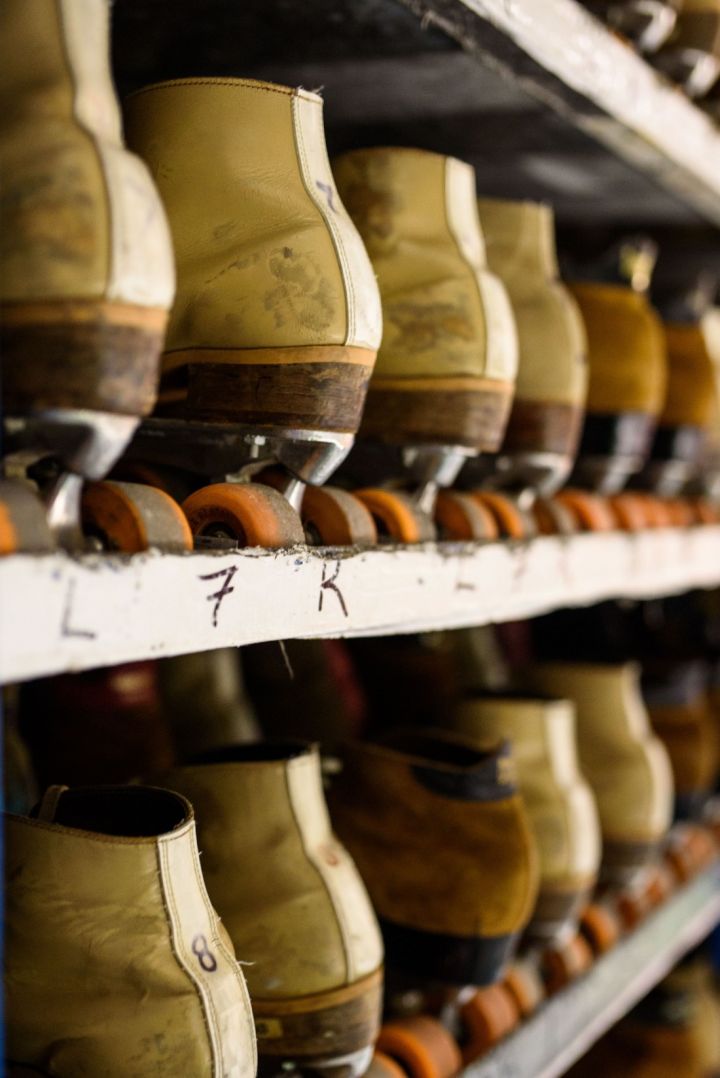 “I went when I was 14, and I was so nervous because I still had never skated before, so it took me like the whole party to figure out how,” Martin says, laughing.

“I skated towards my dad with my arms above my head, so proud that I was doing it, and my friend Adrienne skated up behind me and gave me a huge wedgie and I fell on my face in front of everyone.”

Martin says she had fun at Wheelies birthdays throughout her childhood, but was more impressed with the services the indoor roller skating rink provided.

“What I thought was really cool is that groups would bring young inner-city kids to come in and roller skate. Some of them were so cute,” she remembers.

For Brina Gervais, Wheelies was where she learned to grow as a person.

“When you’re young, you’re so sheltered in your life, community and school friends. At Wheelies, you met your whole end of the city in one place. It was where you learned to make friends with people on the spot,” Gervais says.

“Wheelies was like an exclusive club for cool kids… you never thought about booze or anything. You thought about being under the flashing lights, in the midst of the fog machine and in the groove of Sandstorm by Darude.”

Gordon, the owner of Wheelies (who didn’t want his last name published), says a welcoming experience is what he aimed to deliver to Winnipeggers all these years.

“I guess it’s lasted as long as it has because people like to roller skate,” Gordon says. “It’s something that people love to do and it crosses every generation.”

And the best part of his job?

“Meeting the people and making sure that they have a great time at Wheelies,” he says.