Elders, the gatekeepers of Indigenous culture across Canada, joined together in an effort to pass down their wisdom to both Indigenous and non-Indigenous groups.

The National Gathering of Elders (NGE) was held from Sept. 9 to 12 at the RBC Convention Centre. This biennial event brings together Indigenous Elders (First Nations, Metis and Inuit) to publicly discuss reconciliation, missing and murdered Indigenous women, revitalization of language/culture and climate change.

NGE Kanata executive director Dr. Judy Kim-Meneen says, “a gathering like this allows people to learn from each other, share and understand each other’s perspectives better.”

NGE is the first national gathering of Canada’s Indigenous Elders. After one year of planning and fundraising, the first gathering took place in Edmonton in 2017. 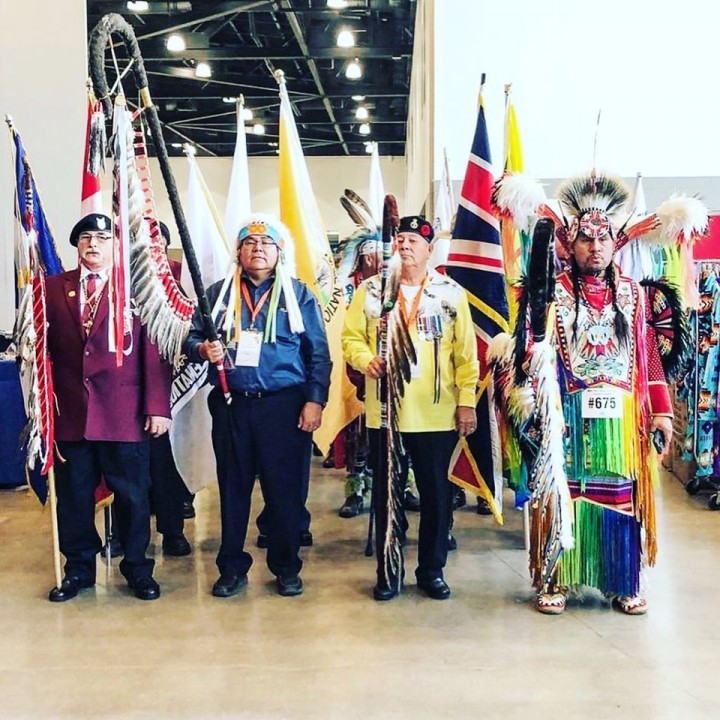 The National Gathering of Elders took place at the RBC Convention Centre from Sept. 9 to 12. // Supplied photo

“A group of grassroots people realized we need to give back to our Elders, acknowledging them as the rightful knowledge keepers, educators and advisers for us all,” Kim-Meneen says. “Originally, we planned for 1,500 Elders to come, but over 5,000 Elders showed up at the gathering.”

This year, event organizers hoped for a similar turnout and planned the four-day event with something unique each day for the Elders and participants.

Monday, Sept. 9 was the opening ceremony for all delegates representing individual communities and organizations across Canada. After the ceremony, there were forums held.

“Facilitators and note-keepers were with the Elders, and there were dialogues within our focused topics,” Kim-Meneen says.

The forums followed on Tuesday and Wednesday, with a focus on network and relationship building.

Tuesday evening was highlighted by an inter-tribal showcase and a friendship unity concert that featured the Winnipeg Symphony Orchestra quartet and Indigenous rock bands Eagle & Hawk and C-Weed, while Wednesday evening ended with an Elder’s talent show and social dance.

Thursday, Sept. 12 was the closing ceremony, and spokespeople gave remarks for the gathering’s next meeting in 2021.

“The event provides an opportunity to learn from our Elders, a lot of whom (have) lived for almost a century,” Kim-Meneen says. “With their life experiences, they come with their wisdom to give lessons on living a better life for the future.”

Among the attending Elders was Dan Thomas, an Elder-in-residence and faculty member at the University of Winnipeg (U of W).

“The role Elders have on campus is to essentially provide grounding for students in the organization of our culture, history and identity,” Thomas says.

“An event like the gathering, that has Elders available, is important, because it gives students both a place to go and find information and to vent and talk with someone.”

The Elder’s positive impacts are seen in recent testimonies and constant
class requests.

“Two years ago, a U of W student rushed to me, and said ‘You do not know me, but in high school (a part of Seven Oaks School Division) we went and listened to your teachings, and that is what helped me through high school and the years after, so I wanted to come and thank you.’

“Also, a lot of people have asked us to speak in classes, and I think this is important, because they can hear from people who have experienced what is discussed in class, which is not always the mainstream point of view.”