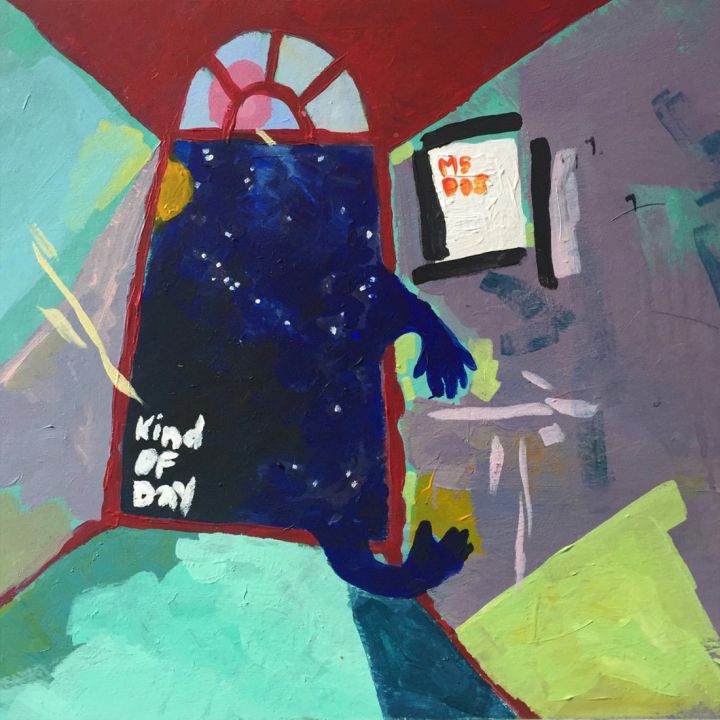 Kind of Day is Edmonton band MS DOS’ first mixtape release, which promptly followed their 2016 single track “Milk & Honey.” For those who were using computers in the ’80s the name MS DOS draws feelings of both nostalgic simplicity and progressiveness. These characteristics can be attributed to MS DOS’ sound, which has the smooth airy ambience of jazz with touches of electronic and rhythmic styles of hip hop.

The band members began collaborating in the spring of 2016 and were inspired after discussing the evocative lyrics in “Believe in Yourself” by Ziggy Marley, widely recognized as the theme song
to the TV show Arthur.

The band revealed that “after deliberating about the societal impact of the lyrics ‘what a wonderful kind of day’, the group decided to make a concept record that details a day in the life of the average struggling individual.”

The album takes listeners through an introspective day by titling each of the five tracks with a designated period of time (waking up, morning, afternoon, evening, sleeping). Concepts of freedom and purpose are consistent lyrically as the album takes dark but necessary turns.

The album shares the need to go on with that of the individual by smoothly transitioning from each track, analogous to the undetectable moment morning becomes afternoon.  While the lyrics encourage self-reflection this album is suited for calm evenings of relaxation with the resonance of rainfall and the soothing voices of vocalists Rachel Meindertsma and Catlin W. Kuzyk.

Meindertsma, Kuzyk, and the band's four other members Evan Tonack, Will Scott, Connell Stinnissen, and Eli Browning plan to tour in the summer of 2017 and are currently working on their debut LP.