Manchester by the Sea

Writer-director Kenneth Lonergan’s Manchester by the Sea is a low-key family drama with massive emotional weight. “Low-key” is an important distinction. “Drama” implies big, showy moments that Manchester is too smart to indulge in.

It’s wise enough to be fueled by life and truth where other films desperately manufacture melodrama. It’s a movie in which, on paper, nothing too shocking happens, which makes its tragic gut-punches all the more unexpected.

Casey Affleck stars as Lee Chandler, a Boston janitor who travels to his hometown of Manchester-by-the-Sea, Massachusetts following the death of his brother Joe (Kyle Chandler). Lee becomes the trustee of his nephew Patrick (Lucas Hedges) and tries his hardest to bury the events in his past that drove him away from Manchester to begin with.

The setting is steeped in a particular American regionalism that’s rarely seen onscreen. There are plenty of Boston films, but these coastal Massachusetts towns are something very different entirely. They’re softer than onscreen Boston.

Lonergan approaches this setting with visual and editing approaches that are at once stylish and incidental. He photographs his characters and their surroundings with purpose, but the film never feels orchestrated.

There’s a sense that the lives of these characters spill beyond the edges of the frame. When a scene in the morning ends and cuts to another in the evening, you can feel the afternoon that was lived between them.

The actors do a lot of the work to give the film that lived-in feeling. Casey Affleck (always the more interesting Affleck brother) has never been better than he is here. His typically distant, slightly spaced-out persona has genuine purpose in Lee, a character who has carefully walled himself in to avoid feeling something that terrifies him.

Michelle Williams as Lee’s ex-wife Randi is, as always, perfect. In her few short scenes, she fills in so many of the emotional blanks about the Chandler family. Lonergan deliberately leaves the audience asking certain questions about the Chandlers. Williams answers them not by explaining them, but by simply existing onscreen.

Lonergan’s sense of rhythm in storytelling is peculiar but effective. The film plays out partially in flashback, and he doesn’t hold the audience’s hand to explain when and where they are at any given moment.

The film is never confusing, it just asks the audience to do a little work, trusting in itself to know that work will pay off. It results in an interesting structure, in which the tragic events fueling the drama aren’t ever shown. We see the consequences, then piece together the past.

Which, again, is why the “low-key” distinction matters so much. Manchester by the Sea is hard to classify. It’s not wild enough to be a pure drama, but too dramatic to be called a “slice of life” movie (which is what it actually is). A “slice of life” movie that understands that life is often messy, painful and unresolved. 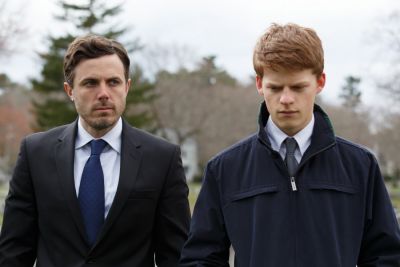