Kind of lying and not making waves

A lot of my time is spent doing things that I wouldn’t consider myself qualified to do, which is why I’m currently working on a video and mentoring a high school student in journalism. I’ve never mentored anyone before or had a mentor, and although I’ve technically made videos, my experience level doesn’t really go beyond boom mic-holder and editing room hanger-on.

The video is about a church, and while holding a camera doesn’t feel completely alien, I wrangled my girlfriend, Danelle,  into doing the audio bit. The building is huge and cavernous – the kind of space that makes voices echo in a way that would effectively ruin everything else. Being an audiophile, Danelle didn’t need much encouragement, and so we started shooting.

After the third night, we came home, and I started wondering.

“Do you think they know we’re a couple?”

Danelle’s been more or less out her whole life, and the topic of being out has probably lost its novelty on her. But not to me, two years in, still wondering if I look, talk or act gay. And when I started to think about it, I realized that I had been very purposeful in not alluding to our relationship, with the reasoning that we were in a church.

Most times I would be honest, but this seemed risky – what if they didn’t want to work with me anymore? What if they treated us differently? And that’s not to say that anyone gave any indication of being homophobic. I just didn’t want to chance it.

As a journalist, you’re supposed to reflect people back to themselves, not march in waving a rainbow flag, denouncing Trump or calling meat eaters murderers (I would only do two of those). Maybe it’s okay to say I was born in Ukraine or that I like cats, but being gay? That’s TMI, probably.

So when I introduced Danelle, I just said she’s here to do audio. I said I need her here for audio. That’s what I told the student I’m mentoring too, like she’s a little kid I have to protect from the truth. But that’s what adults did with me, too. I had no idea that my Grade 5 and Grade 6 teachers were gay – together – until the other day. It still seems like gayness is rated 18A, only appropriate after a certain age.

Once in a while, it really hits me that not only am I different – unexpectedly different – but that it could also have a negative effect on other parts of my life. I know I’m privileged to say that that’s a “weird feeling.”

When Danelle and I came back home after shooting and I looked around our apartment – messy with a sink full of dishes, cat hair everywhere, Post-it notes with hearts on them – it was okay, then, to have had to pretend, this one time.

But we still live in a world where being yourself as an LGBTQ+ person isn’t always kosher. It’s a gamble to be out, and you don’t always win. 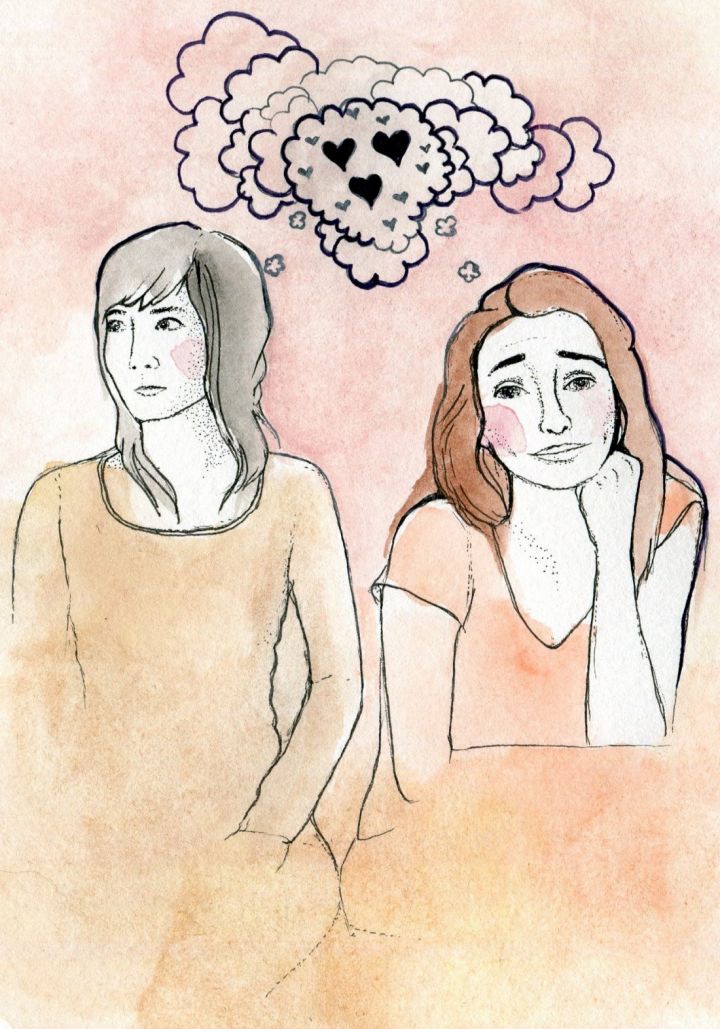