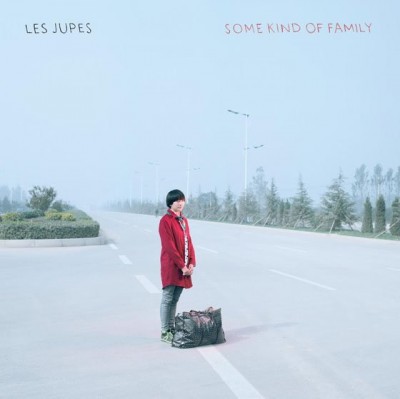 It would be easy to appraise this album in light of the recent disbanding of the band. It’s not terribly hard to, even on a cursory consideration of the lyrics, wonder if this wasn’t a long-simmering conflict that influenced the record. While that may or may not be true – that the album was recorded before the formal dissolution indicates it’s likely not – it demonstrates a tension and anxiety that are present in the lyrics that enable a biographical reading of the album.

The two most energetic tracks on the album mask that anxiety. Opener “When They Dig Us Up” kicks into overdrive during the chorus when frontman Michael P Falk laments how “everyone we tried to cure / we just killed a different way,” providing the strangest and best singalong of the summer. “Everything Will Change” matches the electricity of “When They Dig Us Up,” providing further anthemic approaches to introspection without the cliché of brooding.

Thematically throughout, there is a lot here about change and the unknown, and we hear some of that in “Everything Will Change” when Falk recalls how “when we were kids, we thought we’d stay the same / holding on to things that were sure to change,” then adds, “I passed you on the street I barely knew your face.” The album cools down during less uptempo tracks like “You’re Burning Up,” but maintain the thematic core that underscores uncertainty, with Falk singing “I’m burning up believing things that might be true and might be nothing.”

Recognizing that this is the final album by the band, one might have an inclination to give it greater majesty as a final word by the band and use it to cement the band’s place in a greater provincial – or even national – pantheon. Luckily, that this is the final album is no cause to do such thing. By its own graces, Some Kind of Family is a showcase of immense talent. Falk is an extraordinary songwriter and this album is just a further showcase of that. Les Jupes have left us, but they have left us with an incredible final document deserving of great consideration. Listen to it, know what you have lost, and wonder about what might yet come.