Jenny Ritter is a magnificent human being who doesn’t care about being called cool by anybody, especially not by the music industry. To me, this automatically makes her a radiantly attractive artist and person.

Here are some things Ritter actually does care about: three part harmonies, small-time farmers and musicians, community choirs, the banjo, love, happiness, old time music, the country of Sweden, the west coast of Canada, watercolor painting, nice pens, Margaret Atwood, and many more items way beyond being a hip, of-the-moment artist that the radio might nag you to have on your radar.

Ritter’s bright, hopeful voice instead resolutely sings about her long history of happiness, cabins in the wintertime, fighting darkness, sabre-toothed tigers, living in the wild, how the day bleeds into night at the beginning of the year, and the motion of birds turning together all at once.

She collides the autobiographical and the natural world to assemble a touching portrait of her recent living, all the while imploring the listener to “remember the life that we want to live.”

Between Ritter’s songwriting and engineer Adam Iredale-Gray’s careful recording artistry, Raised by Wolves is a gorgeous acoustic universe of instruments played with the love and skill of young and lifelong musicians.

The album was by no means rushed, with nearly three years between this and Ritter’s previous record, Bright Mainland. The band on Raised By Wolves is a very active group of young Canadian folk and roots musicians who are mostly out cutting their teeth in Boston and New York, touring all over the world while making time to sequester themselves on Mayne Island, a tiny Gulf Island off the coast of B.C., to make this gem of a Canadian folk record. 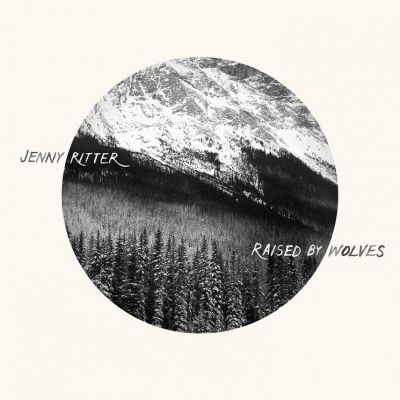