Indian and Métis Friendship Centre plans to go on

Winnipeg’s Indian and Métis Friendship Centre (IMFC) was founded in 1958 to provide a space for urban Indigenous people to meet and form supportive communities. Within the last nine months, however, turmoil made the Centre’s future shaky.

Mitch Bourbonniere is service coordinator for the Ogijita Pimatiswin Kinamatwin (OPK) program and resource facilitator with Urban Circle Training, as well as an active volunteer with Mama Bear Clan, Got Bannock and Drag the Red. He says he goes to the IMFC twice a month but has not been there since July of this year.

“There’s always something going on there,” Bourbonniere says. 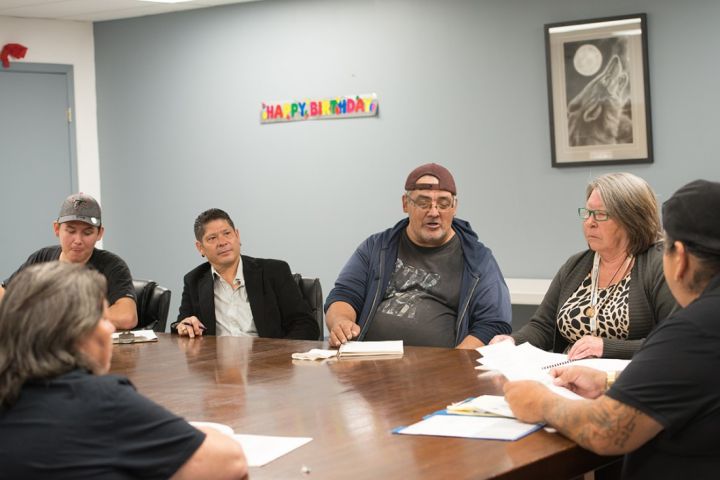 Staff assemble in the Centre's boardroom

One event he says occurred at the IMFC hall was graduations as part of an Urban Circle Training program. Bourbonniere also notes that the Community Education Development Association and Local Investment Toward Employment held their Christmas gatherings at the Centre. Additionally, he says the Centre has hosted various community meetings.

“When I was 16, it was my first gig, playing here as a musician. So I remember this place from when I was a kid. I want the other children to have that same opportunity,” IMFC advisor Jeff Wilson says.

He says the Centre is looking at offering new programs, like a breakfast club.

“We’d really love to pull that off in the winter. To do a (program) where they’d come in in the morning, and if we have resources, we’d also love to be able to give them a lunch to take to school,” he says.

But despite the community hub functions the IMFC served, its future has been in doubt. 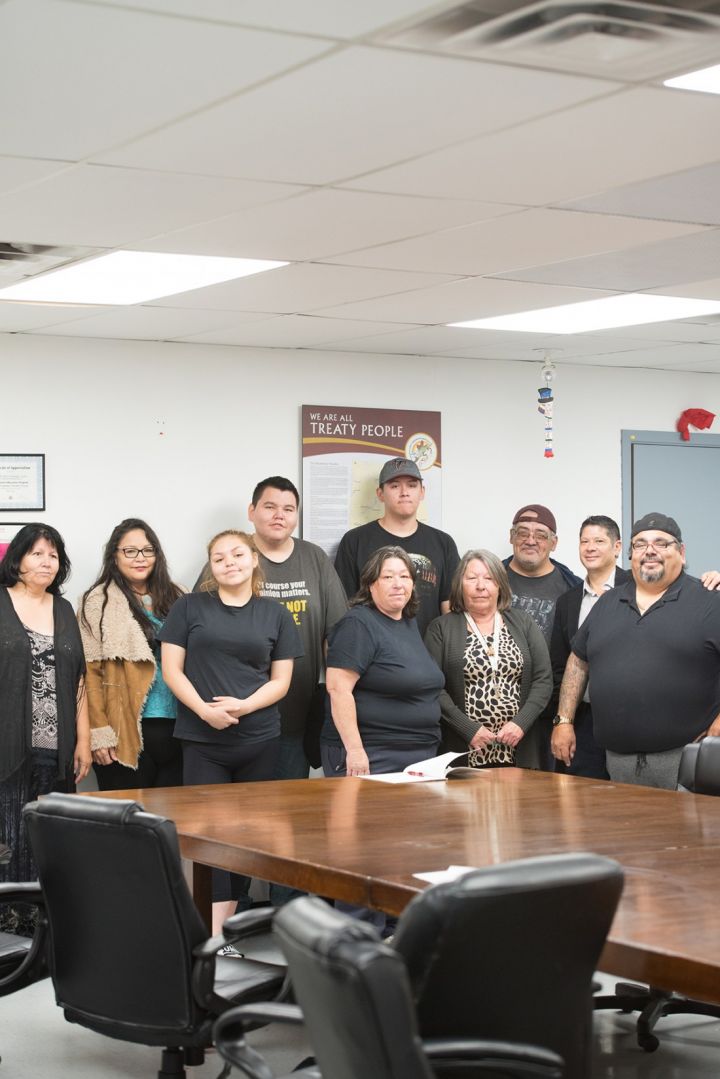 A letter from MAC identified issues of staff turnover, failing to get financial paperwork in on time, insufficient community involvement and stakeholder complaints as some of the reasons for the funding suspension.

During the March 5, 2017 MAC quarterly meeting, the other 10 Friendship Centres voted 9-1 to terminate the IMFC’s membership for one year. This also cuts off funding from MAC to the IMFC for a year.

Despite these setbacks, the Centre plans to continue offering services to the community, Wilson says. He says he was brought on shortly after Garrett Courchene became interim executive director of the Centre.

The advisor says by the time Courchene stepped into the role of  interim executive director, only three programs were running, much less than usual. Wilson says preserving the few remaining programs and expanding services has been a priority of staff at the IMFC for the last few months.

He says the facility still has resources and services for the community, like their computer lab, youth drop-in, elder services and a food service through Winnipeg Harvest on Wednesdays and Fridays.

Wilson notes that at the Centre, “it’s all little programs right now, because we’re operating on a shoestring budget.”