Big Fun Festival, a showcase of mostly local artists, is an incentive to get out of the house during the cold winter months.

“When we began, there was nothing that happened in January,” Stefan Braun, Big Fun’s artistic director, says. Artists tend not to tour or release albums during this time, so many are available to play at the festival, Braun says.

“It does create a very different artistic landscape for performance,” he says. “The bands that we do choose weren’t necessarily planning on performing during this time.”

Winter is a time during which bands often work on material.

“It’s interesting how the fact that you have to stay indoors can precipitate more creativity because you’re just stuck at home,” Jason Scanlon, bassist for Ivory Waves, says. Many of their songs were written during this period last year.

“You get trapped down indoors in the wintertime … (Big Fun) is a collective city experience that gets you outdoors,” Jason Aniceto, the drummer, says. 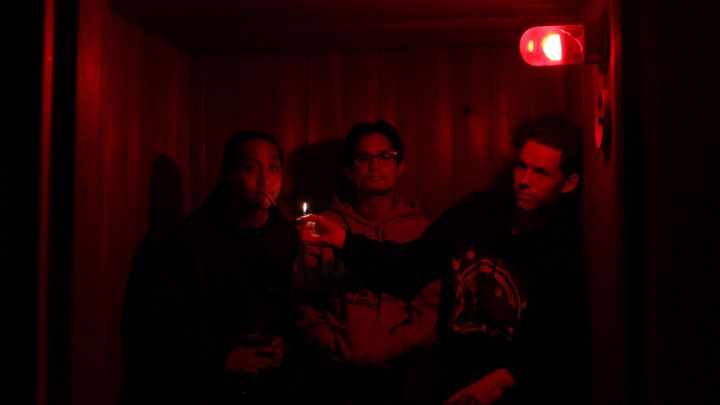 Ivory Waves is slated to play at The Good Will Social Club on Jan. 26 as part of the festival.

Ivory Waves is a local R&B-influenced indie-rock band “just playin’ some smooth, groovy tunes,” according to singer and guitarist Brett Ticzon. They will play at The Good Will Social Club on Jan. 26 as part of the festival.

The band’s music is undeniably inspired by Winnipeg. Ticzon says they have a song about the perpetually-late number 66 bus.

Big Fun is now in its seventh year and has grown from featuring around 15 bands to nearly three times as many artists playing at various venues over the course of a weekend. This year’s festival runs from Jan. 24 to 28.

“It all goes to show that the city is pulling together and deciding not to be afraid of winter,” Braun says.

He adds that although a winter festival means dealing with seasonal issues, such as blizzards and vehicles not working because of the cold, it also provides some unique characteristics.

“There are physical aspects of our landscape that exist for such a brief moment in time … you actually have the opportunity to use those,” he says.

For instance, the weather permits for semi-permanent structures. In the past, Raw:almond has been a venue atop the frozen Assiniboine River.

Artists often choose to put on more of a show, with big setups, dancers and different renditions of their songs.

“It creates a really interesting atmosphere, because it’s like a trial,” Braun says.

The name of the festival is an inside joke among the organizers, but all Winnipeggers can likely relate: There is a band named Big Fun in the ’80s film Heathers, who play a song with a message of hope and encouragement.

“They’re like the shining beacon of ‘everything’s gonna be alright, don’t worry about it, you’re gonna make it,’” Braun explains. He feels that this message readily applies to anyone trying to survive the month of January in Winnipeg.

Big Fun Festival runs Jan. 24 to 28 at The Good Will Social Club, The West End Cultural Centre, Times Change(d), Manitoba Music, Forth Projects, Sherbrook Inn, Ballroom and The Handsome Daughter. Festival passes ($75) and tickets (prices vary) can be purchased online, at Into The Music and
at the doors.