In their debut album Losing Sleep, released under Cameron House Records, brotherly rock trio Ferraro came onto the scene with a uniquely authentic sound that reminds listeners of what makes music from the era of five-cent bottles of Coca-Cola worth loving.

With the tone of this album revolving around the snap and innocent charm of rock 'n' roll from the late 1950s, Ferraro unearths the undeniable resonance of the first rock bands to challenge, what was then, a tame normalcy.

Losing Sleep is a sustained display of the impact early rock had in the construction of the band’s sound and identity. By pouring their artistic ability into the timeless mold of ’60s pop-rock, Ferraro effortlessly embodies the value of a well-placed harmony, guitar solo and instrumental breakdown.

Treading in the waters of emulating the exceptionality of the hip-shaking rock of yesteryear, Ferraro’s own stylistic ability still finds a way to shine through this audible montage of their inspirations.

In what can best be described as a tactful hybrid of Buddy Holly and Billy Idol, Ferraro brings to light the genius of pure, original rock 'n' roll. With signature tracks “On the Ropes,” “Old Hollywood,” and “On the Road,” this album reminds listeners that the snappy licks of ’60s rock are timeless.

With an average track time coming in a hair over three minutes, Ferraro arms their songs with the brevity many artists from the era of their inspiration adhered to. No song overstays its welcome; every song leaves the audience wanting more.

Losing Sleep should be in the collection of anyone who claims to have a true affinity for “real music.” Its original rock 'n' roll inspirations combined with its modern (but not overwhelming) guitar licks and solos make it the sort of rock album appreciated by avid enthusiasts of all generations.

This appreciation of the roots of rock 'n' roll provides the audience with a trip down memory lane to a time they themselves have never seen. Ferraro offers a dose of nostalgic rock flavour that makes a listener wish they had the gall to run a shameless handful of pomade through their hair and dawn a leather jacket, if only for the 30 minutes this album keeps them company. 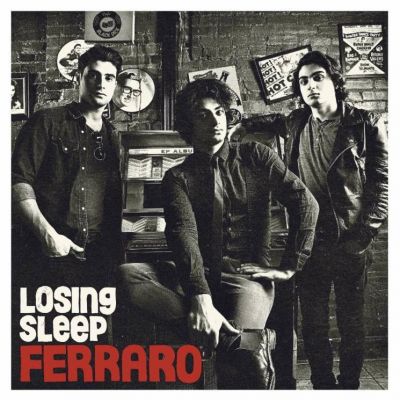