Kieran Valde is a fine artist from Treaty 1 territory who grew up in St. Boniface and focuses creatively on paintings. Valde’s mother (also a visual artist) exposed him to art, and he began sketching and drawing at an early age. 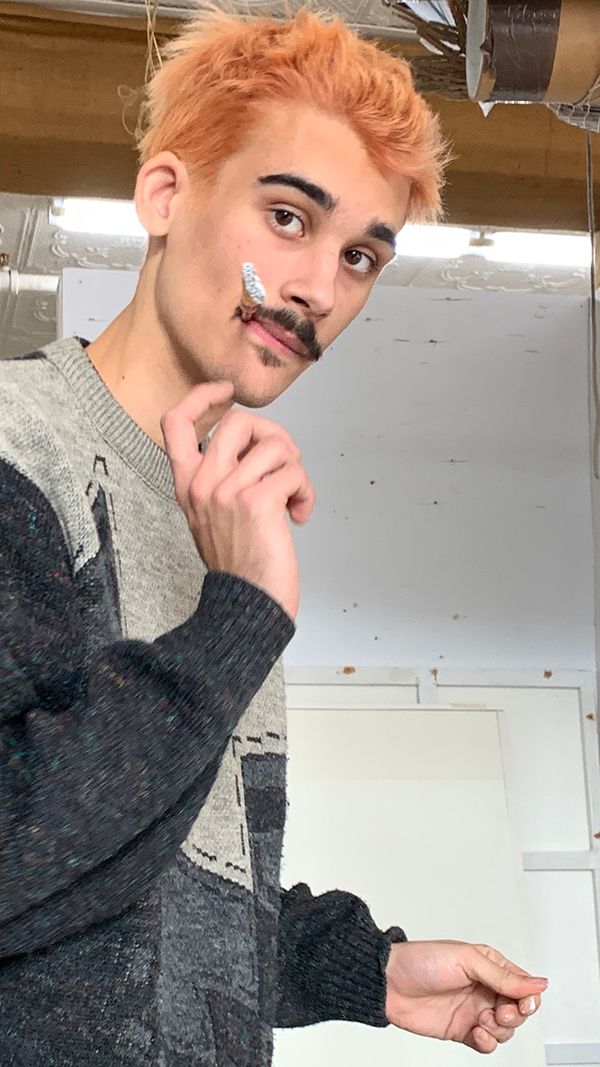 “I started to seriously consider making art as a profession when I was around 14 or 15,” he says.

“I was influenced a lot by the surrealist movement. I mostly now do oil paintings with the focus on figurative or representational paintings ... so I am usually painting people or animals with some objects and scenes.”

Interestingly, Valde is colourblind, and he joins Claude Monet and Peter Milton as artists with this characteristic.

“It is kind of ironic, because I make paintings and mix and match colours all the time, but the fact is that I am actually colourblind,” Velde says.

He draws inspiration from a multitude of places and parts of his life. Francis Bacon, the expressionistic British painter known for his raw and emotionally charged paintings filled with personal motifs, is a great influence to Valde and one of his favourite painters of all time.

“However, I don’t think I can actually fully answer (who my favourite artist is), as it is a rather complicated question for me. I try not to be a fan of anyone too much, so it’s hard for me to provide a list of who had influenced me. I would say that I tend to draw from concepts and moments instead of figures,” Valde says.

Valde’s most recent works of art include a group exhibition titled Le Salon at The Edge Gallery & Urban Art Centre and Rothko’s Pillows that made its debut at Real Love Festival.