Nicknamed “The Destroyer” by coach John Herdman during the 2012 Olympics, two-time Olympic bronze medalist and Winnipeg’s own Desiree Scott reflects on her soccer journey.

“I got involved in soccer because my older brother Nick did not want to hang out with me, but he played soccer,” she reminisces.

“That was something we bonded over, and I wanted to be just like my big brother.” 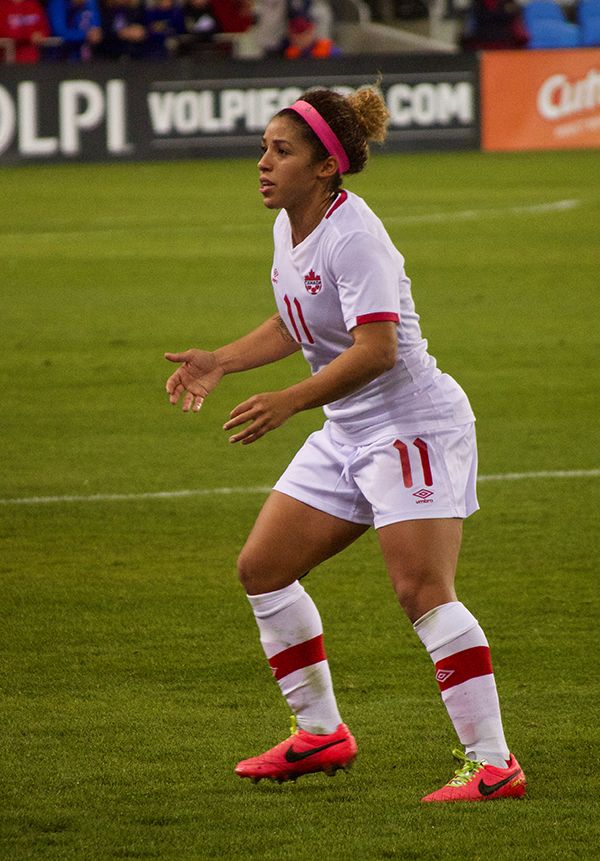 From her humble beginnings of backyard play, Scott appreciates all of the opportunities and successes she has experienced thus far.

“I am incredibly grateful and honoured to represent my country on the soccer field,” she says.

“It is an amazing thing to call this my profession. Being able to play professionally down in Utah (for the Utah Royals) is an awesome opportunity, and the University of Manitoba (U of M) was a great stepping stone in helping me to get to these levels.”

Scott still holds the U of M’s record for points and assists in women’s soccer and is a recent inductee in the Canada West Hall of Fame. She points out what it takes to continually achieve success.

“First, have a passion and love for what you are doing and recognize that if you want something bad enough, the hard work will pay off,” she says.

“This journey is not easy by any means. I am away for 10 months out of the year travelling and training. However, because I love what I am doing, that hard work becomes easier.”

This love is also extended to Winnipeg, as Scott says she has always wanted to put the city and Manitoba on the map.

“I think people discredit this province, and I wanted to prove them wrong,” she says. “This allowed me to keep going, and hopefully I can inspire other Manitobans to reach a higher level.”

Scott also inspires people through her community service. She has been an ambassador for KidSport for four years. The organization helps remove financial barriers for kids who want to play sports. She says being involved in KidSport is important, because it further allows her to be a role model for girls and kids in the city.

“It helps them stay involved in sports, and it gives them someone to look up to who can hopefully inspire them to achieve whatever goals they may have,” she says.