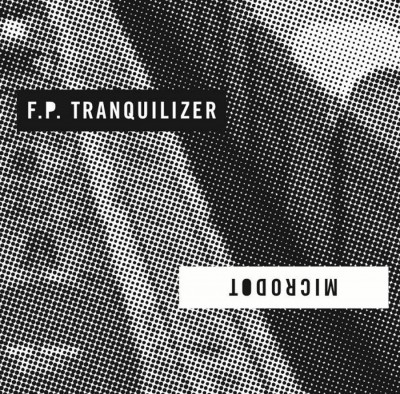 I'm not sure why these two local albums, which exist fine on their own, are delivered here on one disc, but it's okay because it's economical and it all really works together. I love the superfuzz of the 15 tracks offered by F.P. Tranquilizer, which blend digital with analog, blurred vox with laughter and pulsating tastes with unappetizing back-of-the-drawer nostalgia. Some tracks are just teases ("Junebug") while others ("Meet Me At The Forks," "Crispy Big Ones") are fully realized, and they all work within the context.

Microdot's 13 tracks are aggressive nuggets of feedback-laced garage rock in the spirit of such local favourites as The Vagiants and The Quiffs, equal parts tight and sloppy. The riffs are big ("Raven Blues," "Karluk") and the recording is simple, nothing extra is needed. It's dirty and deep in classic Microdot fashion - too big to be lo-fi, but too filthy to be "produced." What you're left with is a feeling, that maybe you've been hit by a slow-moving truck. You're bruised and broken, but you still wander down the middle of the street, because fuck it.