When I first decided to make a change, I didn’t know that sobriety was more than just not drinking. There’s a vast gulf between the absence of booze and the presence of sobriety.

Drinking is one of the oh-so creative tactics we humans have found to escape, to numb out, to access another space for a little while. So without drinking, what happens? We’re not the kind to leave a void unfilled, so the numbing tactics just shift.

Sometimes binge-watching series on Netflix steps in as the new chief route to not-being-here, or pursuing relationships, or working too hard, or compulsive snacking. Maybe a new hobby takes over. Most of these activities are perfectly normal until we become dependent on them. Then they’re not really fun. They’re simply there to fill the void of avoidance. 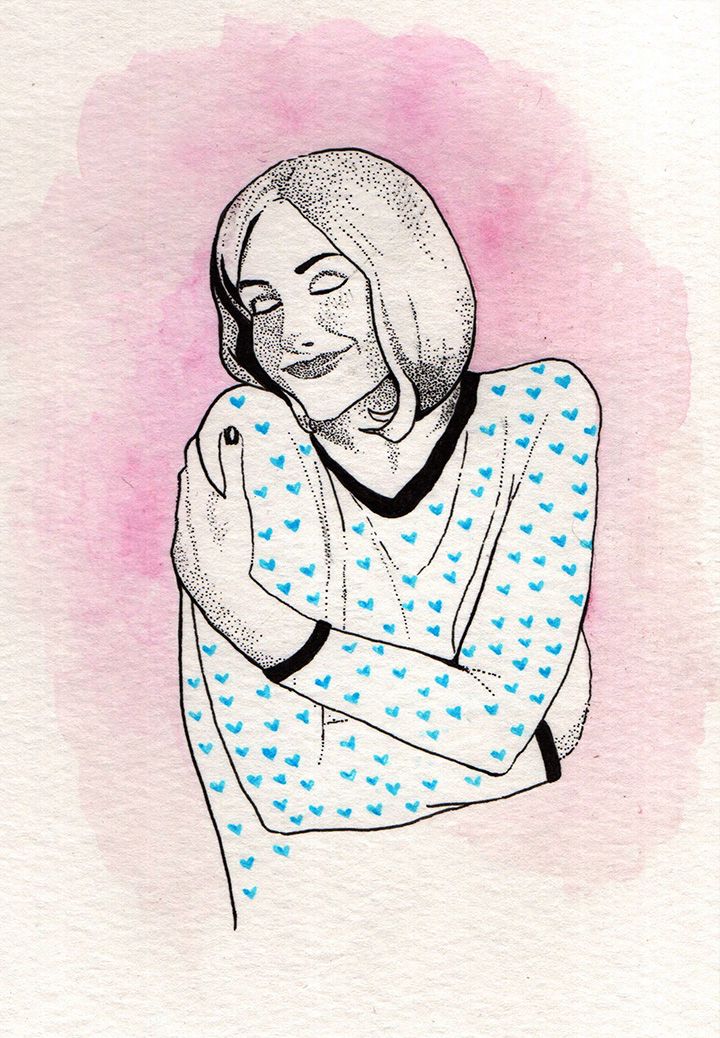 Not drinking is the first step, but sobriety is a path, with the end goal being the ability to hang out with yourself, with whatever’s happening, and not run away. And that’s no small feat.

This was all a huge surprise to me when I quit drinking.

I wrangled with the gut-wrenching reality of suddenly having to live with myself 24/7. The act of numbing out, even sporadically, had previously offered a reprieve from this. I had never had to sit in my own company so constantly, and I never noticed just how much of a jerk I was being to myself.

Jerk is an understatement, really. My mind was spinning around relentlessly, and the narrative that I’d spent so much time escaping was now undeniable, and it was unbelievably cruel.

There’s a lot of talk about self-acceptance and self-care, but in the beginning, that can be a lofty goal.

The first step was to learn how to not be a total bully to myself. Then to tolerate myself. Then, slowly, to consider being a friend to myself. Then maybe extend some kindness, some care, and maybe even some love towards myself.

Being stuck in your mind when you are your own worst enemy can be draining, hence the urge to find some reprieve from staying present. In the early days, I wasn’t drinking, but I was still reaching for whatever other only slightly less harmful tools I could use to numb out. And that’s not that unusual, or even such a bad thing. It was just part of the process.

I started out on this road alone, but my saving grace in early sobriety was finding a group of like-minded people. These folks were sober for a whole range of different reasons, but many of them had been through the same battles and had discovered different tactics and support systems to work their way closer to, if not inner peace, at least an inner cease-fire.

The ways these new friends cared for and were kind to each other gave me models for caring for and being kind to myself. Maybe I would have figured that out on my own eventually, but it would have taken a very long time.

There’s a reason many recovery programs are group-based models – we need others to help us along when we’re re-learning how to be ourselves in this new way. Because not drinking is one thing, but sobriety involves taking a good hard look at yourself, and, in many instances, making some serious changes. It’s so much more than not drinking, and that’s the very best part.

Anastasia Chipelski is the Managing Editor at The Uniter. She used to be a real jerk to herself but has since signed a truce.