Not here to spy on you

There are a lot of ways people have responded to my sobriety in public – some awkward, some less so. One of the strangest responses I’ve had so far is the so-called “are you spying on us?” response.

Usually I respond to this one with the average “I’m here for the same reasons you are” kind of thing – to see a band, usually – but there have been a few occasions where the other person has pushed it farther.

In one memorable conversation about how I was offering rides for New Year’s Eve, this guy kept suggesting that I’d have a lot of “evidence” at the end of the night. Evidence of what, I wondered? Pictures of drunk people! But to what end?

I’m sure they wouldn’t need someone else to tell them they were drunk – that’s why they were in my car in the first place, for a safe ride home, while they were drinking. Evidence that they were happy, or sleepy or had their eyeliner smeared? That’s hardly incriminating.

This line of questioning reveals a subtle kind of nervousness. Perhaps because I’m not taking part in the drunken shenanigans ritual, my presence is suspect. But to be perfectly blunt, most of the things that people find HILARIOUS!!! when they’re drunk aren’t really that funny to a sober person.

The majority of epic drunk moments only stand out as epic to those in the same state of mind. From a sober perspective, well, it’s kind of like the same old same old, except sometimes slower and slurrier or happier and more excitable. And that’s totally cool, as long as everyone’s being somewhat decent to each other.

Perhaps those who see me as a spy think that I’m there to judge. Again, sorry to disappoint, but I’m really more interested in the band than spending my night building up a sober superiority complex.

I’ll hold people to the same standards whether they’re sipping from a bottle or not: don’t be a jerk. Drinking can change some people’s personalities, and others’ less so, but it’s still up to each individual to develop an awareness of how it affects them and to be responsible for their own behaviour. And just because I’m sober doesn’t mean I’m automatically leading the social propriety police.

Wherever it comes from – fear of judgment, misunderstanding – the suspicion of a sober person’s presence draws a line between two kinds of people with the assumption that they shouldn’t mix. Why would a Sober Person go to a bar, or how could a Person Who Drinks enjoy themselves at an unlicensed venue?

Let’s be real, the two are not that different. And while drinking is central to most entertainment events, it’s rarely the only thing going on. Regardless of what we’re each imbibing, we can enjoy trivia, or music or even talking to each other!

And there’s a good chance that by the time the night evolves to the shenanigans state, you won’t find me hiding in the corner with my phone out, collecting evidence. I’m probably at home, in bed, blissfully unaware of all the fun you’re having.

Anastasia Chipelski is the managing editor of The Uniter. She has a meticulously catalogued evidence file of sunrises and her cats being cute. 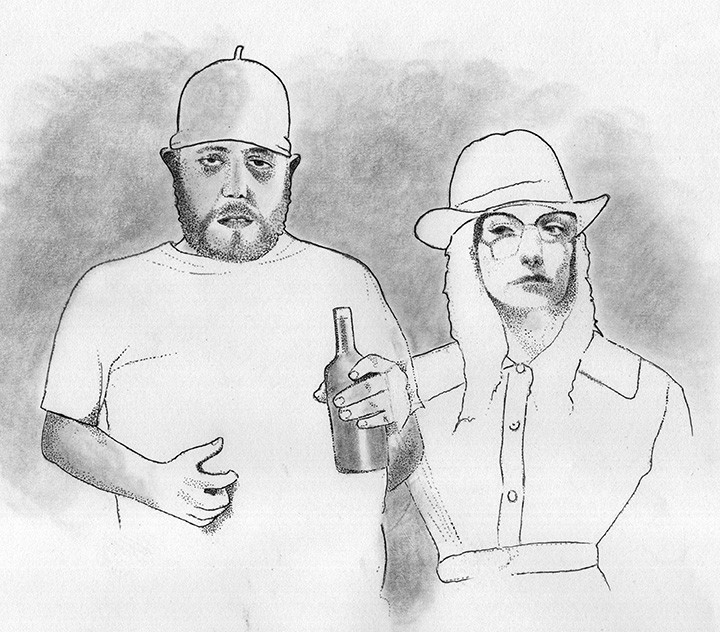