Does this bug you?

Crickets keep popping up as Winnipeg warms up to entomophagy

Let’s face it, we’re not in kindergarten anymore. Calling out “ew, that’s gross” and puckering our faces in disgust won’t make the brussel sprouts, cabbage other “ew” food just turn into ice cream.

Eventually, we learn the hard lesson. In order to stay alive, occasionally we need to eat things that may not be our first choice, but that will give us the fuel we need. But the Western world is just starting to move from velcro to lace-up shoes when it comes to entomophagy - the practice of eating insects.

Besides being a staple gag on Fear Factor, entomophagy has been gaining traction as a healthier and more environmentally sustainable option for protein and other nutrients. Crickets are being touted as the new superfood. But what does this actually look like?

Starting this year, Chef Ben Kramer of Diversity foods has been experimenting with insect cuisine. While some of the staff in Riddell Hall may have been privy to earlier taste tests, Kramer unveiled his first cricket-full dish at this winter’s RAW:Almond pop-up.

“What we did for the river to make it accessible but still kind of in your face was (that) I made a naan bread and I used cricket flour, so that was like a base entry: ‘I’m willing to taste it but I don’t want to know about it,’” Kramer explains. 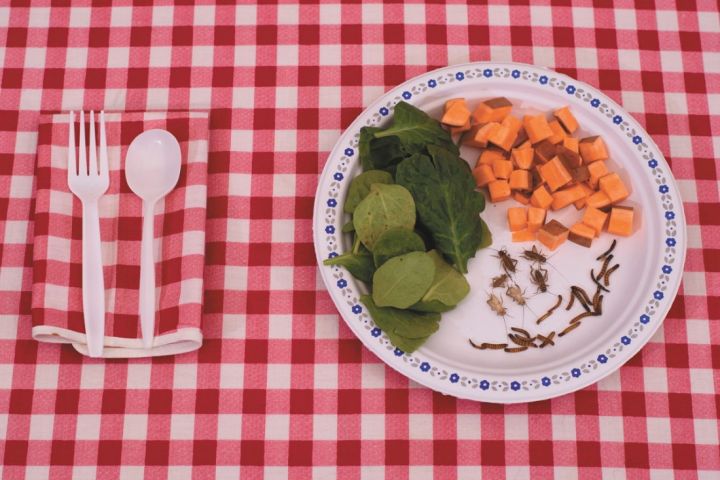 “I also made a chutney out of crickets, so then if you were really adventurous you could have the cricket bread with the cricket. And then I made some tzatziki but to mimic the cucumber strands in it, I used mealworms...So it was like: really safe, a little bit adventurous and ok, I’ll eat insects. And people ate all three, no problem.”

Kramer first tried crickets five years ago at Vij’s in Vancouver, and after a long conversation with Chef Vij, the idea stuck in his head. But it wasn’t until a conversation with his baker, Andy, that he thought to do something about it and went straight to the source.

Next Millennium Farms in Norwood, Ont., were the first food-grade cricket farm to start in North America, and are currently the only one operating in Canada. They grow organic crickets, and have developed a special feed that produces a gluten-free cricket as well.

The majority of their crickets are turned into a flour, or powder, that they then sell to manufacturers of other products looking for a cricket-infused boost. Jarrod Goldin, one of the farm’s three founding brothers, sees this as a potentially game-changing method of giving lacklustre meals a healthier boost.

For example, his young daughter is a picky eater. “There’s no nutrition in plain white pasta with butter, and it breaks my heart to have to feed it to her,” Goldin says. “We can put our powder into the noodle, it’s certainly not the healthiest food on the planet, but it’s a hell of a lot healthier than it was before we did that.”

They’re not in the business of creating and marketing products, but they do supply the roasted crickets and flour to other companies. Next Millennium supplies companies like Exo (who make cricket protein bars) and Six Foods (who make Chirps, a cricket-based chip).

They have also been working with Alex Drysdale, who is marketing protein shakes under the name Crik Nutrition. Drysdale is currently taste-testing three versions of the vanilla formula out at his family farm in Stony Mountain. Once the formula is decided, he’s taking the cricket shake to Kickstarter, and is confident that Winnipeg will welcome him warmly after they get over the initial “ew” factor.

“When I talk about the points of it, and that it’s a vanilla protein shake, we go through the sustainability and some of nutrition facts about crickets themselves, when people hear about that, everybody’s actually quite excited about it,” Drysdale says.

But he also recognizes that they’re taking a chance on something new, and that it’s up to him to deliver if he’s going to change people’s minds. “People give it one shot right now. So that’s why we’ve gotta do it right and make sure that it tastes really good.”

The “ew” factor can seem like a small personal hump, or a matter of preference, but it’s actually a larger issue. In 2013, the United Nations released a paper on entomophagy titled “Edible Insects: future prospects for food and feed security”. At almost 200 pages, it covers a lot of ground including biology, history, and how cultures shape our attitudes towards eating bugs. They unveil the roots of Western bias against the practice: 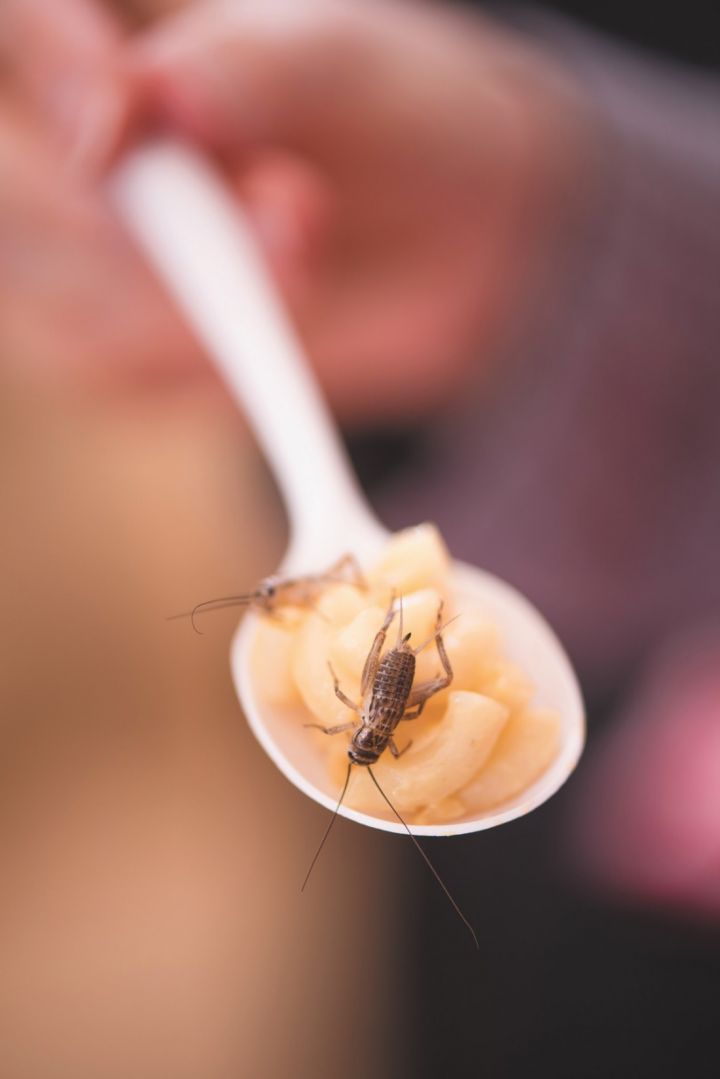 “Common prejudice against eating insects is not justified from a nutritional point of view. Insects are not inferior to other protein sources such as fish, chicken and beef. Feelings of disgust in the West towards entomophagy contributes to the common misconception that entomophagy in the developing world is prompted by starvation and is merely a survival mechanism. This is far from the truth.”

Entomophagy has persisted in many parts of the world because insects are a healthy food source. The benefits of bugs go beyond the coveted protein, which is about 60 per cent of the cricket. “I would argue that the other 40 per cent is actually a more exciting nutritional story than the 60 per cent protein,” Goldin exclaims.

“It has 26 times more B12 than beef, more iron than spinach, all nine essential amino acids, a perfect Omega-six to three ratio, and it also has a tremendous prebiotic profile. Prebiotics feed probiotics,” he says. “Probiotics are one of the most essential components to human health. They decrease inflammation, and they control the gut biome.”

Beyond the concerns of physical health, there is also the issue of sustainable food production. Crickets require much less feed, less space, and less water than other protein sources.

Even when a more sustainable option like cricket exists, there are still other barriers to break down before people will consider changing their habits.

“For people who are working in sustainability...we have to come up with ways to make the right choice the easiest choice,” Alana Lajoie-O’Malley, director of the Campus Sustainability office, says. “What I would ask is, how can eating crickets become more convenient?”

On campus, choices like supporting local producers and organic agriculture are made easier by having Diversity Foods in Riddell Hall, as it’s the closest cafeteria for most people, Lajoie-O’Malley says.

And while sustainable and ethical food sourcing is a priority for chefs like Kramer, diners are also becoming more informed and demanding more of their meals. “The consumers are more educated than ever, which has forced a lot of cooks to catch up as well,” Kramer says, and to him, that’s a positive change.

“I think all of this newness and this technology and this access to information is actually benefitting us a little bit in that we’re ready,” he says. “This insect thing? Nobody’s surprised by it when I mention it. They’re excited about it.”

Despite some of this growing anticipation, it will take a bit more work to establish cricket convenience. Next Millennium has only been producing food-grade crickets for a year and a half now, and across the country, more infrastructure and systems are needed.

But if you have a chance to snack on some roasted cricket, what can you expect?

“It reminds me a lot of a sunflower seed,” Kramer explains. “And then the crickets themselves have the texture of a toasted pumpkin seed, they kind of pop like that.”

Visit nextmillenniumfarms.com to learn more about cricket poduction, and follow Crik Nutrition on Twitter (@CrikNutrition) for more updates about their product. Chef Ben Kramer spends most days cooking in Riddell Hall, but he also tweets (@ChefBenKramer) from time to time.