Never were the way she was

Independent of each other, Colin Stetson and Sarah Neufeld are some of the most talented and exciting musicians in contemporary music. First released in 2008 and completed in 2013, Stetson’s New History Warfare trilogy is a fascinating and absorbing body of saxophone work.

As a violinist, Neufeld is probably most recognizable as a member of Arcade Fire and Belle Orchestre. She took a decidedly different turn from those projects on her 2013 debut solo release, Hero Brother. The album is dark in both its themes and visual aesthetic, with grim oceanic artwork and compositions that echo in a cave-like way.

Together on Never were the way she was, Stetson and Neufeld have masterfully created a beautiful and engrossing soundscape of dark fantasy and emotional complexity. Constellation Records describes Never were the way she was as, “guided by the metaphorical narrative of the life of a girl . . . excited, exalted, and ultimately exiled in her search for a world that resembles her experience.”

“The sun roars into view” opens the album with a blanket sense of hopeful naivety, broken periodically by moments of anxious despair. Moving through “Won’t be a thing to become,” Stetson’s saxophone (or clarinet, I can’t tell) slouches onwards with dark responsibility.

“In the vespers” is a game of cat and mouse, reflected in its changing and dynamic composition. Lulls of dark melodic ambience follows in “And they still move,” continuing with the metallic elephantine sounds of “With the dark hug of time.”

We’re ripped up from these depths with “The rest of us,” a track that’s energetic, and abrasively ceremonial. The title track, “Never were the way she was” expresses such sad beauty, unfolding out from itself in a forlorn showing of what’s become of the album’s (metaphorical) heroine. Finally, at 1:38, “Flight” is a short cathartic goodbye.

Overall the album is unsettling, intuitive, impressive, and a total pleasure to listen to. 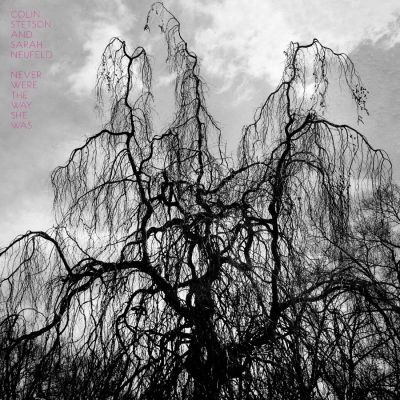