CENSUS FOR THE STREETS

The task seems ominous – trying to count all of Winnipeg’s homeless.

It’s a population that shuffles, hides and suffers in relative silence, doing its best to avoid detection.

And although plenty have tried, no one has definitively pegged the number of homeless people in Winnipeg, a number that would include those living on the streets, in shelters or couch-surfing with friends and family. The most recent estimate is 2,750.

The Social Planning Council of Winnipeg and 19 other social agencies conducted the city’s first in-depth homelessness street census on Oct. 25 and 26. The groups sent 300 volunteers into the community to interview the homeless in trios and pairs, their pockets full of cigarettes, bus tickets and granola bars to share with the interviewees.

Each interviewer asks a standard set of 19 questions about the person’s background, gender, age and history of homelessness – What led you to being homeless for the first time? Are any family members staying with you tonight? What do you think is keeping you from finding a place of your own? – and reports back the results.

The final street census summary is expected by the end of December.

Once social agencies in Winnipeg have a more accurate number of the homeless people in the city, they can apply for more federal funding. The former Conservative government put $600 million on the table for homelessness initiatives.

Volunteers met at Thunderbird House and were paired up – some of them with complete strangers, like Cathy Chalmers and Ramona Ladouceur – before setting out to visit shelters around the city on the evening of Oct. 25. The next day, they would survey the streets and places where homeless people might be during the day, like Agape Table and the Millennium Library. 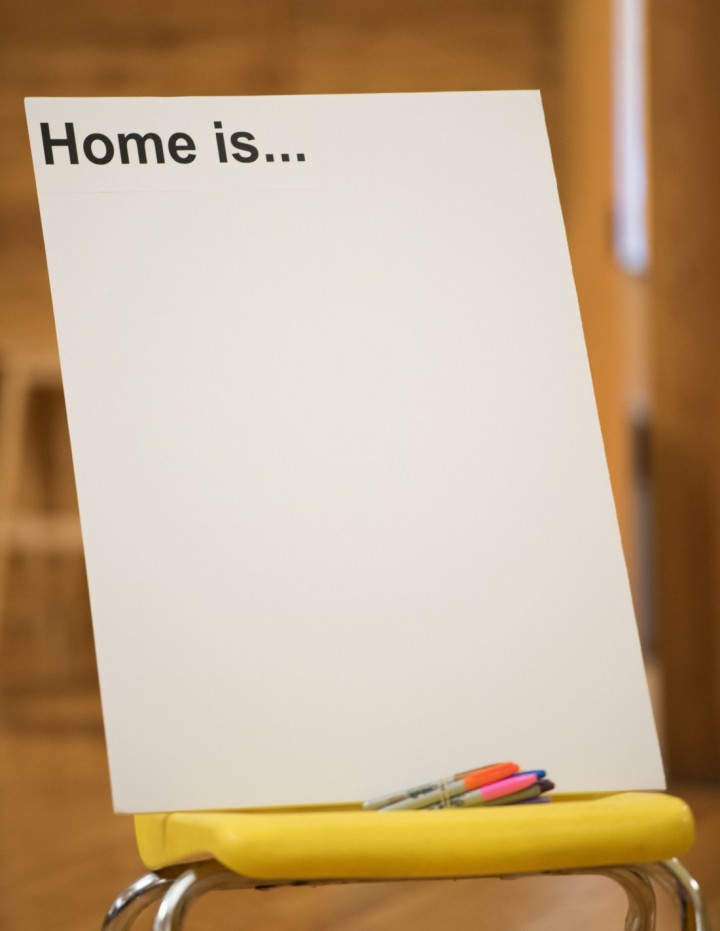 Homeless Winnipeggers are invited to leave their thoughts on a white board after their interview.

“I’m hoping the people we talk to as well are open to it and not feeling like people are in their face,” Chalmers says.

She is a high school teacher who volunteers at Siloam Mission with her students and was headed to interview people staying at the Main Street Project.

“I’ve never been in the Main Street Project before so I’m really interested to see what kind of services they provide there. And just to be able to sit down and talk with people. A lot of times when I’m at Siloam, I’m with the students…You don’t get the opportunity to sit down face to face,” she says.

Ladouceur, a student in Red River College’s Urban Circle program, spotted the call for volunteers on Facebook and decided to sign up.

“We’ll hopefully give the people some hope and find some resources for them,” she says.

One of many interviewed at the Main Street Project is named Darrel. He’s a middle-aged indigenous man who says he doesn’t know for sure when he first became homeless – it must have been at least three and a half years ago, he says.

The interviewer asks the series of questions and Darrel talks about having a learning disability and Fetal Alcohol Spectrum Disorder.

Will he be staying here tonight?

When he finishes the interview and gets offered a granola bar and cigarette, Darrel smiles for the first time during the interview.

His story was heard and noted. Now he heads out of the shelter, back into the night.